The headlights and the northern lights 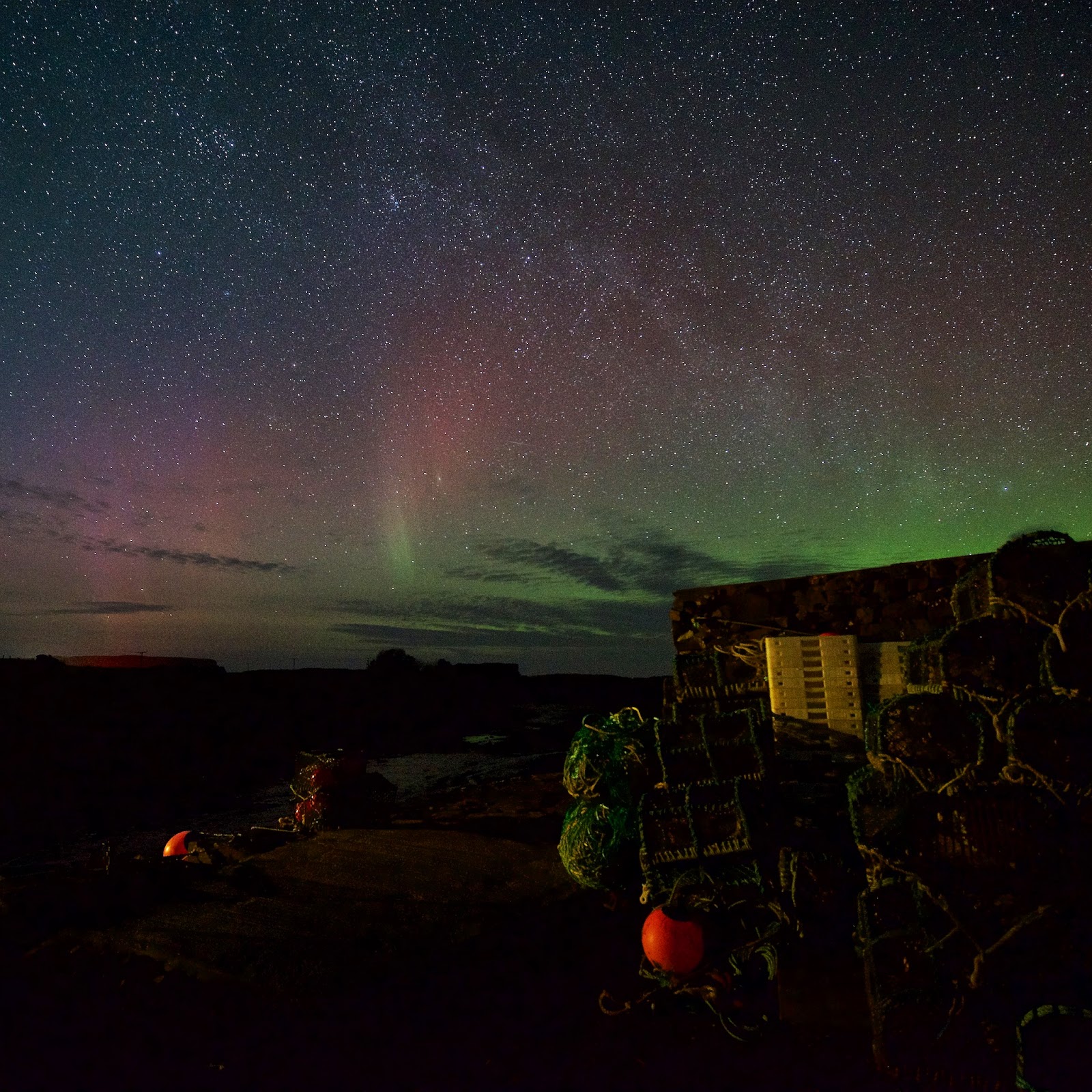 I didn't expect after Tuesday nights wondrous display to find myself back outside the next night.  The day had been beautiful, clear and crisp, with a gentle sunset.  The clouds that xcweather were forecasting for evening were nowhere to be seen and the stars were so bright. 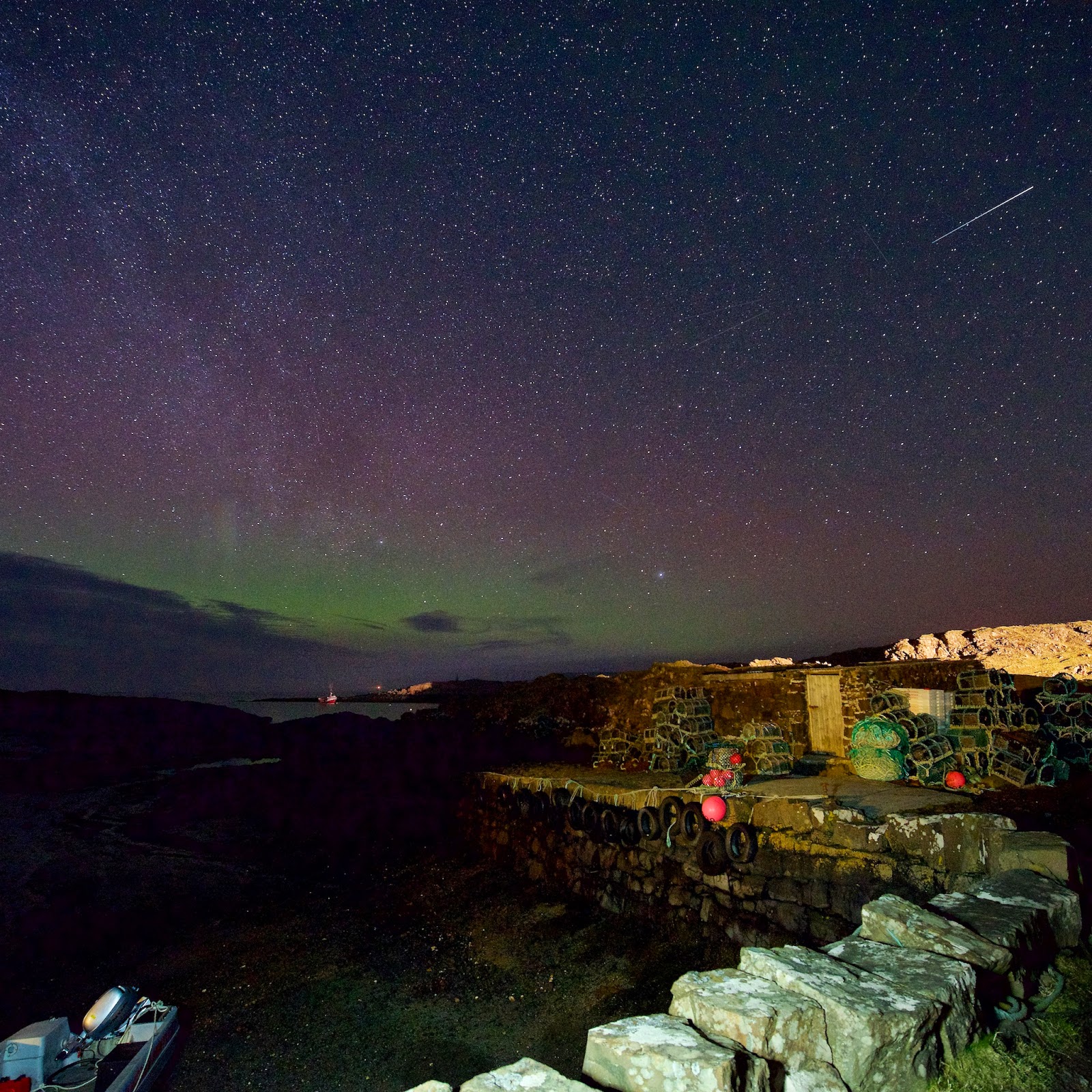 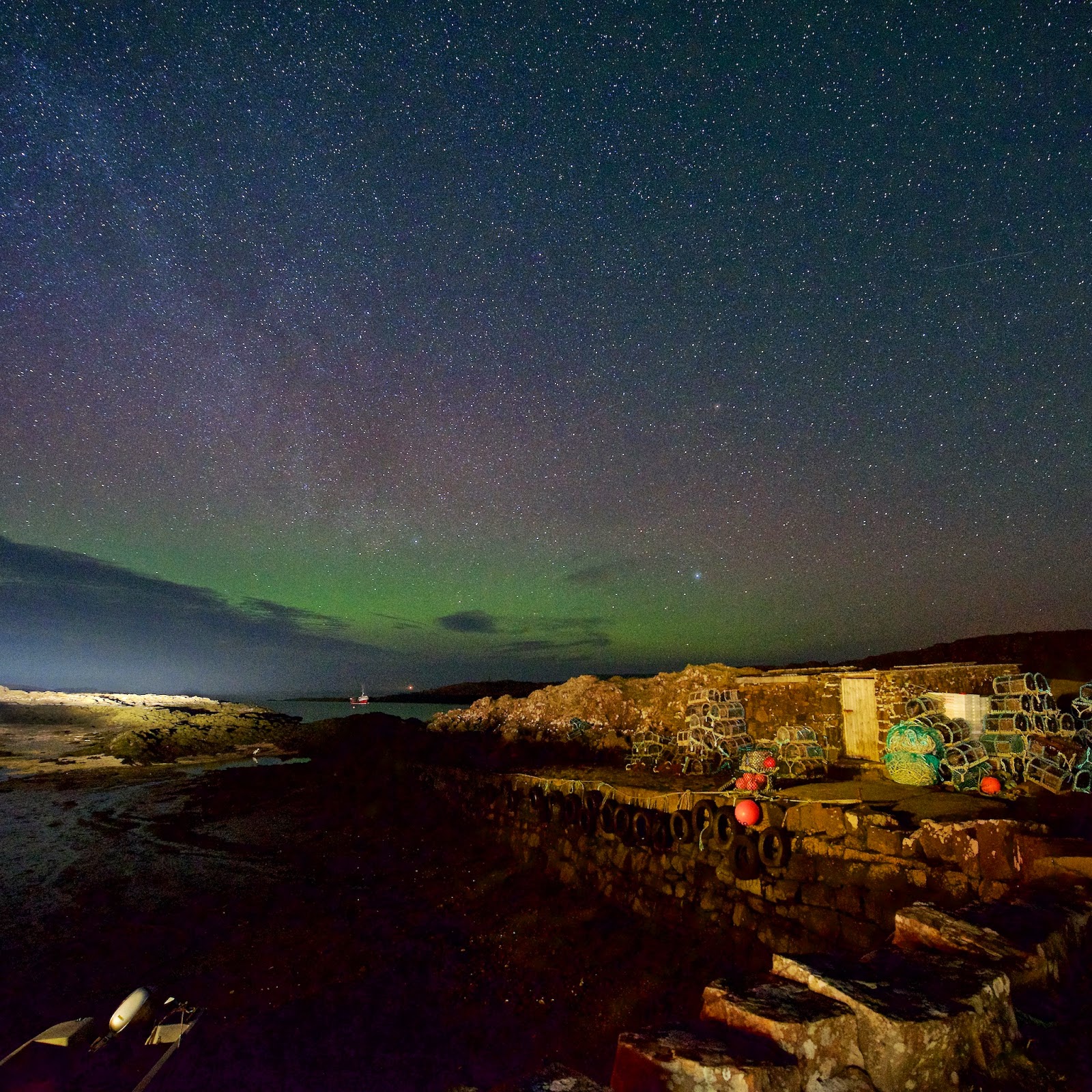 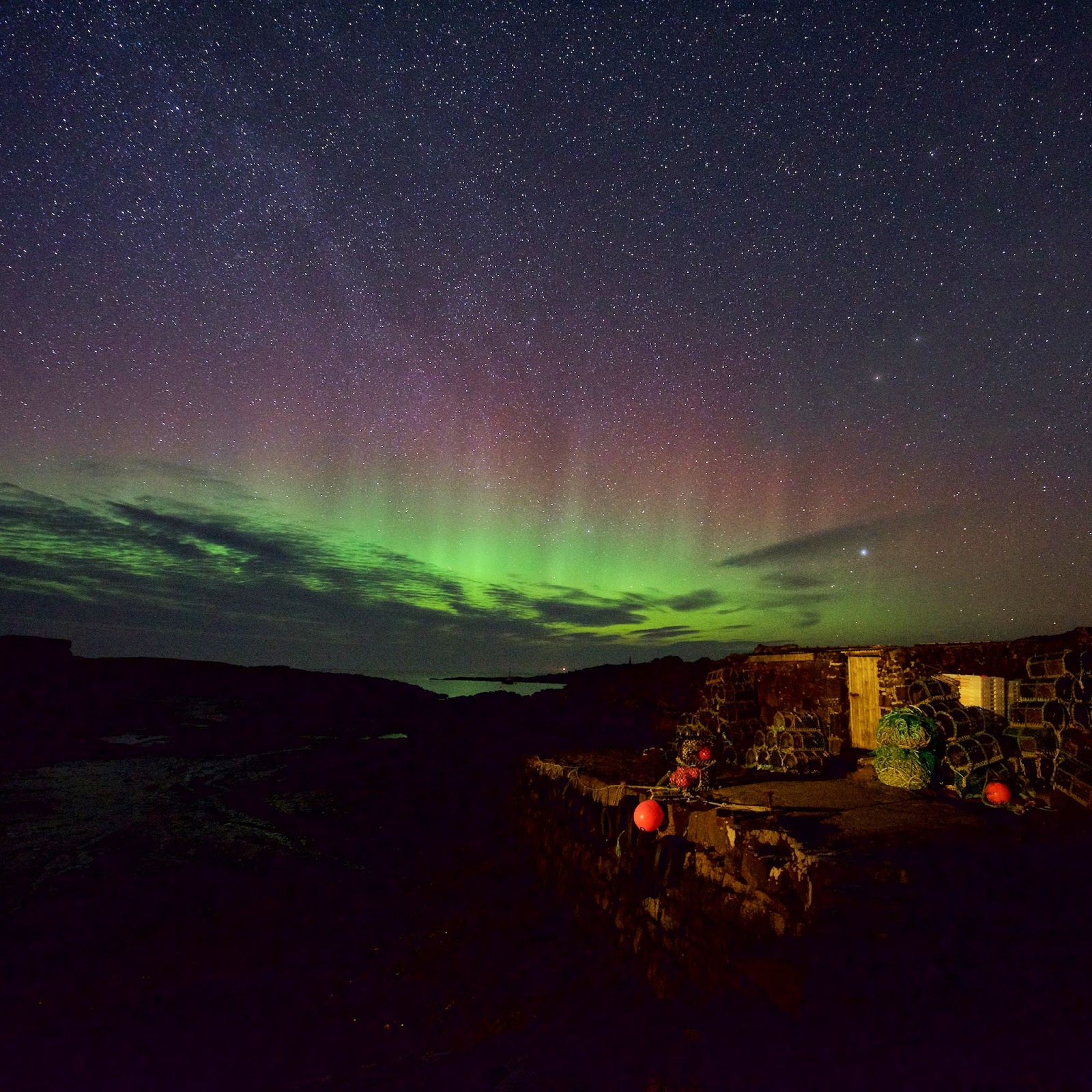 I took a photograph of Croig in November under a very starry sky, and I have been waiting since then to try and get a similar image but with the Northern Lights! The lights from the farmhouse were on and casting enough light on the fishermen's pier to light up the buoys and the sheds. 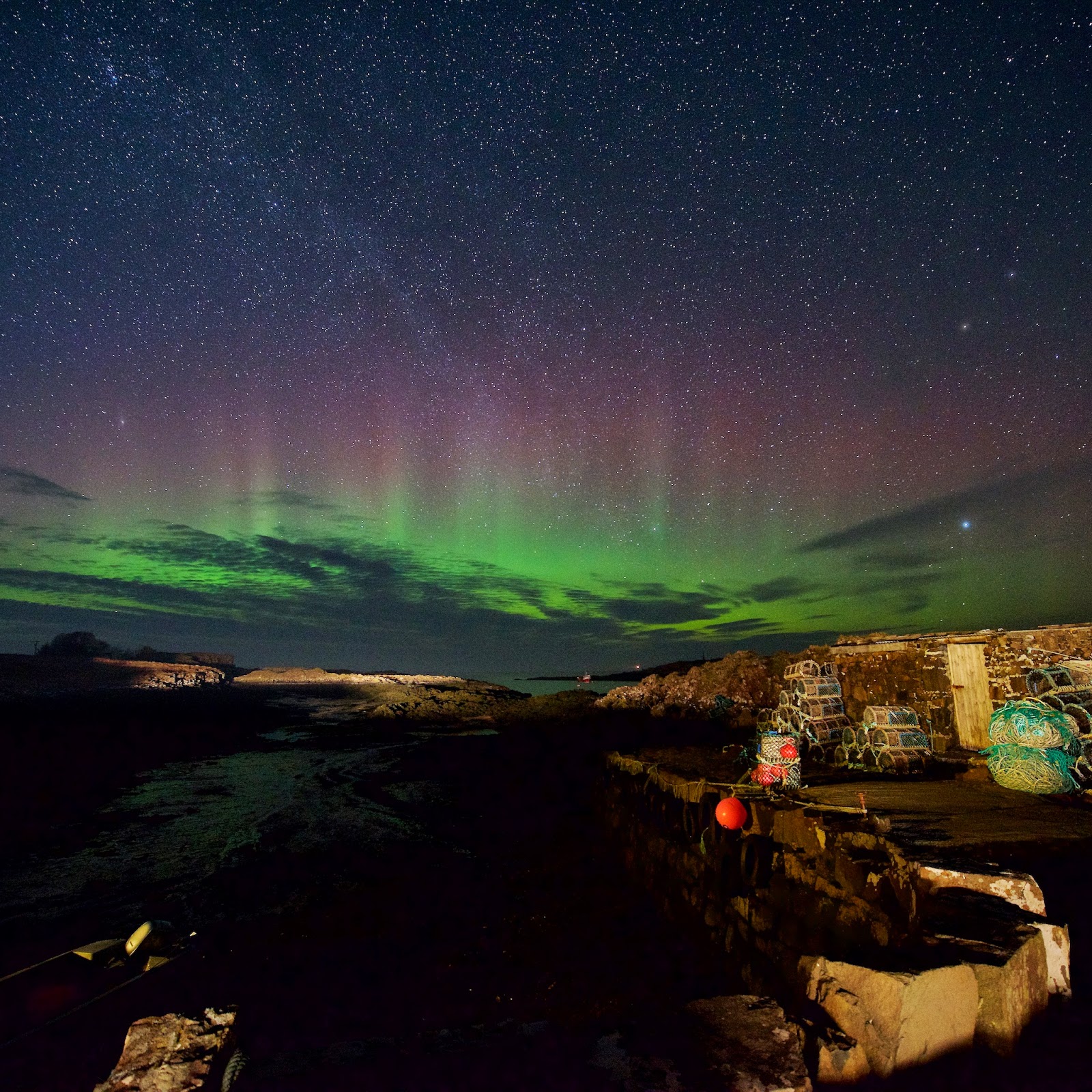 Twice the extreme silence was broken by residents returning home.   And so twice I was able to catch the headlights as they curled round the corners illuminating the darkness. 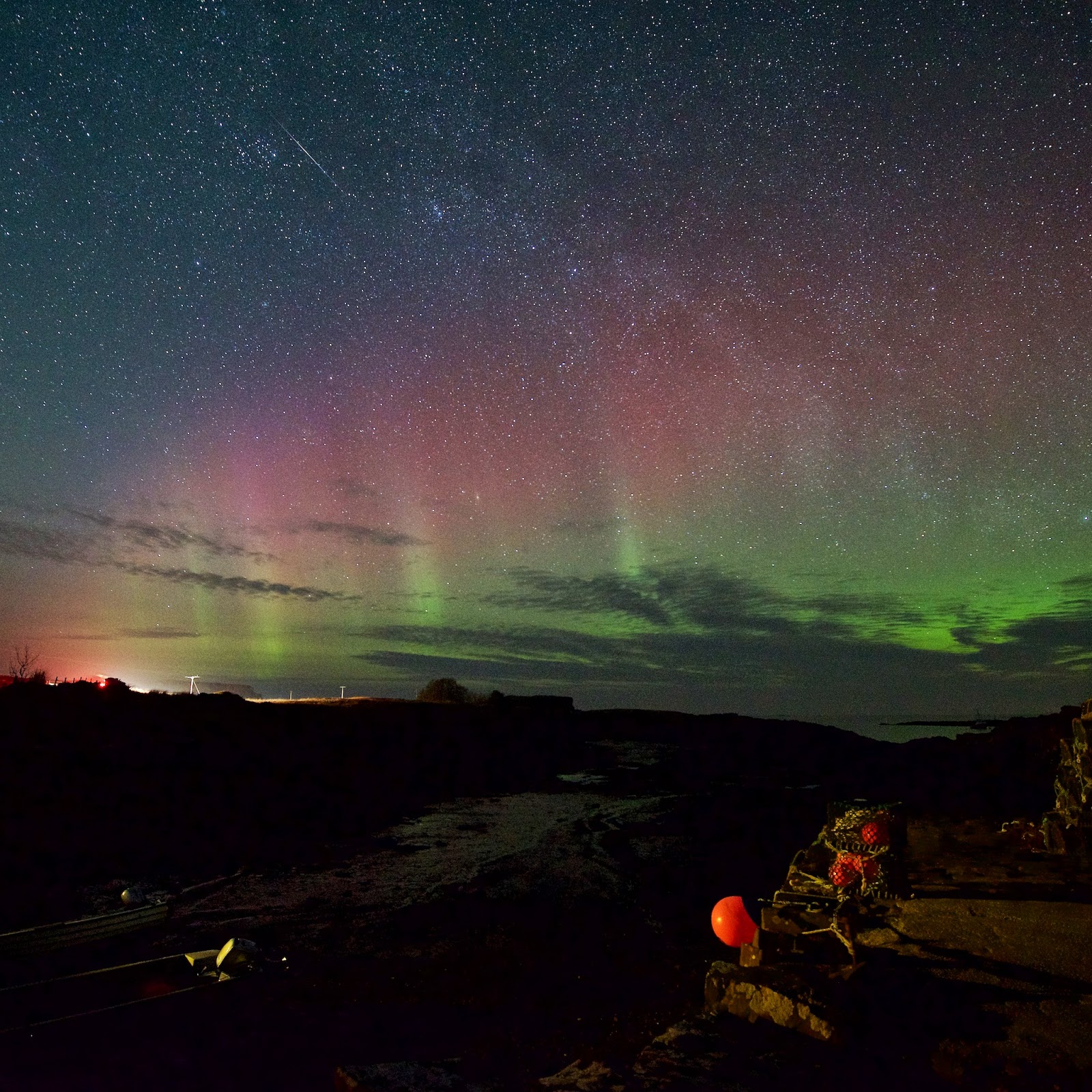 My peace was not shattered for long, and the silence returned to the haunting call of a solitary heron, lit up in one of the car headlight photographs standing stock still in the shallow mud on the other side of the natural harbour. 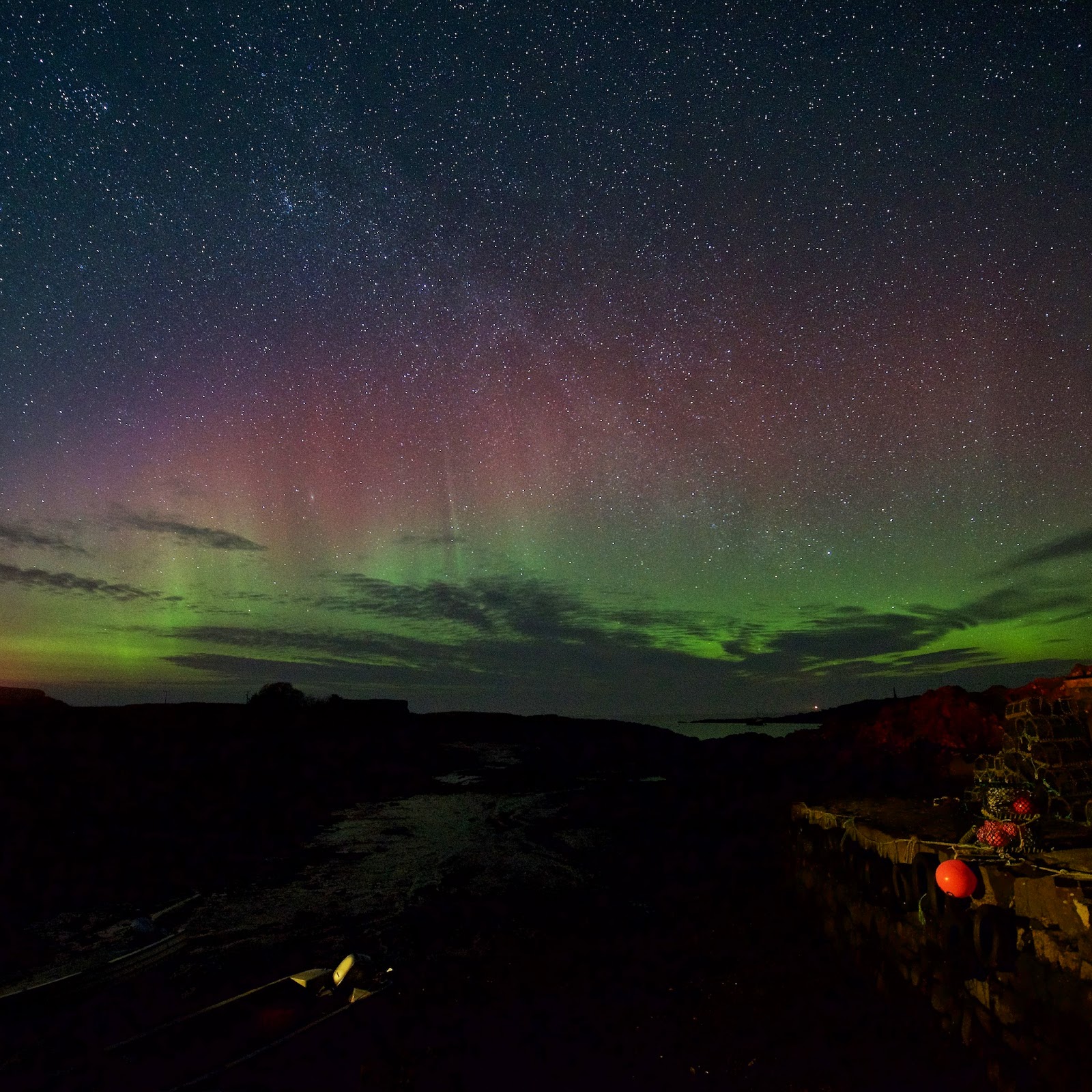 After an hour of silence and light I went home.  The aurora was still glowing gently on the north horizon, but I was tired and cold and needed my bed.  Other aurora chasers on the island got more photographs later on!