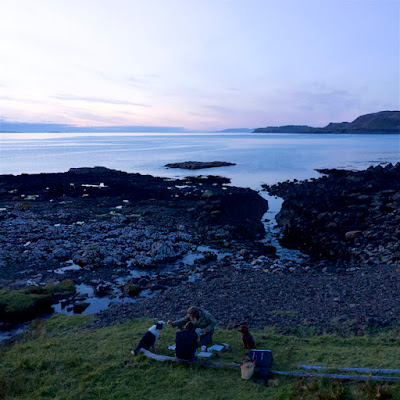 All the lambs are sold now bar a few stragglers who will go later in the autumn.  The place looks quite empty without them.

We managed to have a last picnic down by the Boathouse earlier in the month.  It was warm and very still, and the sunset was magical. 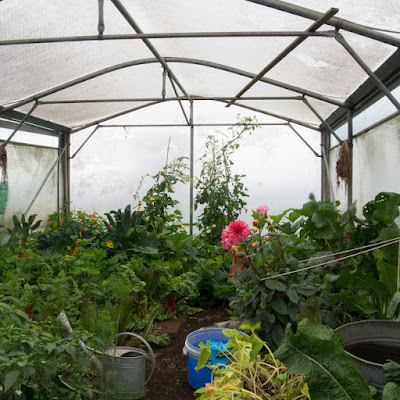 Still lots of greenery in the Keder.  I have harvested masses of tomatoes, which I 'sun-dried' using a low oven, and put in olive oil.  They are delicious and I suspect won't last long! 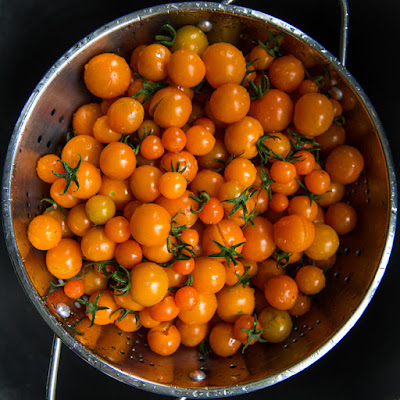 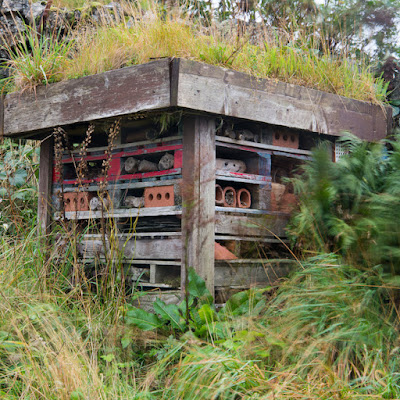 We have had some rain recently.  (possibly an understatement!)  Farmer said there was 3 inches over one weekend, and this makes keeping the track in as good as a condition as we want it to be in, quite hard.  You fill the potholes, and no sooner than it has rained that hard again, and the potholes are back.   It is quite a back breaking job as you can imagine. 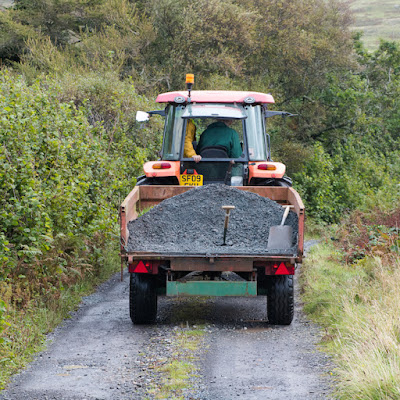 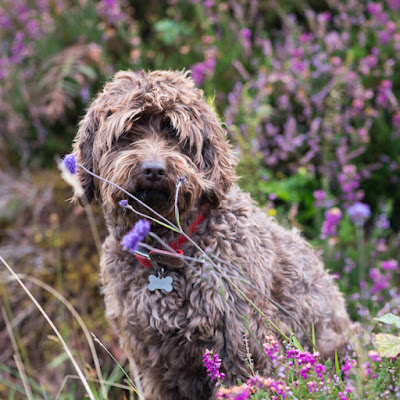 We had an invasion of caterpillars.  Coco sat patiently while I photographed them.   They are Buff-tip moth caterpillars, and will overwinter in the undergrowth under the Hazel and Birch trees they have almost stripped bare!  We will definitely be looking out for lots of moths next year. 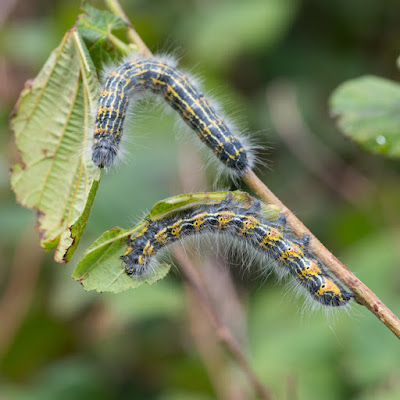 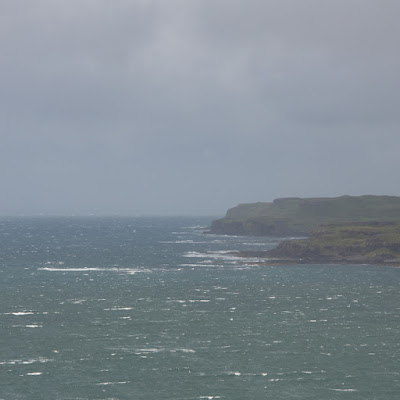 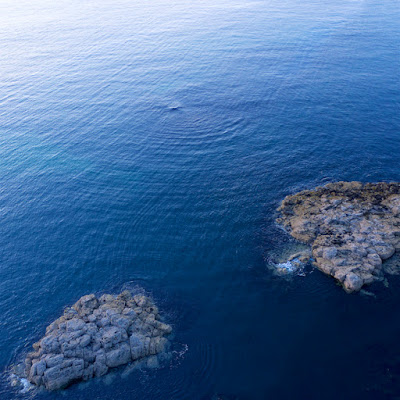 In the middle of the month we took off to the other end of the country, taking Daughter down to the art school of her choice.  We had a bit of an Indian summer down there too, which was lovely.  We came home to this beautiful sunset on Tuesday! 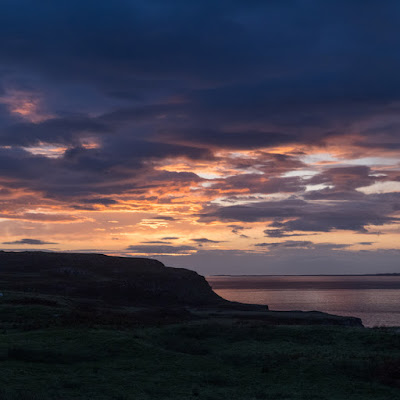 Jamie's cows are enjoying the mild autumn days.  They are doing a good job of munching down the Black Park and the Haunn field. 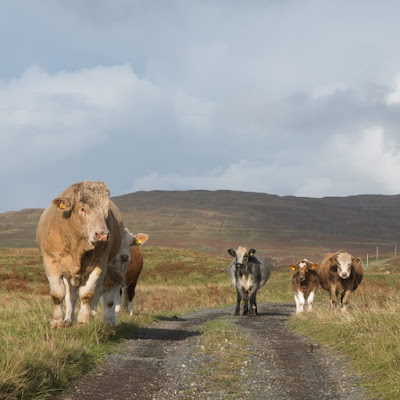 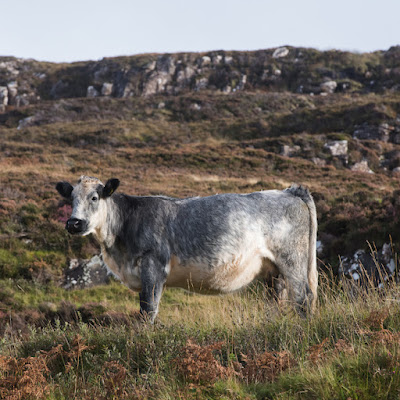 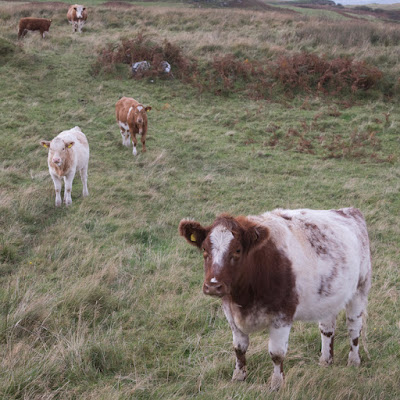 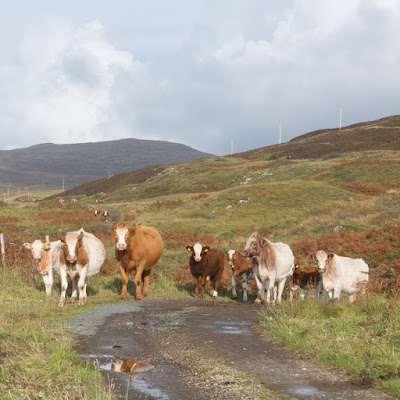 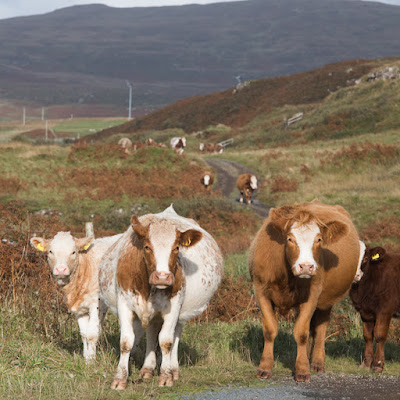 Seed collecting for Kew Gardens... Mull Native Woodlands Group are collecting seed for a project at Kew Gardens to create a tree and shrub tree seed bank.   A determined group of collectors came over yesterday afternoon and we endeavoured to collect Hazel, Alder and Honeysuckle.  There are strict guidelines as to how to go about this and how to record what you collect and where you collect it from.

We had A, the MNWG chair, keeping us right.   We found a good amount of Honeysuckle, though a lot of seed had already been taken by birds, or fallen off in the wind, or dried up.    We didn't find as many Hazel nuts as we had hoped, but presume the wind will have played a part in scattering them far and wide.  Kew don't want seed that has fallen on the ground, but when we found nuts on the ground we kept them separate to use for the MNWG tree nursery. 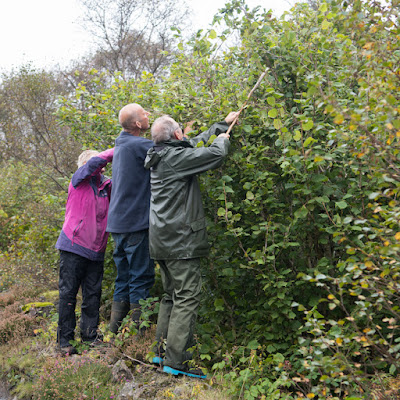 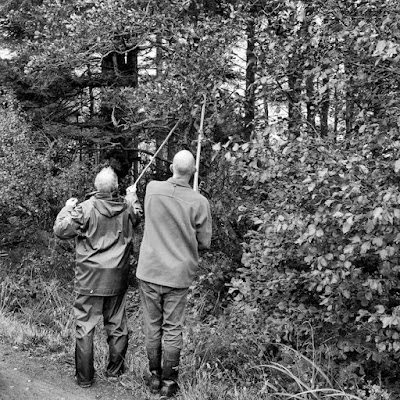 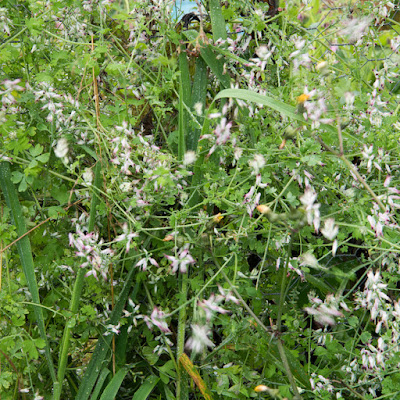 This is White Ramping-fumitory.  The only records of this wild flower on Mull are here at Treshnish.

Prasad has nurtured and protected the tender plants since he first recorded it in May 2014. I think it is perfectly safe now!   Seen here growing rampantly where it has self-seeded - safely away from sheep and rabbits - in our veg garden.

The Aurora season has started.  Farmer alerted me to a bright sky on Saturday night, and I set the camera up.  Unfortunately there was a lot of cloud on the horizon so we didn't get the amazing activity they photographed on Orkney and Shetland.  But as the days get shorter, it was good to feel the night skies were active again, and of course overhead the stars were wonderful! 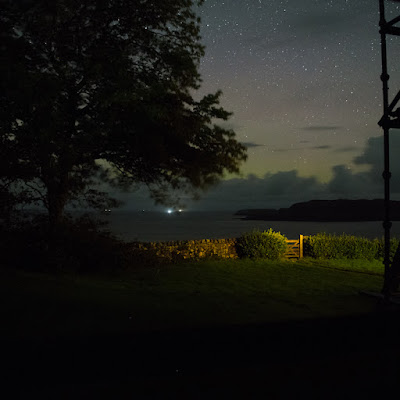 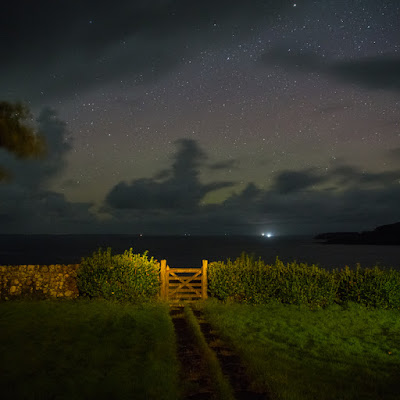 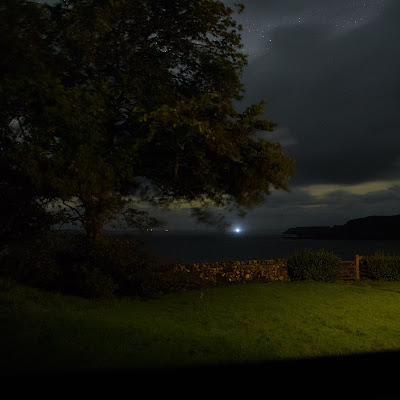