Nearly the end of March

March has been a cold and dry month, but without snow.  The east wind is a drying wind, so the fields look very brown.  At this time of year we need the grass to be growing so that there is adequate nutrition for the ewes.

Lambing starts soon.  The 9 Herdwicks were tupped early in the hope that their lambs would start appearing to coincide with the school holidays so that Teenager would be at home to be there as needed.   So that is next weekend.  The main flock should start in mid April. 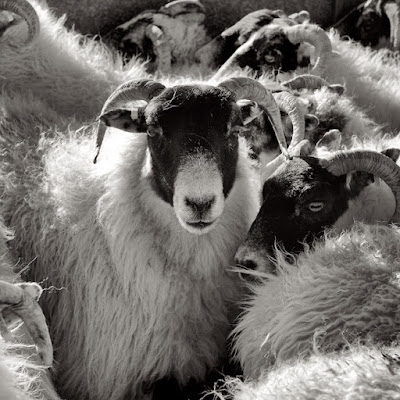 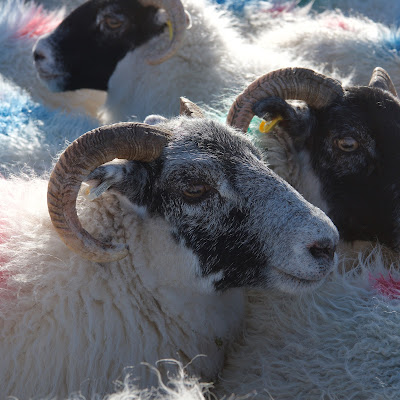 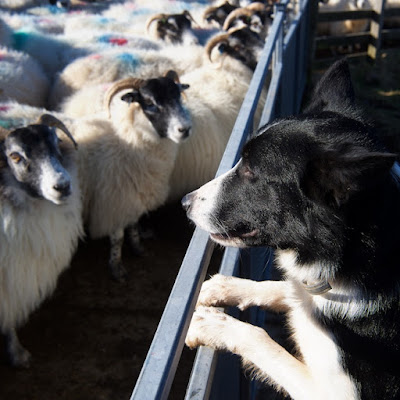 We are in the middle of applying for a grant from the Government to support 5 years of environmental management.  This scheme is called AECS - Agri-Environment Climate Scheme.

The first scheme we were involved in was the ESA - Environmentally Sensitive Area Scheme.  We entered in 1995/6.  It showed us the importance of late cut silage for protecting ground nesting birds as well as allowing flowers to set seed.   We were in this scheme for 10 years, then in the RSS - Rural Stewardship Scheme and the last one which finished 2 years ago was the Rural Priorities. 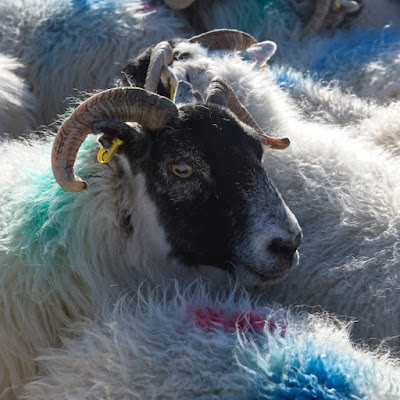 Each scheme has its target species, and we manage the fields in the hope that the grazing breaks and late cutting of silage will improve the habitats for those target species.  This time round the species include Marsh Fritillary butterflies (same as last scheme), Curlew (I am excited about this as we have had them nesting here for the last few years, saw first one two days ago..), other Waders and Hen Harrier.  We quite often see Hen Harriers over the Haunn fields so it would be wonderful to see them breed here. 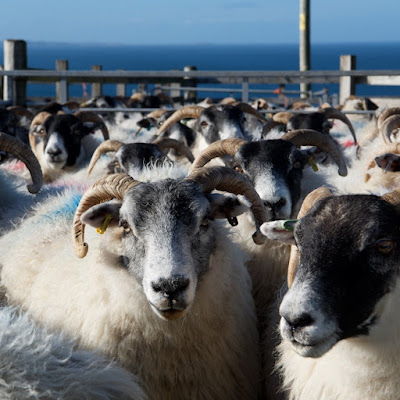 There have been some clear skies at night which is always fun.  One night guests in all four Treshnish Cottages either saw the glow with their naked eye or caught the colour on camera.  One man, a frequent visitor to Mull, said it had made his holiday! 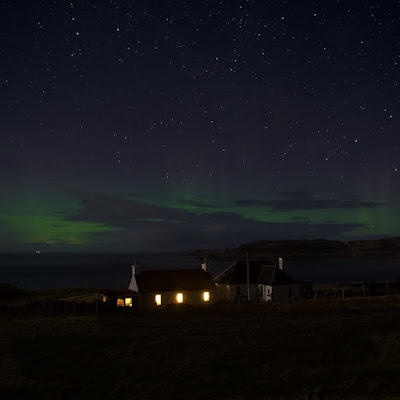 Not only did we have the aurora but we had a Steve too. 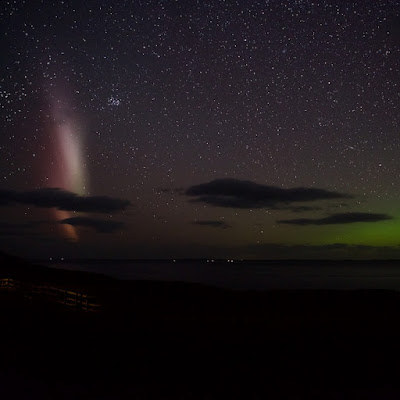 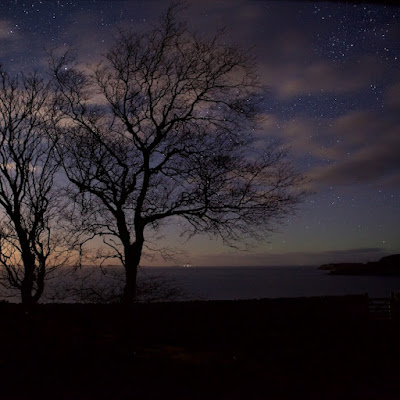 Up in the air!

I was given a drone for my birthday two birthdays ago, and it has taken me all this time to get it up in the air!  I am now hooked!

Here are some of the photographs from the first couple of flights. 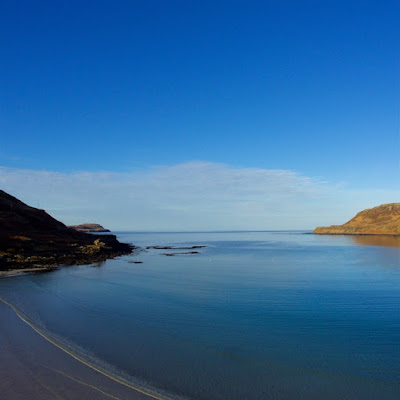 Calgary Bay with the Treshnish headland appearing on the left horizon. 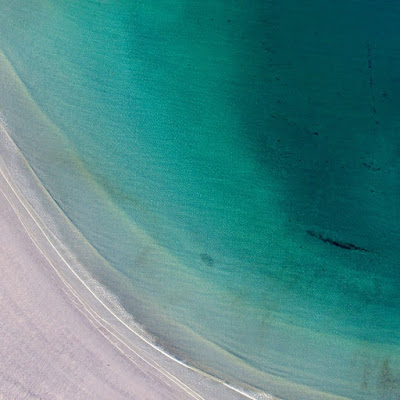 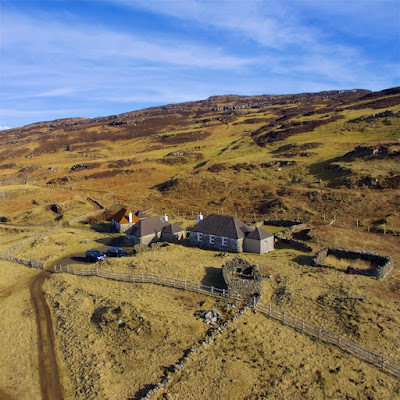 East with its new tin roof. 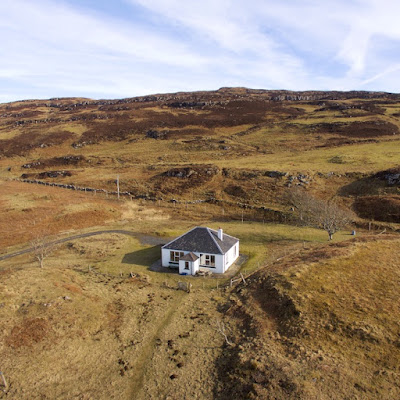 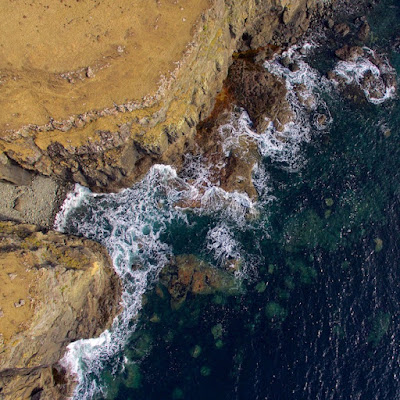 A fragment of coastline between Dun Haunn and the Point 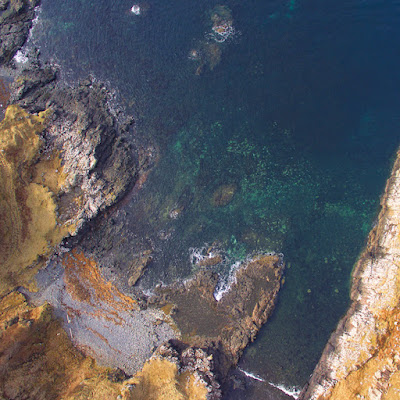 The mouth of Ensay Burn 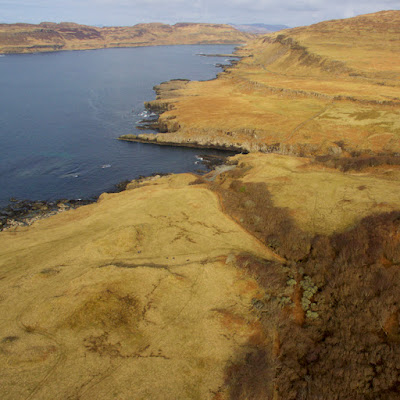 Here I was standing in the field in front of the farmhouse, so the woodland bottom right, is the woodland near the house.  Looking towards Calgary Beach. 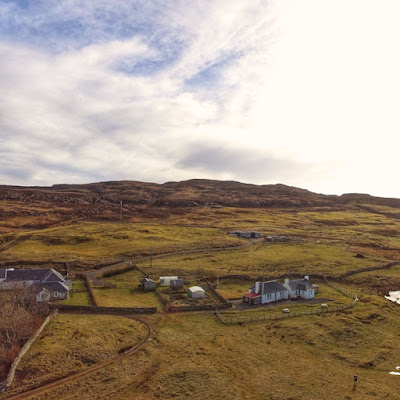