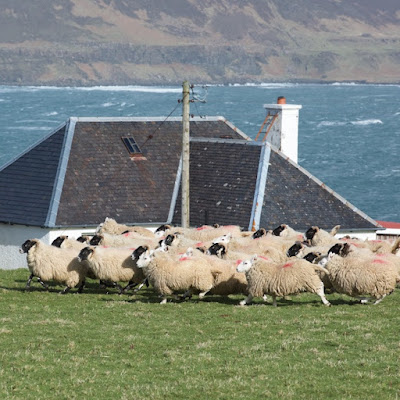 We had a storm last week. The media called it Storm Gareth.   We called it windy, and battened down the hatches.  In fact, as is often the case, it was perhaps not as windy as forecast it would be.  But that is a good thing!    We had a quick power cut but the great team from the Hydro got us back on within a couple of hours.

There didn't seem to be any damage to buildings, rooves or poly tunnels so we were relieved about that. 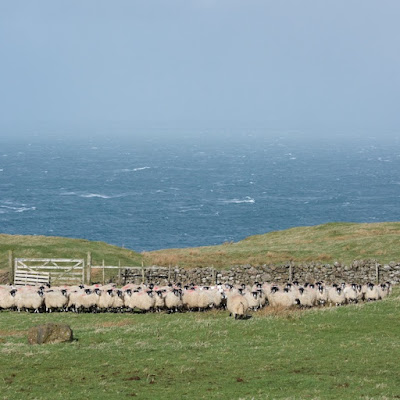 Farmer had just put the hoggs out. They have been in the big shed all winter, and were getting through a lot of hay which we want to save for the gimmers (first time lambers) who will be in the shed at lambing time.  It must have been a bit of a shock for the hoggs, but they enjoyed running about the field in a big group! 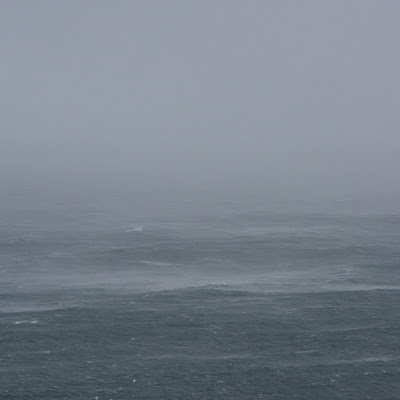 The storm came in. 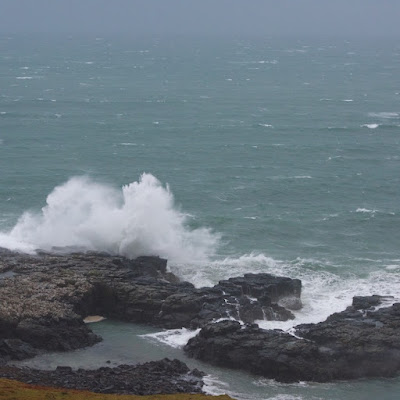 And once it had blown through Farmer headed off towards Port Haunn to put out some feed blocks.  If you have walked along the coast, from the Haunn cottages you will know the track is quite steep in places.

Unfortunately there had been some storm damage after all.  A night of heavy rain following days of wet weather encouraged a landslide to slip.

This is a nightmare for us.  It is a vital route for getting out to the ewes at lambing time, with a trailer, so Farmer can bring back anything that needs attention.   We don't know how we can fix this, or prevent any more of it from sliding. 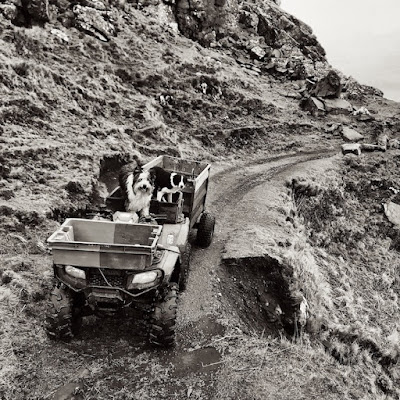 After a few days the hoggs are settling down.  They are still very much the excitable teenagers though and huddle in a big gang at the slightest suggestion of anyone walking past.  They have slowed down though and don't run at full speed like they did to begin with. 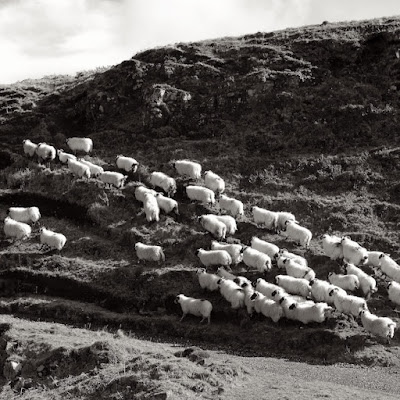 Signs of spring are beginning to show.  The Magnolia is coming out in the woodland by the Ensay Burn.   Daffodils are flowering everywhere. 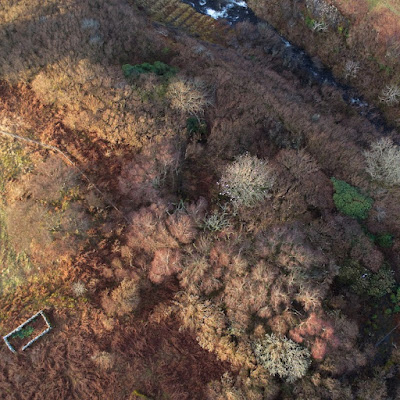 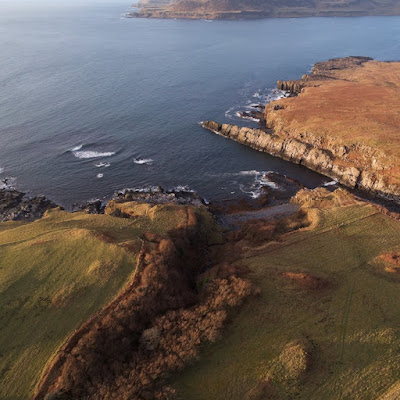 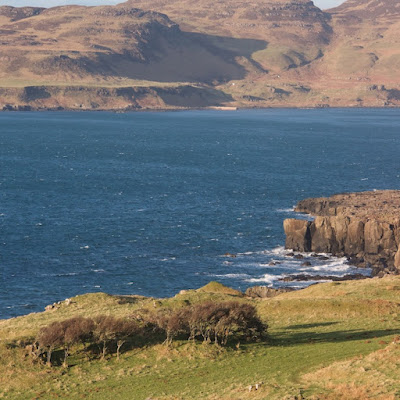 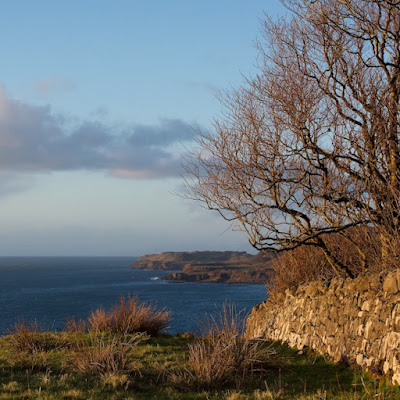 We have had one notable clear night combined with aurora activity recently! 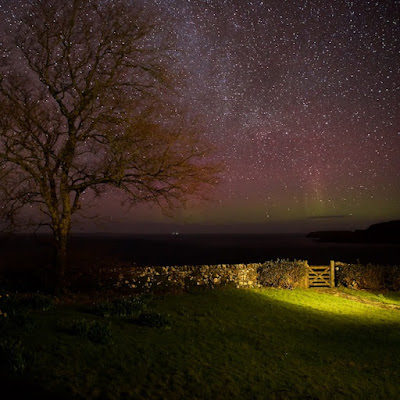 Greylag geese are making their presence known.  Their numbers are increasing each year, and whilst they are lovely to see, I wish they didn't eat so much.  4 geese eat the equivalent of 1 sheep. 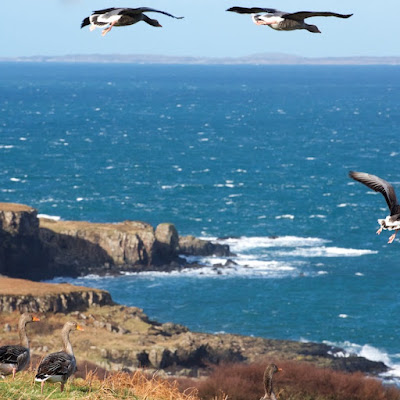 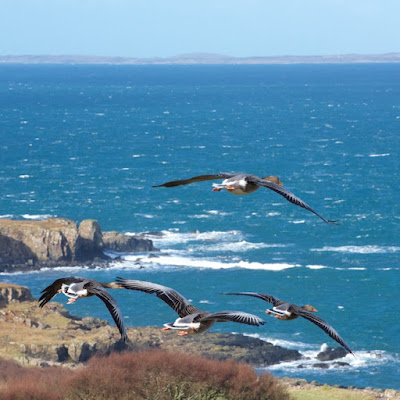 The Herdwicks are in the field below the house. They have Alice with them, who was the first pet lamb I wrote about when I started this blog in 2009.  She was found half dead at lambing time and rescued by Farmer and 9 year old Daughter.  She is too old to have any more lambs so has retired from the Cheviot flock and is closer at hand for extra rations with the Herdies.  She will be 10 next month. 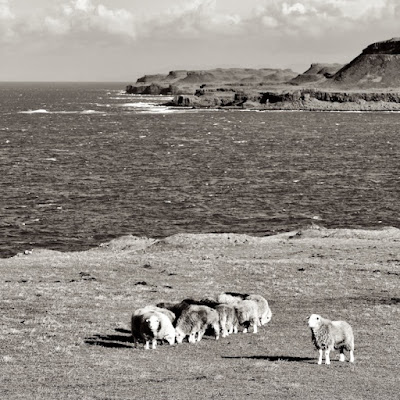 As well as feeding the Herdwicks Farmer seems to be feeding a large flock of Common gulls.  They have started to hang around on the hill above the farmhouse, their usual breeding ground.

We are also hearing Curlew so we hope that is them back to breed too. 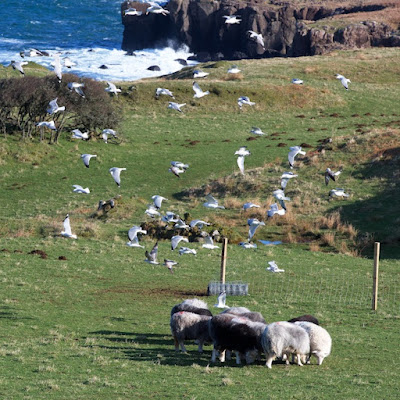 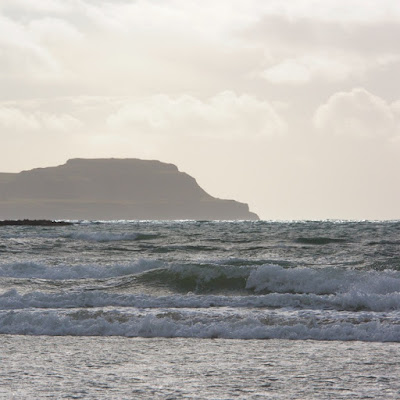 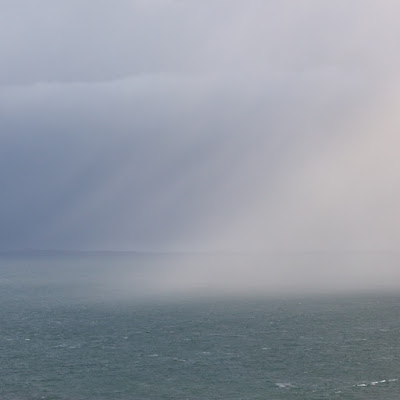 We had a great close sighting of a Raven down at Killiechronan. We don't normally see them as close up as this. 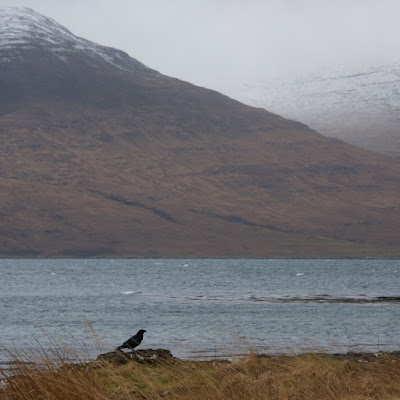 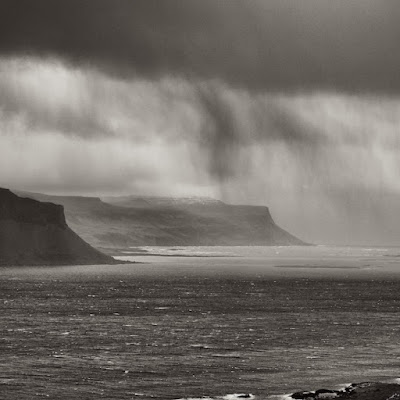 Another day, another bag of food.... 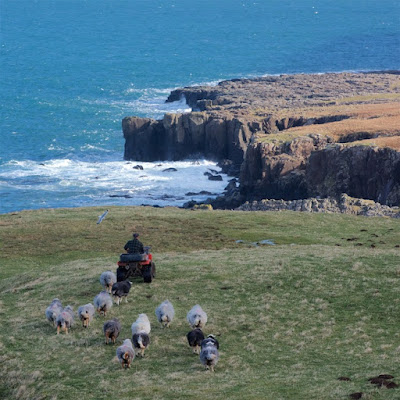