This autumn into winter spell of weather really has been very calm and relatively dry.  It is now the 6th of December and we are expecting the first storm to hit any time.  Today was astonishingly clear and they do say that when it is very clear it means it is going to rain! 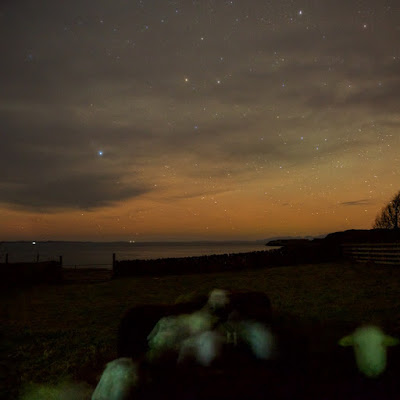 What has been happening on the farm? Well, the tups have been out for nearly 17 days, so it is time to move them around a bit.  The Lleyn tup has been out for the first ovine cycle and as Farmer wants to put the Cheviots into one large flock now he needs to take him out so he is not onto his daughters.  This means catching him somehow in a large open space and manhandling him into the back of the quad bike trailer.   The other additional tups will be put out with the Blackface ewes on the Point. Sometimes tupping time can be very wet so this good spell of weather will have been a great start. Hopefully! 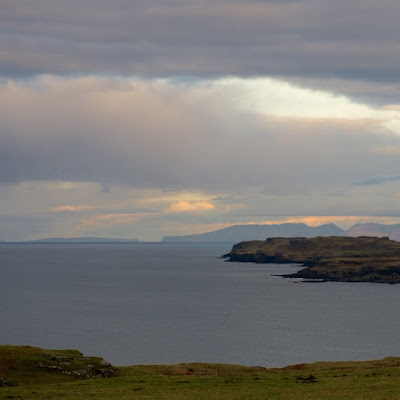 Then of course there is the arrival of Nyje.  (pronounced like Nigel but with out the L).  Nyje is the latest addition to the sheep dog team.  He is 15 months old and we bought him from the same farmer where Cap came from. We had a lovely day out up Glen Lyon, JUST doable on a Sunday from here if you leave home early and catch the 9am ferry and come back on the 6pm.   As the crow flies it is not far from the Tyndrum to Bridge of Orchy/Glen Coe road but to get there by road involves quite a lengthy detour.   It was a very beautiful day for a drive though, with snow on the mountains and much sunshine so we had a good day out.   Nyje is younger than any other dog we have bought and needs a bit more training.  There are one or two traits he needs to learn not to do, and one or two things he needs to learn to do..  however he is keen and has a good friendly nature which are two important traits.  We think he is pretty cute too! (I will post a photograph of him soon) 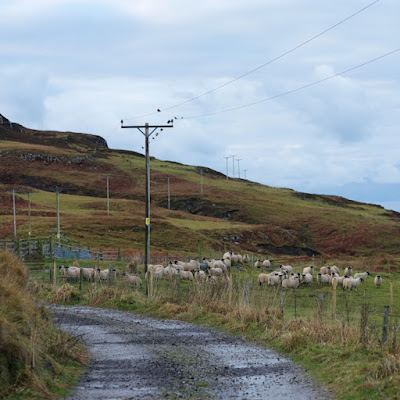 Studio and Shieling are a bit of a mess at the moment!  Intentionally that is.  We have been replacing the old shower units and are now waiting for the shower for Studio to arrive this week. On track to be finished for Christmas visitors!

Night skies have been clear and starry but no really strong visible auroras for a while now.  I have been catching them on camera but only seeing the glow (rather than the colours) by naked eye. 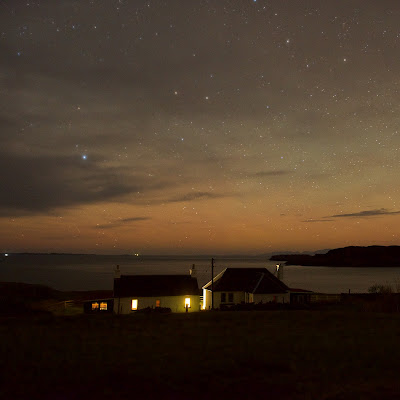 Duill Cottage sits beautifully under the stars with guests cosy by the fire, whilst I wander around in the frost! 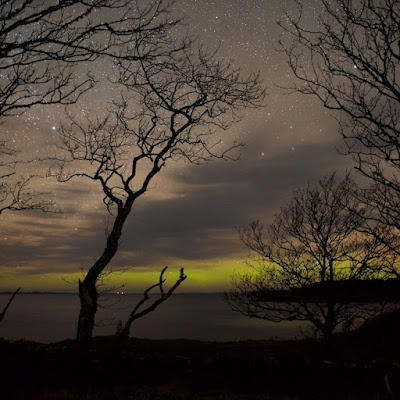 The winter feeding regime sets the scene for winter days, up and out before breakfast, though sometimes breakfast is delayed by a bit of chatting.  Well, it was the weekend and Jamie had come up to feed his heifers who are in our shed. 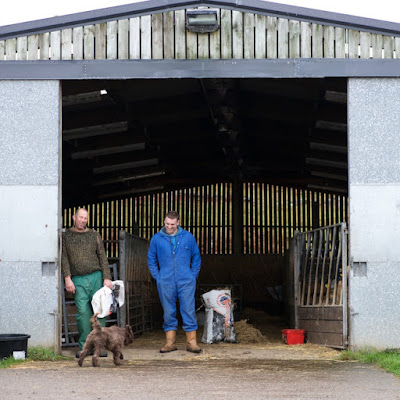 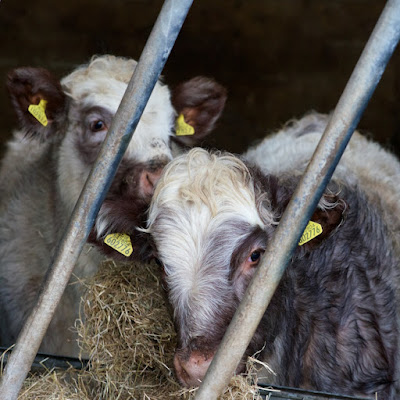 It is easy to assume that sunsets are all about summer, but actually the winter ones can be so dramatic.  This was taken over Shian's chimney.  We were waiting on the man from the NFU to turn up for a late afternoon meeting so I couldn't go down to Haunn which would have been amazing!! 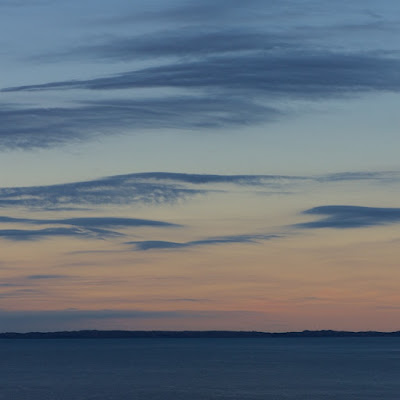 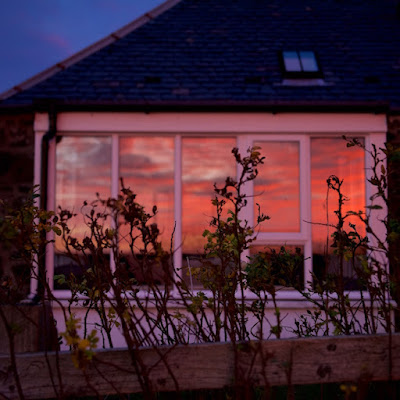 The mid afternoon sky was rich with these wonderful wavy clouds, and then an hour later it went cosmic! 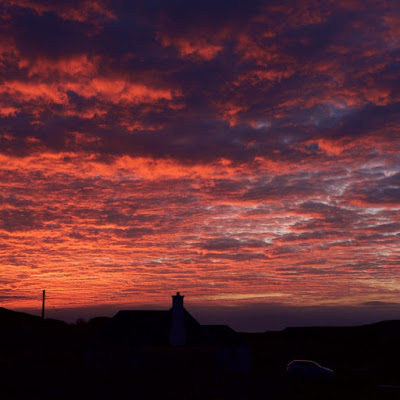