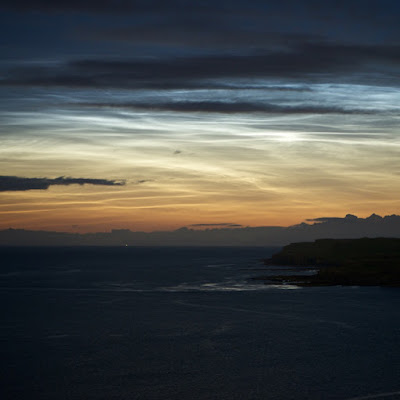 We have had mixed weather this week, but occasionally a break in the clouds - and I was delighted to look out one night and catch a really good display of rare Noctilucent clouds.

However the big event of last week was the milk clip.  This is when the ewes in milk (i.e. nursing a lamb or two) are shorn.  If they were to be shorn at the same time as the eild (barren) ewes and the hoggs (last year's ewe lambs) they risk affecting the milk yield as it may be cooler.  These days it is so much more difficult to predict the weather, there may not be such a difference but at least if the lambs are a month older they are less reliant on the ewe's milk for survival. 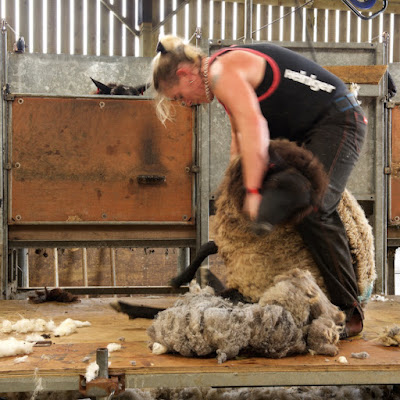 The preparation for any fank based activity always involves a lot of planning - making plans, talking to the shearer, choosing a time and date, contacting the gathering helpers, then looking at the weather forecast (again) and changing all those plans again. And possibly again.  Farmer is not always good at this sort of flexibility, but this year his hunches were right (they often are) and everything fell into place.  J from Dervaig helped put all the lambs through the fank the day before and that night the ewes went into the cattle shed to keep dry for the shearers arriving to start the next morning. 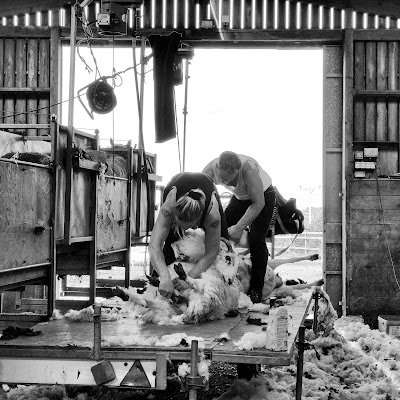 By the time I had made the flasks of tea and the bacon rolls for the late breakfast snack they had already shorn about 100 each. 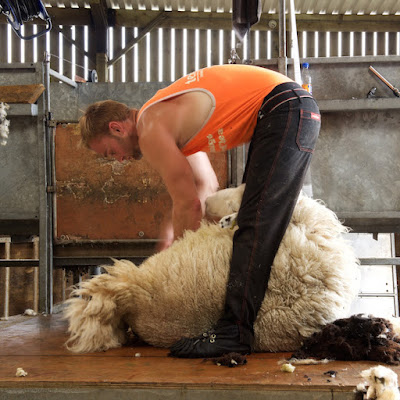 A stop for lunch, once the hill ewes were all shorn.  After lunch the 80 or so Cheviots and Zwarties were brought up and the lambs shedded off, and when I filmed E shearing Alice he finished her in just over a minute (a minute and 2 seconds to be precise).  This was after shearing possibly about 200 ewes.  Fast.   Alice will be retiring this year.  Having reared twin lambs each year apart from this year when she had a single, she is old enough to step back and let the younger ones take over. 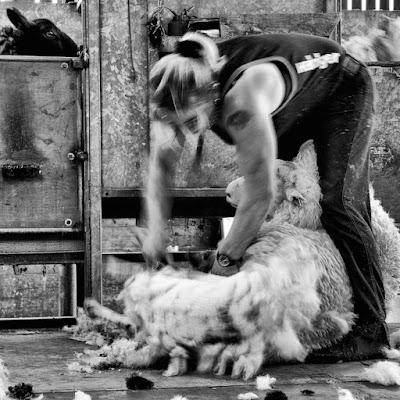 Both shearers worked so carefully all day, but at such a speed, they finished a couple of hours sooner than we expected.  It is always a good feeling that it is over and done with! 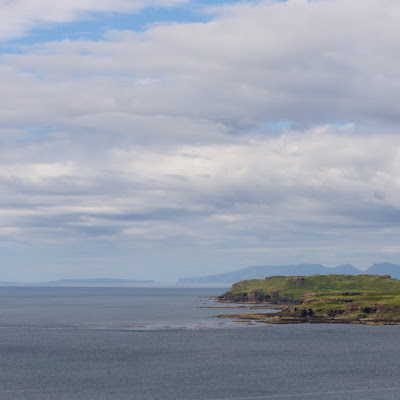 Nothing for it but to garden once the shearing was over.  The fruit bushes are laden with blackcurrants and gooseberries which are ripening late this year. 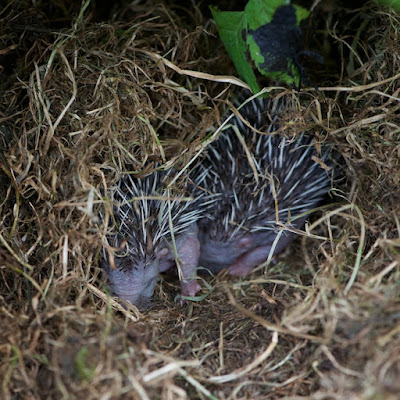 Coco is banned from the garden having found a nest of Hedgehoglets.  We covered them up again and are going to set the camera trap to see what is going on as they grow up a bit! 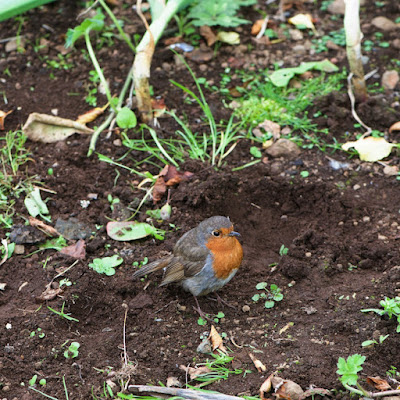 A friendly Robin joined Farmer as he was digging up all that remained of the peas and beans patch.  (The rabbits, for the first time ever, have invaded the garden and are leaving us very little - mainly weeds). 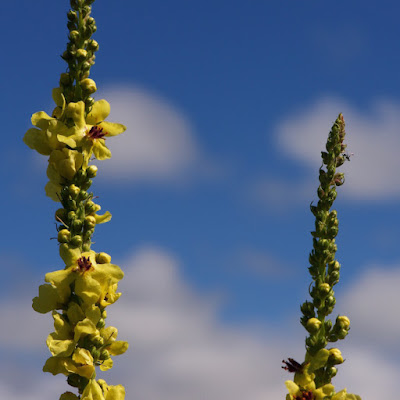 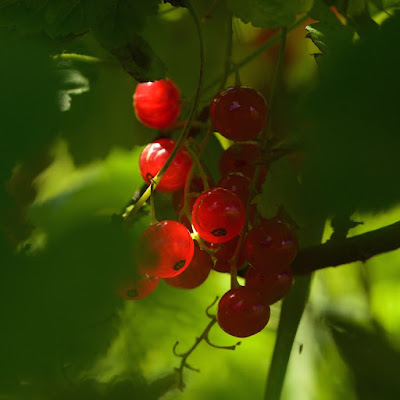 The sun came out at times. 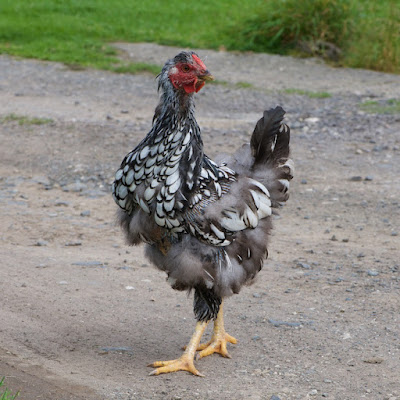 Our show stopping Silver Laced Wyandotte could not have chosen a worse time to moult.  The Salen Show is in a couple of weeks time and there is no way she will be ready to show off!

There has been a bit of a gap in the blog this month as we went off on the annual island hopping family holiday at the beginning of the month.

As some of you will know we are creatures of habit and go each year to the same place on the Isle of Barra.  It gives us a good sense of what it is like for those of you who come here every year - those questions and expectations popping into my thoughts before we get there?

Will we have a good crossing? (No, quite rough!)
Will anything have changed in the cottage?  (New lights in the kitchen and sheepskins on the sofa)
Will they have started building the new house (right) next door?  (No)
Will any of my favourite tin sheds have blown down? (Yes)
Will we hear the corncrake from the cottage as in previous years? (No, sadly - and we felt their continued absence keenly)  (We did see a corncrake chick though which was very exciting)
What will the weather be like? (Terrible some of the time, fantastic some of the time).

Will it be the best holiday ever? (Yes, it always is). 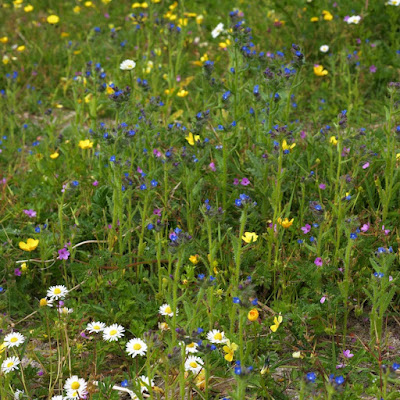 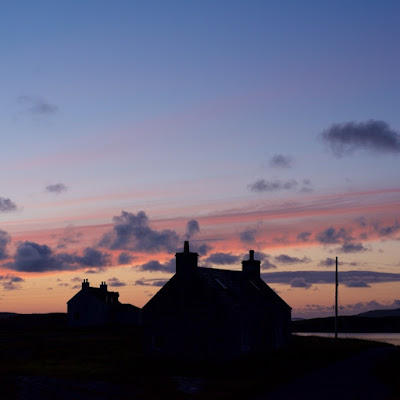 Sunset over the neighbours rooves 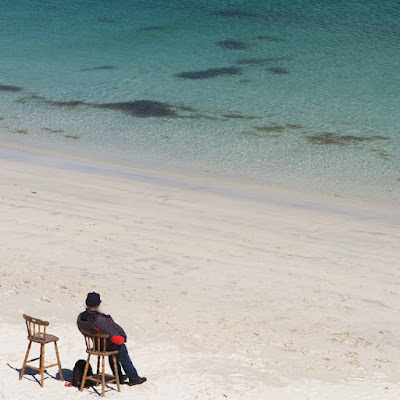 A spare chair on Vatersay 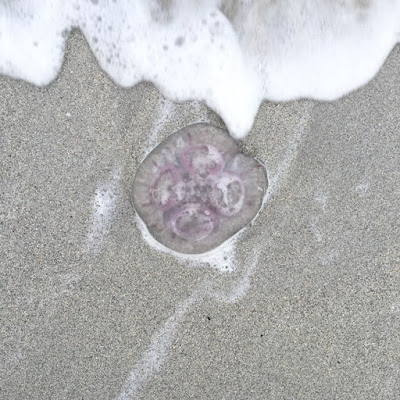 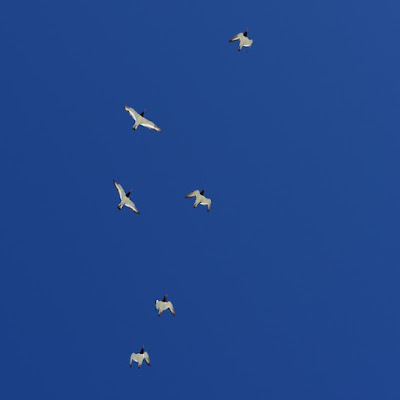 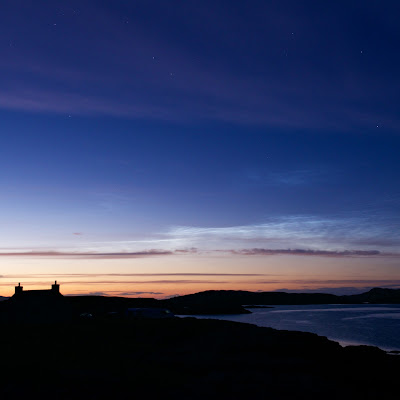 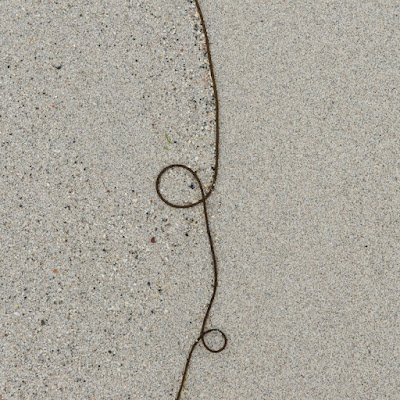 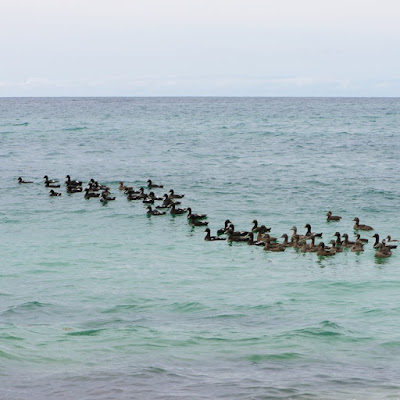 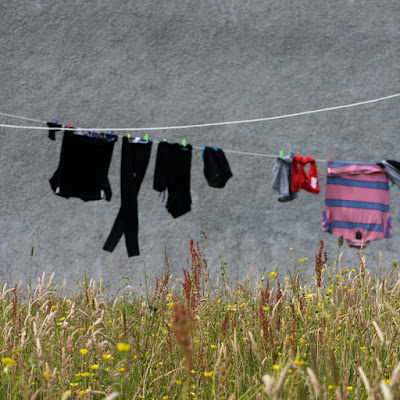 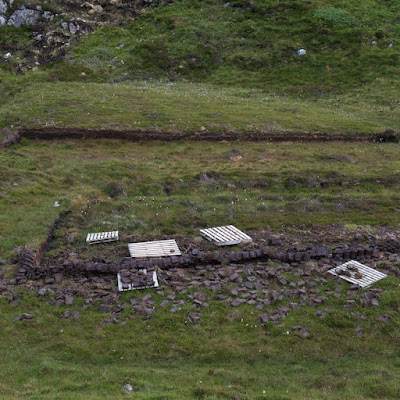 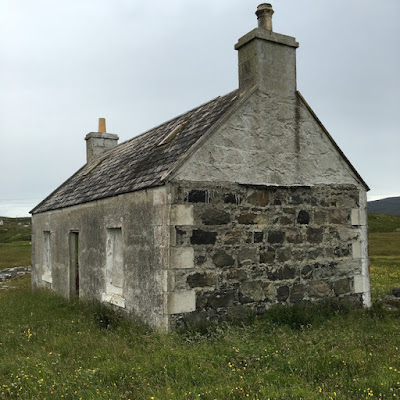 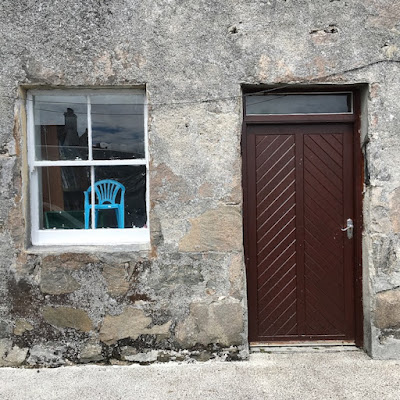 Only the window display to show this is the Top Shop 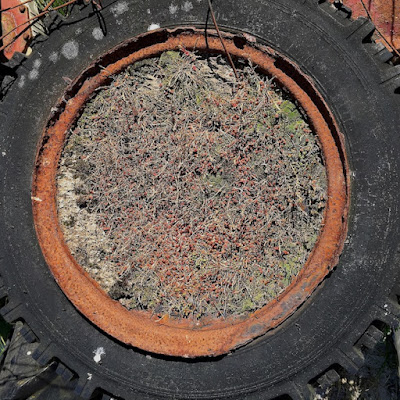 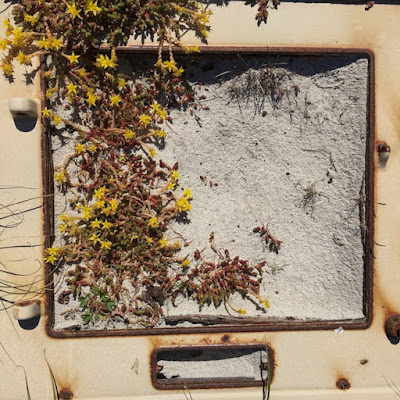 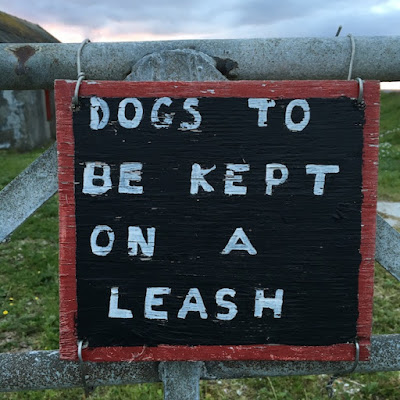 Dogs on a leash 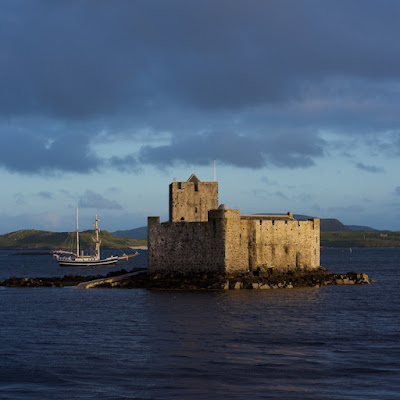 The castle in the bay on our last evening