I don't know where the time goes.  I suppose I have been head down sorting out photographs for an exhibition next month when I should have been blogging! I cannot believe I have written so few this summer - perhaps no one has noticed though, or perhaps there is a sense of relief that I haven't posted as many.  Hopefully this one will be a bit of a catch up on the last 3 weeks!

August has been a mixed month weather-wise.  There have been some astonishingly beautiful days, and there have been some pretty dreadful ones.  At least there is solace in the fact that our visitors have lovely comfortable surroundings if they decide to stay in on the wet and rainy days!

The Salen Show this year was on a wetter day than I can remember but the almost tropical downpours (at times) didn't dampen the spirit of the day - everyone was in waterproofs and there were lots of umbrellas, to go with the smiling faces!  Farmer helped J showing his Cheviots, and he won the Overall Sheep Champion, as well Show Reserve which was very exciting! 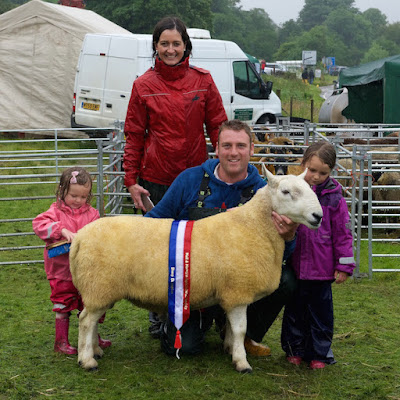 Unfortunately our beautiful Silver laced Wyandotte hens didn't recover from the summer moult in time for us to show them.  I hope their timing is better next year! 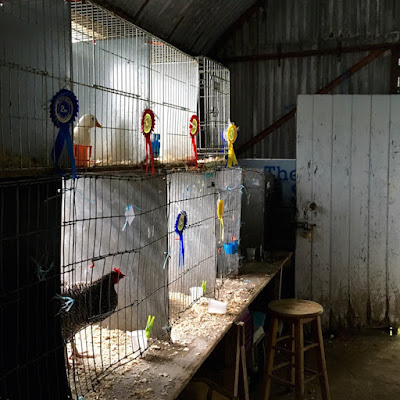 Farmer has been busy catching up with mowing bracken where he can, and spraying a few small areas on the still days.  The area we want to tackle next year is behind East, Middle and West. Because it is so close to the cottages the helicopter cannot spray there so Farmer will need to do it with his lance - and next week he is going with a group of other farmers to look at a new bracken machine which will harvest the bracken off slopes - apparently.    The idea is to see if this machine would help island farmers to control the bracken and provide material to go into an anaerobic digestor!

The wild Angelica in the wood has been beautiful this year - before the marauding stag gets the seed heads! 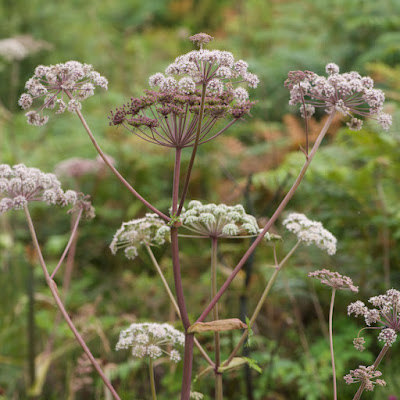 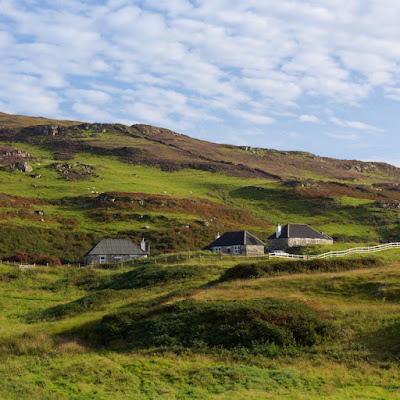 The Heather has been beautiful also - the hill has been glowing all month. 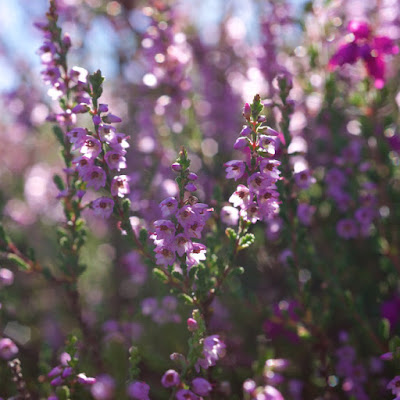 Finally last week the silage was made. Farmer used our old mower to cut the fields - we made it this year in the field below the house, and also in the Coronation Meadow at Haunn. 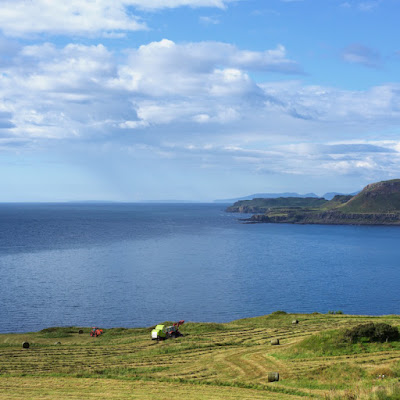 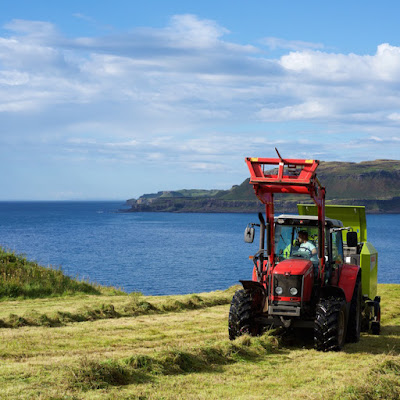 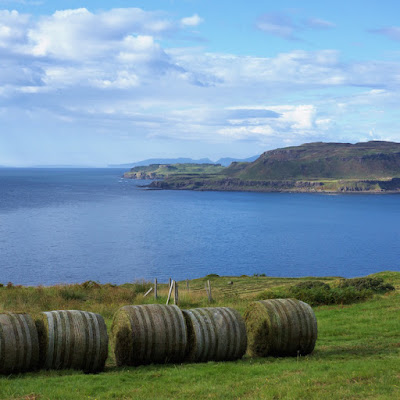 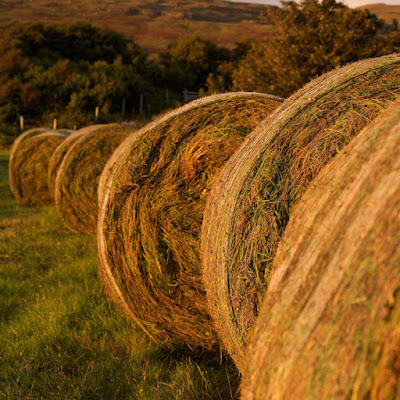 J had a late night wrapping bales that evening but it was good to get them done in case it rained.  The Devils bit Scabious is amazing this year, though still no Marsh Fritillary butterflies!  Farmer kindly agreed to leave the beautifully thick patches in the middle of the Coronation Meadow so they could flower in peace. 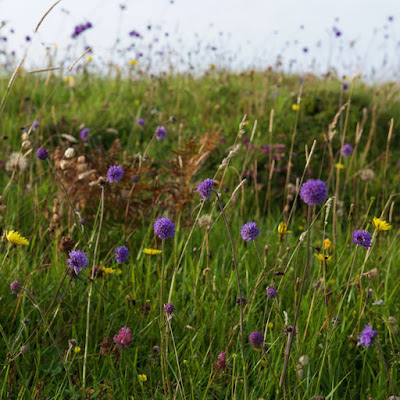 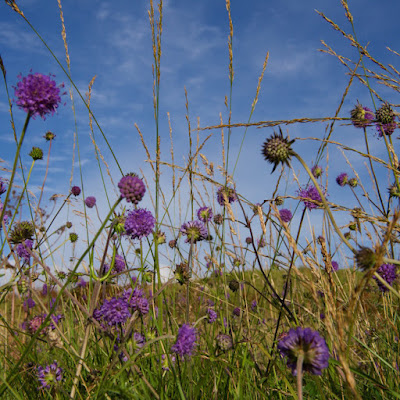 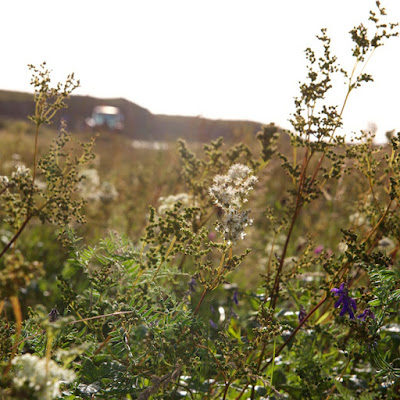 Some gorgeous skies, at sunset and now the nights are dark enough, occasionally the Aurora Borealis again, which is exciting! 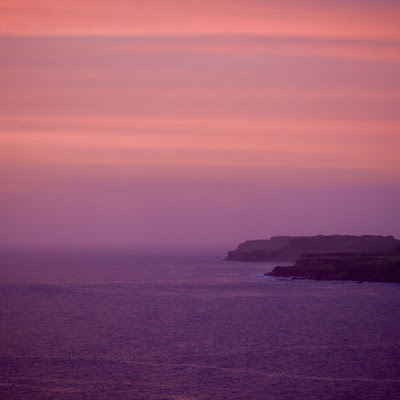 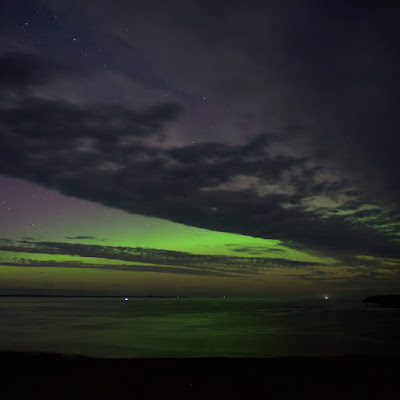 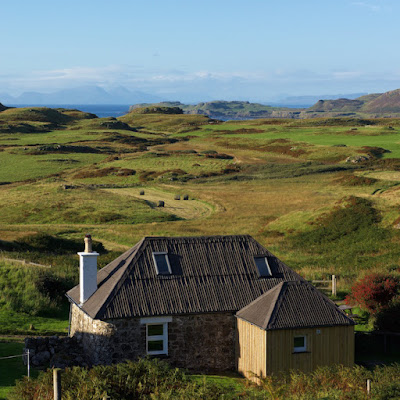 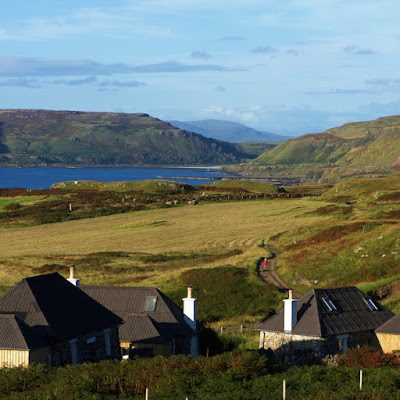 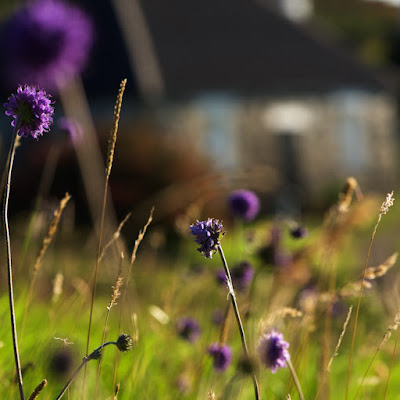 Over last weekend Farmer and his team of valued occasional helpers gathered the hill ewes and lambs and got them all sorted in time for loading the wedder lambs on to the lorry this morning along with the cast ewes.  The fields were noisy last night with the hill ewes calling for their lambs. 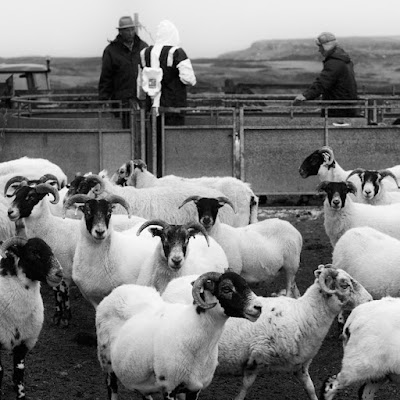 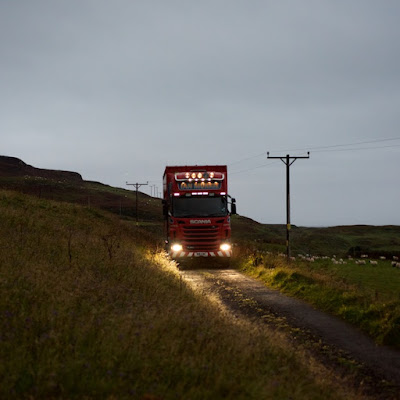 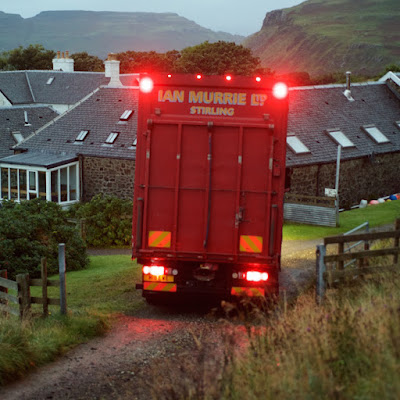 As I write he and the lambs are on the ferry.  The sale starts at 11am, and he is third through the ring... not usually the best time of the sale as the prices tend to start slowing while the buyers get themselves sorted out..fingers crossed!

The lorry is booked

It is August (already) and it is time to start thinking about selling the lambs.  Farmer has booked the lorry and booked our pens at the market.

With shearing behind us, Farmer has turned his attentions to the bracken and been out whenever the weather allows him, to weed wipe or mow.  So far he hasn't used the knapsack and lance but he still has plans to do behind the Haunn cottages.  For this you need a still dry day and it has either been too breezy or wet.  The bracken has started turning in some places already so it may be too late and some bits will have to wait until next year. 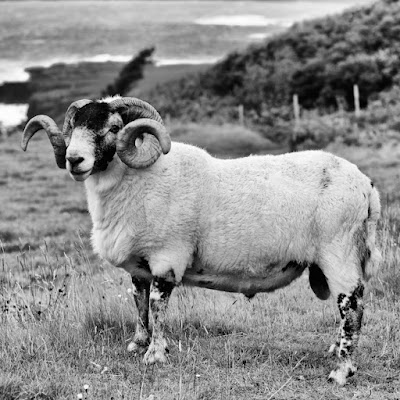 The tups are in the field in front of the farm house at the moment.  I don't think I have ever seen Brownie (below) asleep! 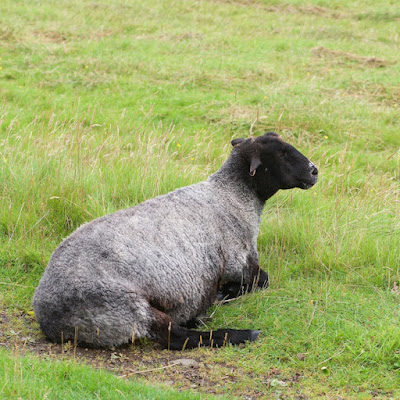 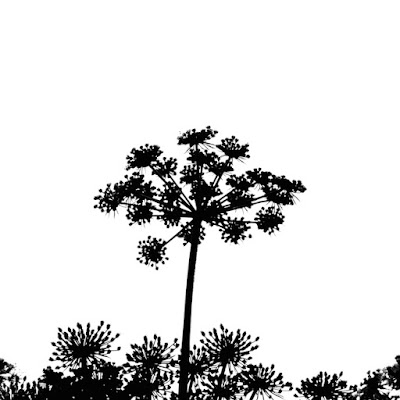 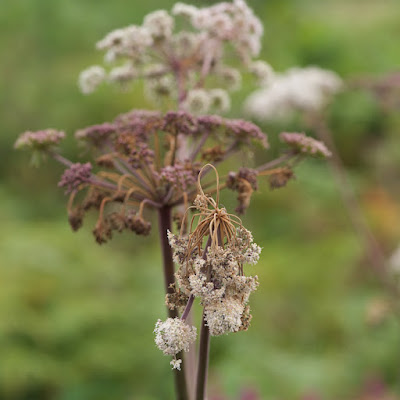 The woodland between the Ensay Burn and the farm is peppered with these beautiful Angelica. 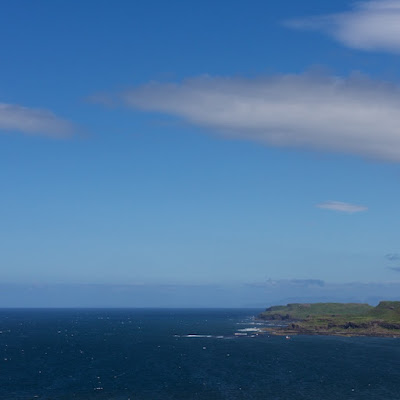 Here is an indication of recent weather as seen by the view straight out from the farmhouse office to Calgary and Caliach headlands.  I am biased but I do think it is lovely in all weathers. 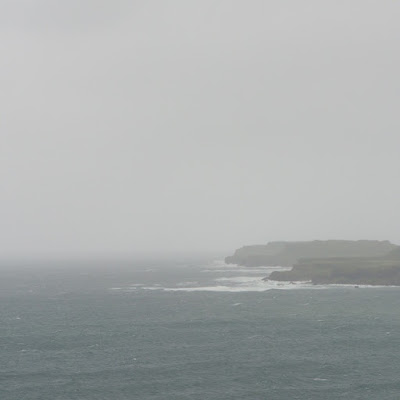 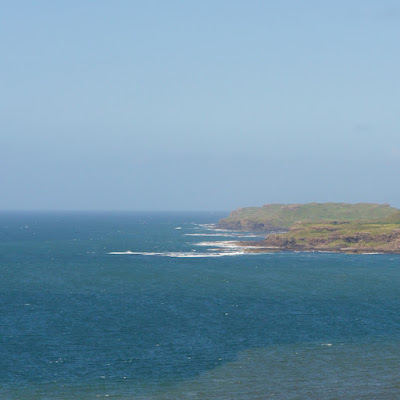 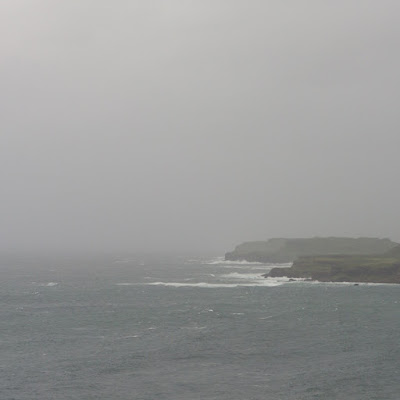 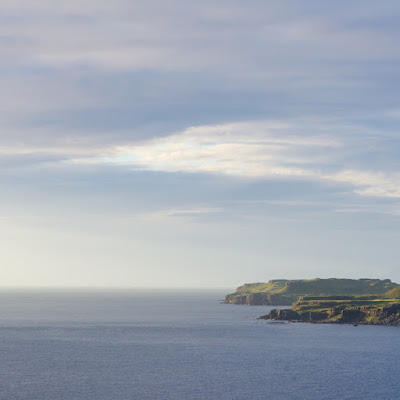