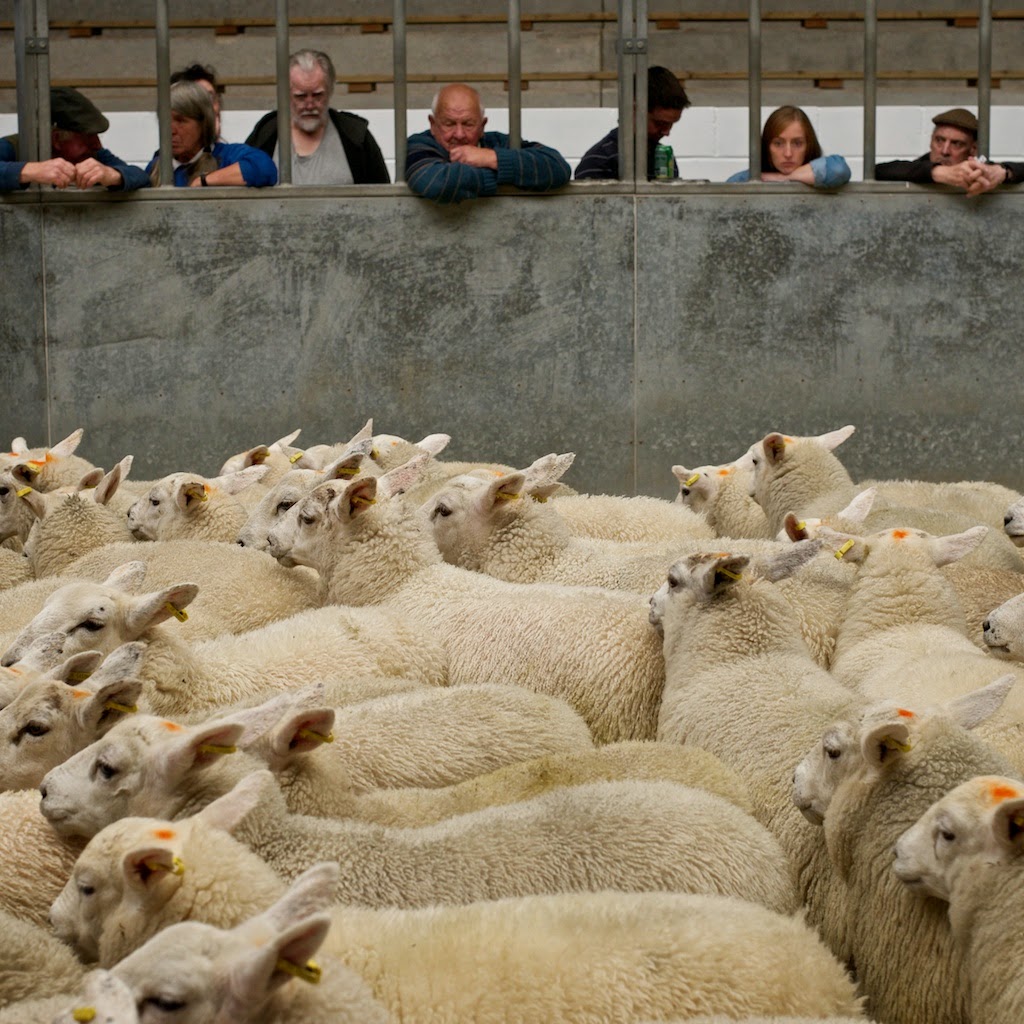 A fine pen of lambs (not ours) at last weeks sale in Oban.  Our prices were up £7 on the appalling price we got last year, so we were pleased about that.  We have put the rest of this year's lambs down in the field below the house, so that they can re-gain condition having been weaned.  We will sell them in a few weeks time. 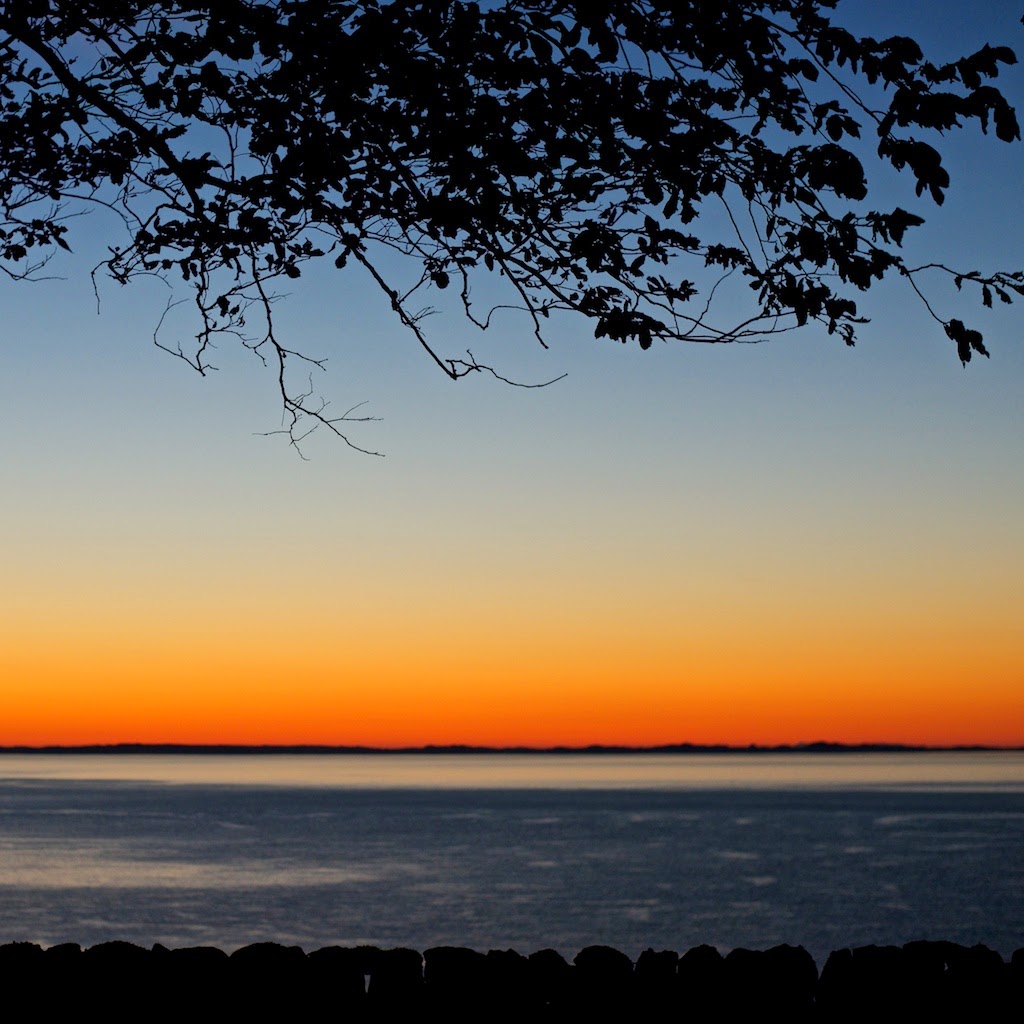 The Black Park is still bathed in a Devils bit scabious glow, the cattle will go in there soon. 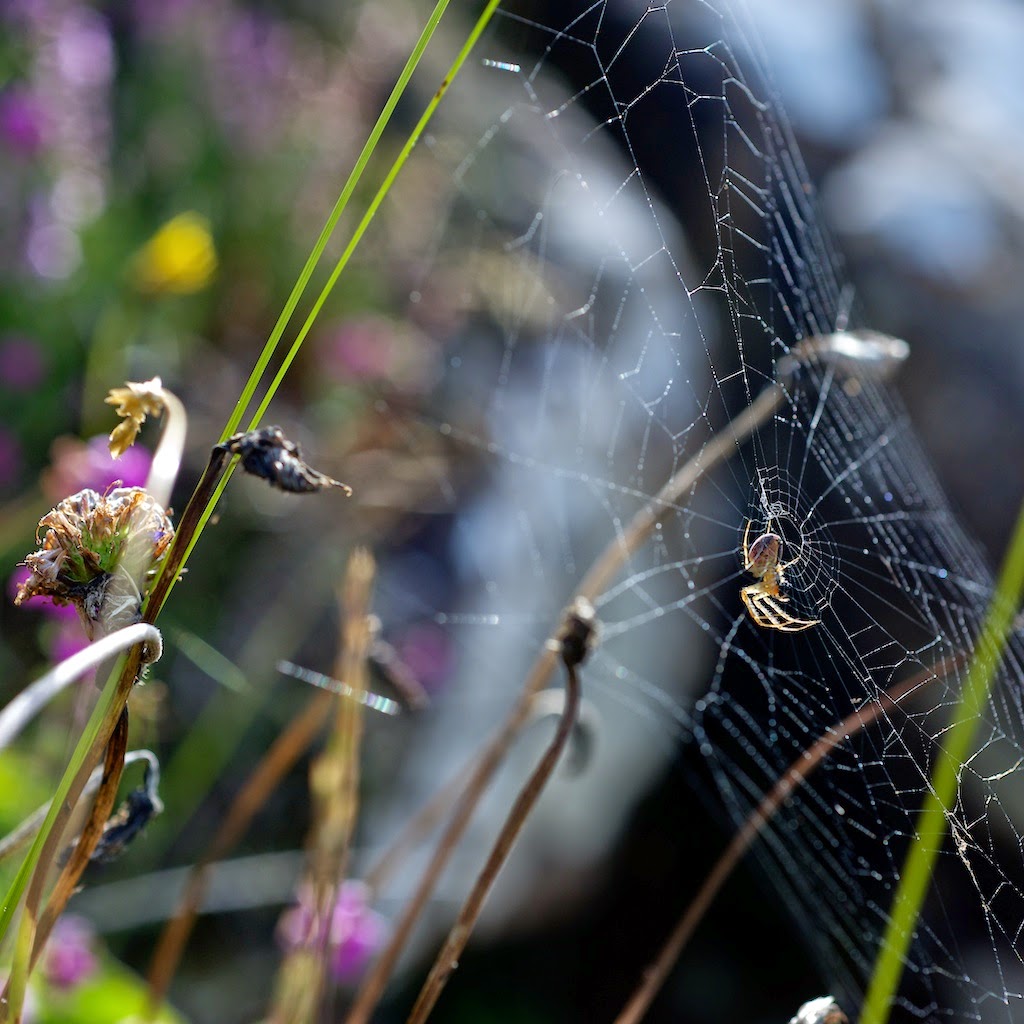 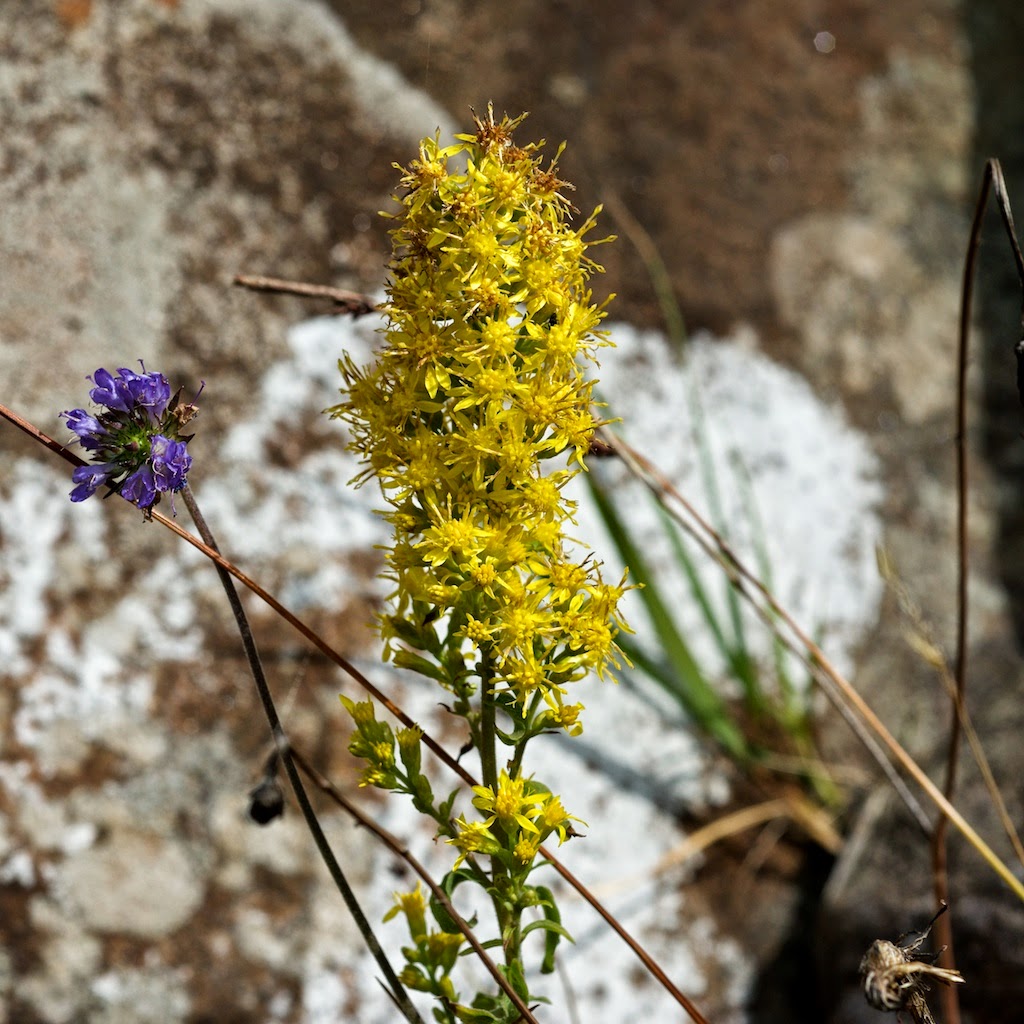 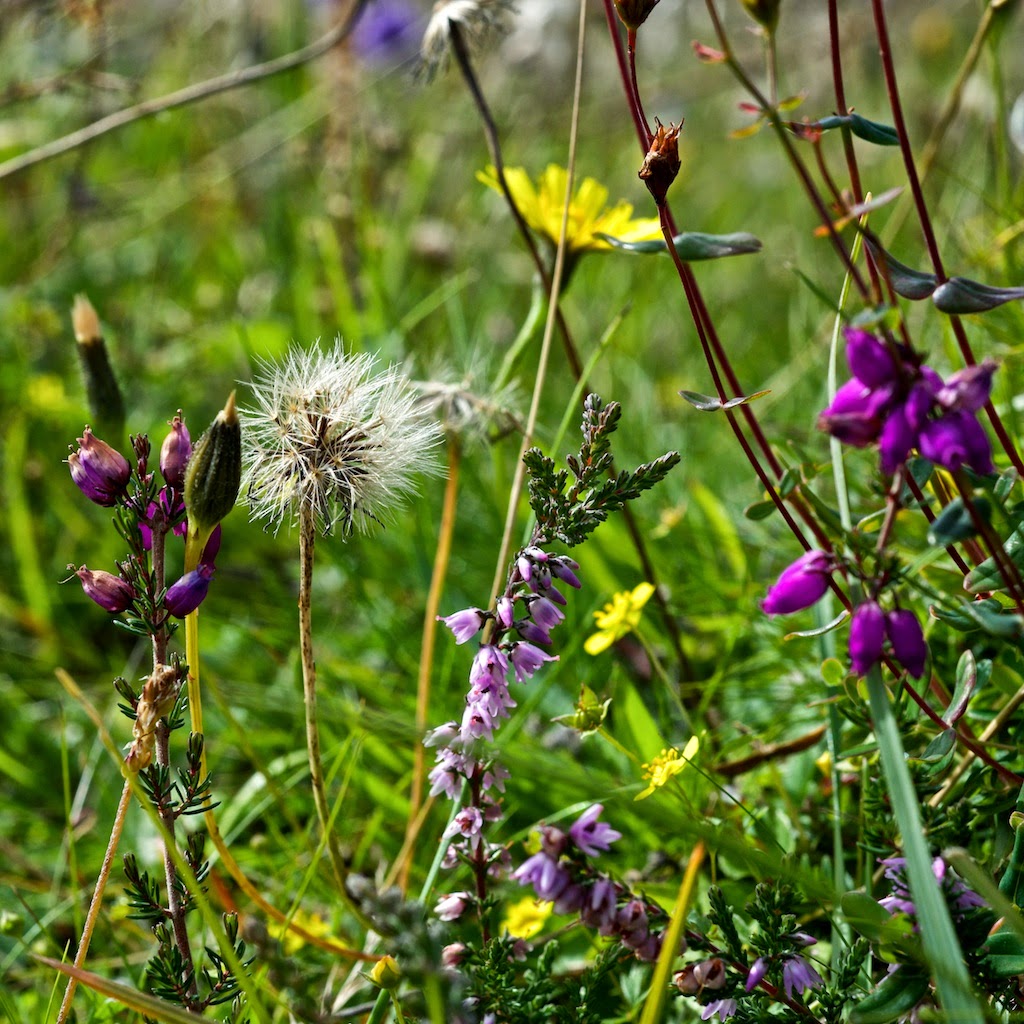 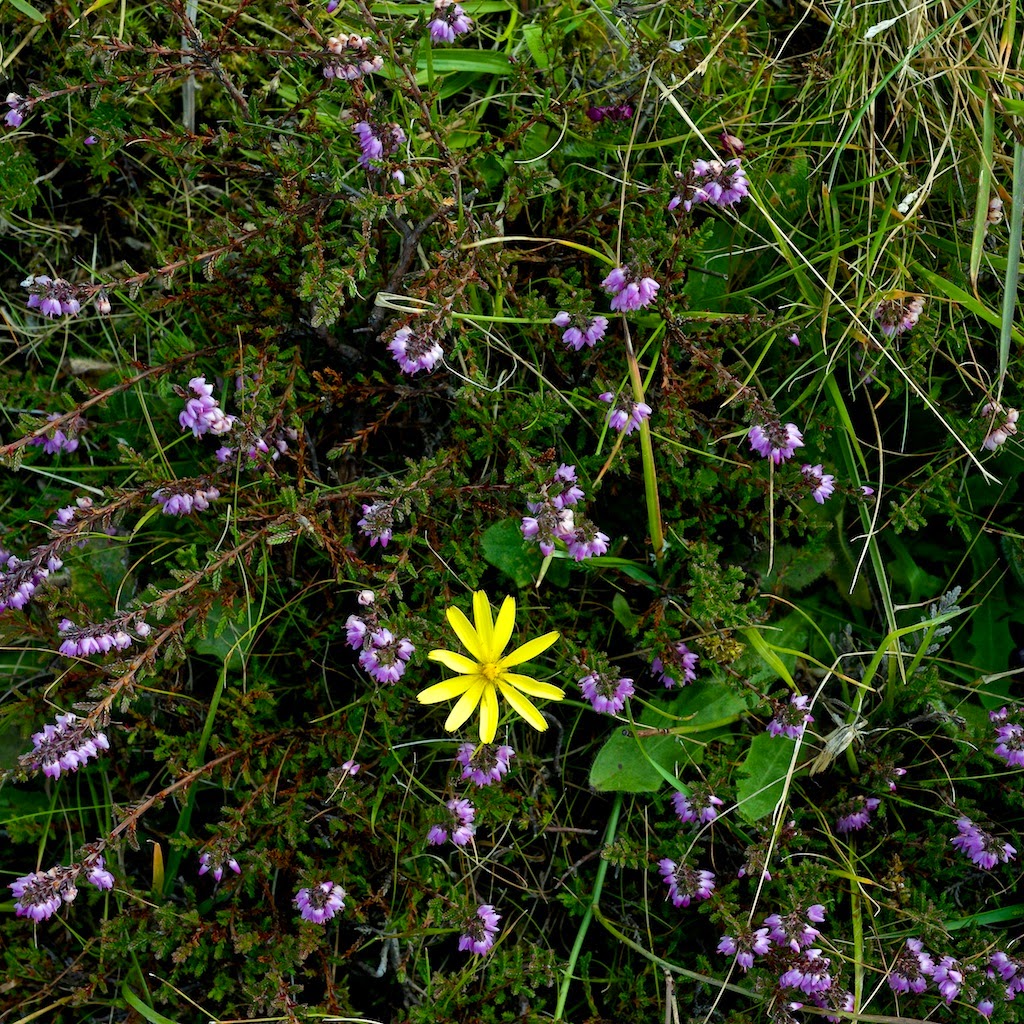 The cable layer, called the Rene Descartes, has been in the bay for the last few days.  Farmer was interested to know what they were doing.  We know it is for fibre optic cable going to Tiree, apparently dug in to one metre below the sea bed.   And that they leave their lights on overnight - as seen from our garden gate, when they moored just off Treshnish 2 nights ago. 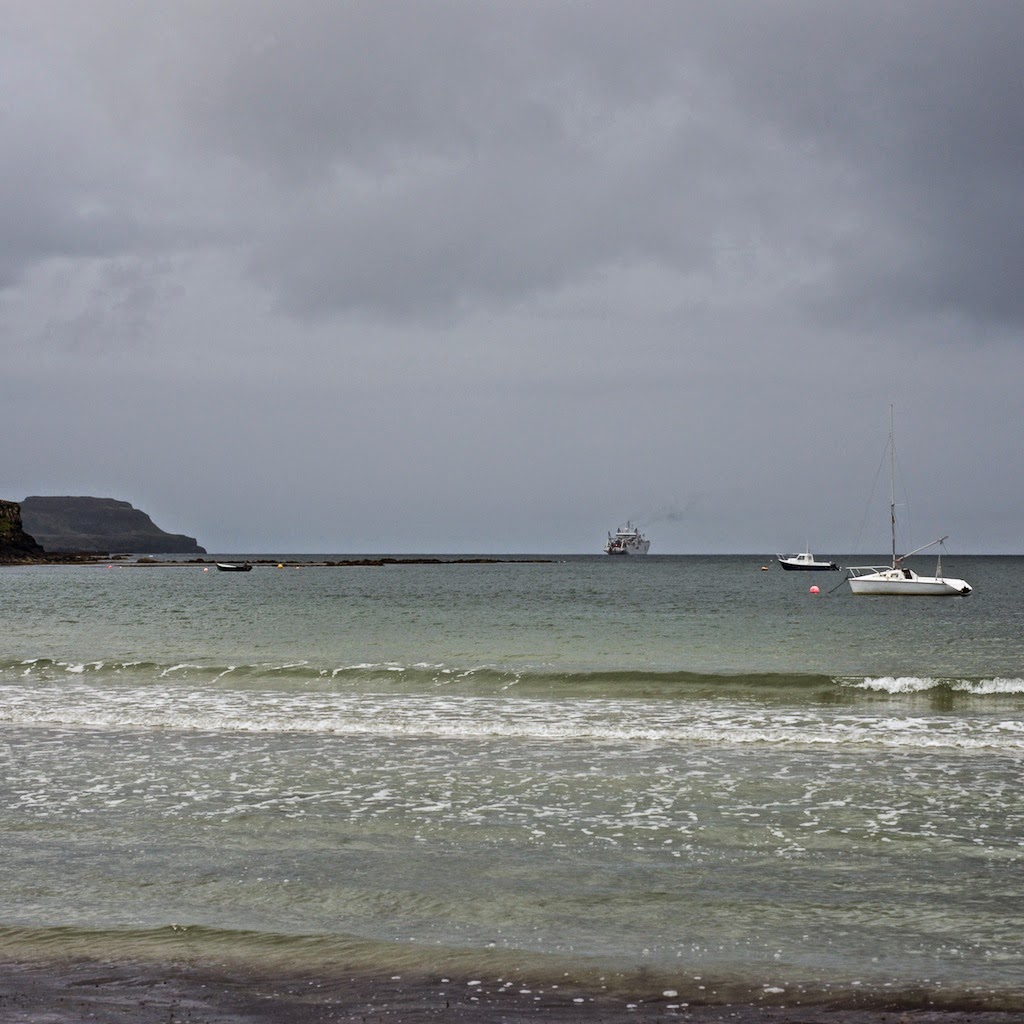 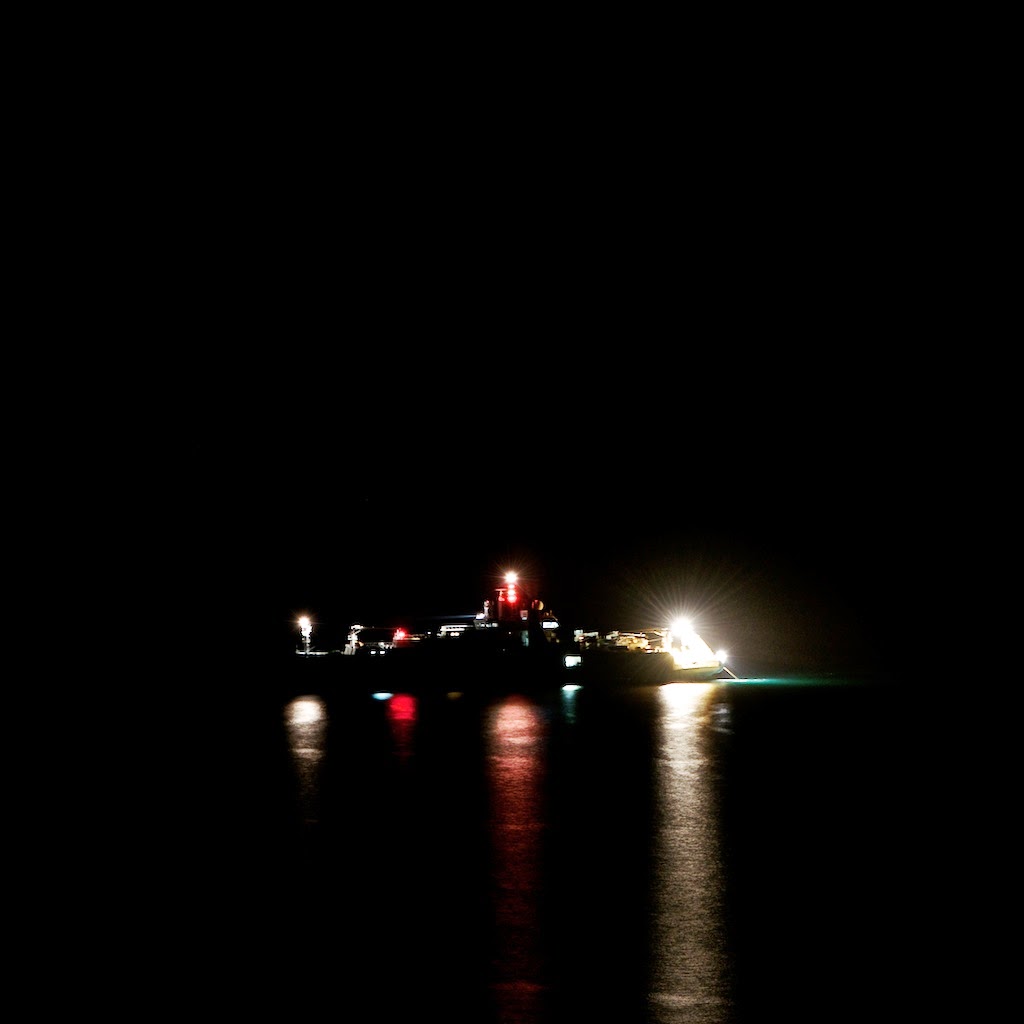 It was Daughter's birthday yesterday (14) and so we used it as an excuse for both of us to take her to the school bus, and to then walk on the beach.  It was Walter's first time on the beach. (he is a working dog after all...?) He wasn't sure about the waves. 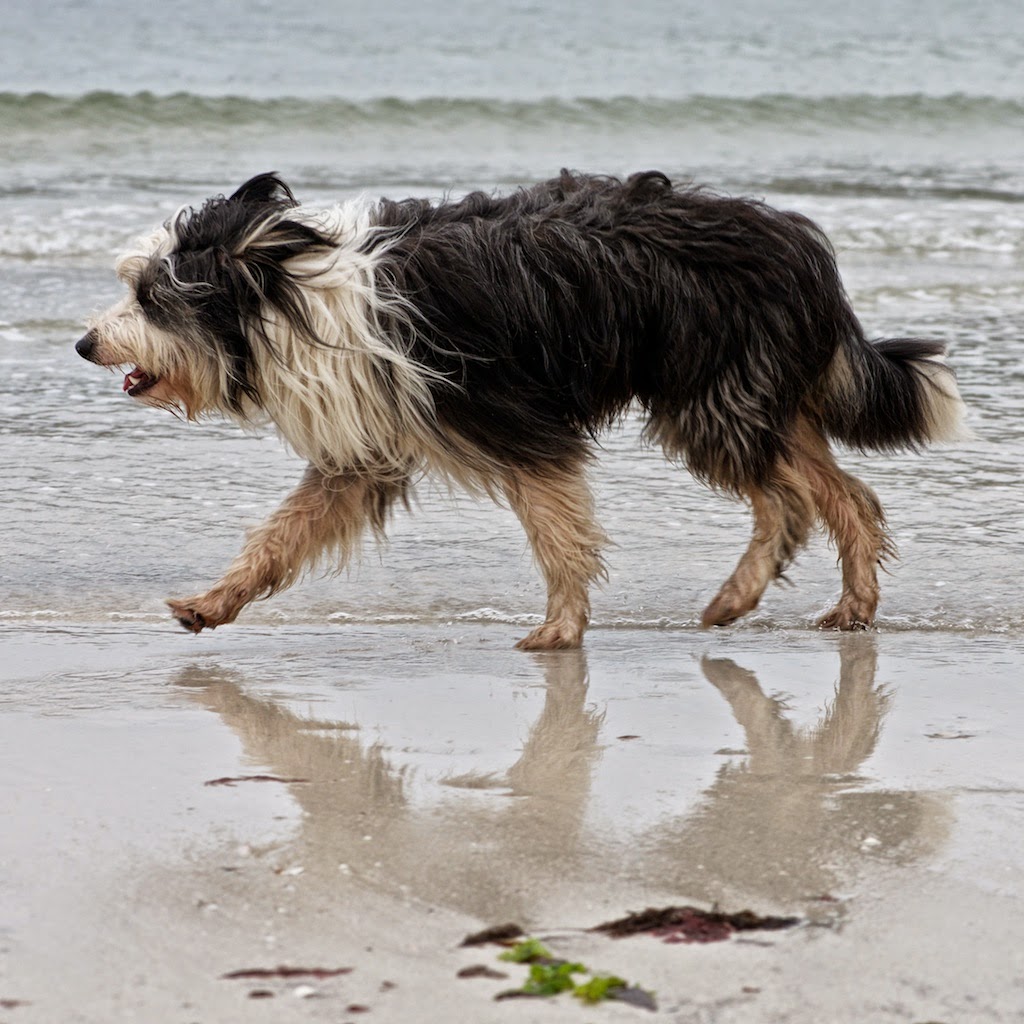 Shian and Duill are looking so smart with the new windows, doors and sunrooms.  Seen here in the late afternoon sun, as Farmer was cutting our late cut bird friendly silage - now that we are into September! 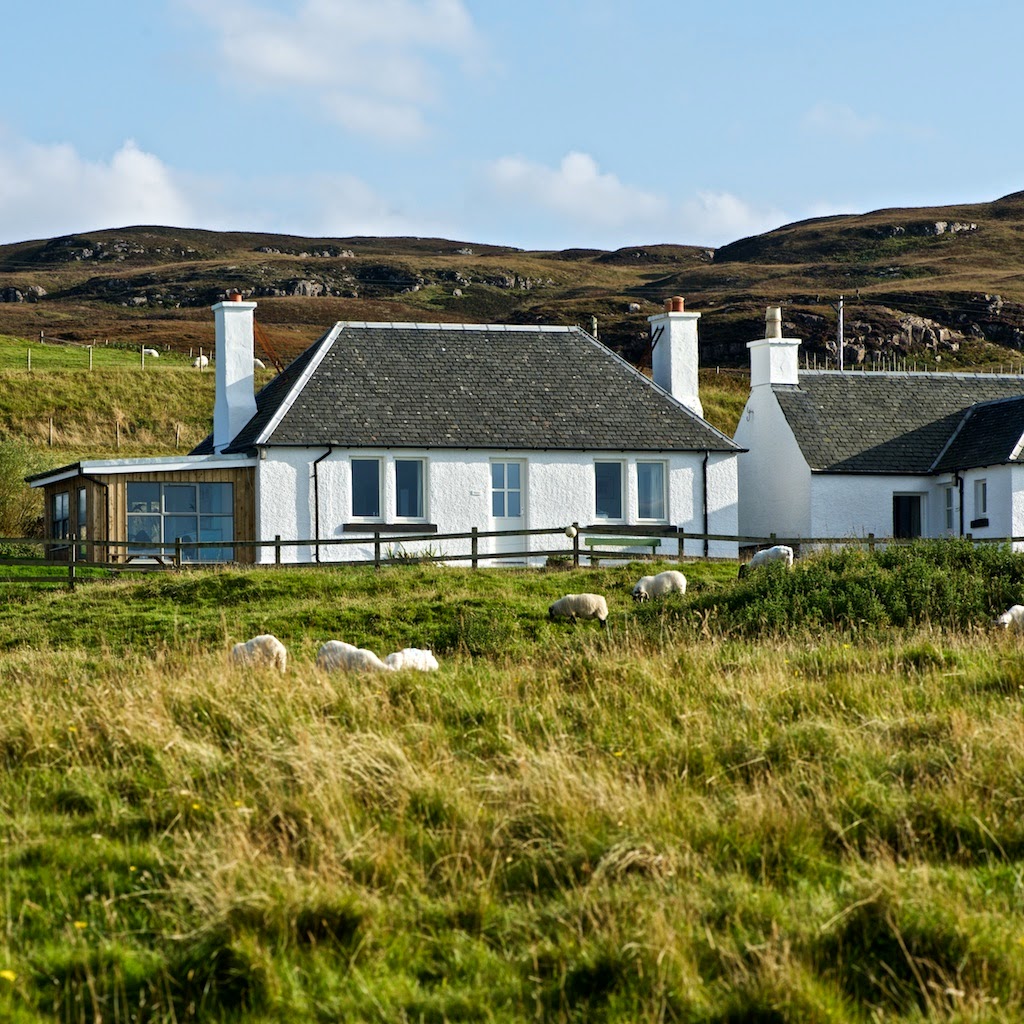 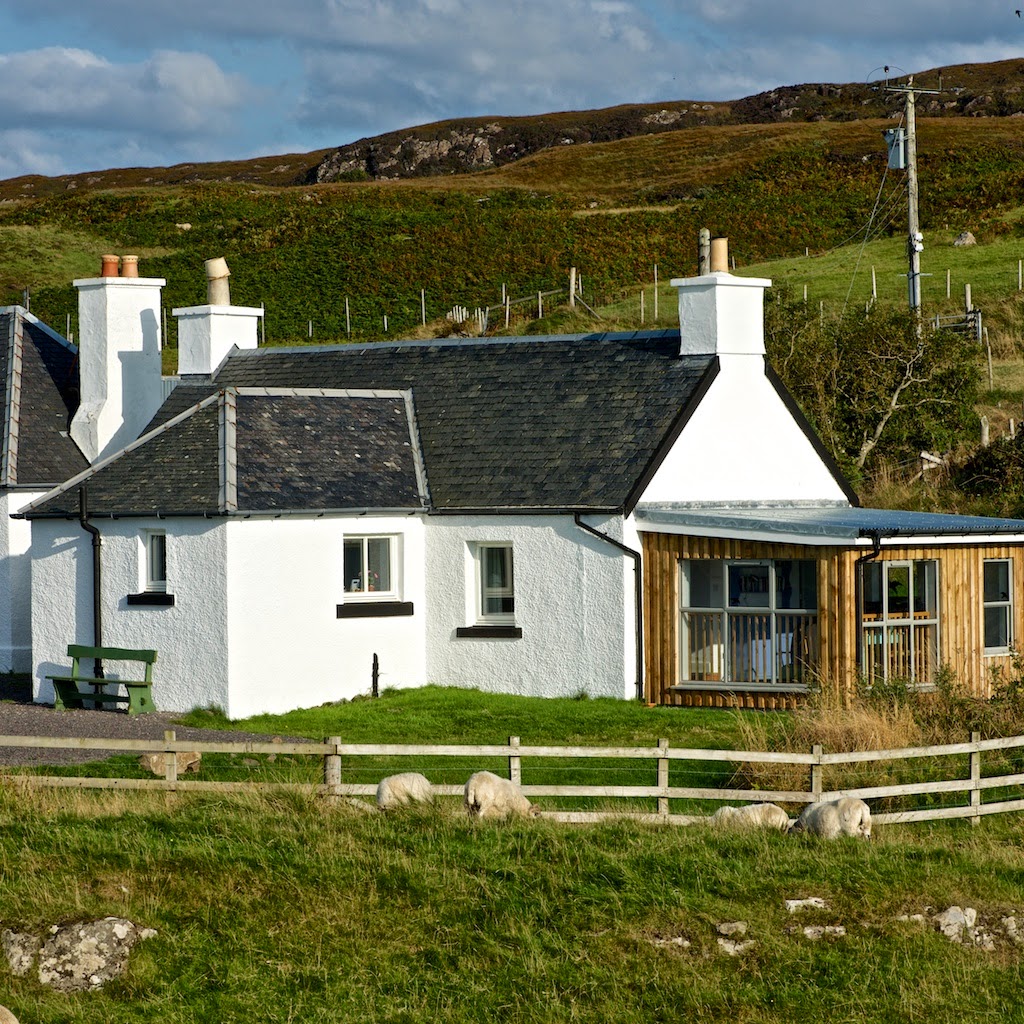 This will be turned this afternoon or tomorrow morning to let the air through, before being baled for us by a neighbour.  Farmer is doing a favour in return, by moving the fields at Calgary for them, and in a minute he is off to Crannich to mow a field there for them.  The baler they use is so much bigger than ours, it is not able to get into all the wee corners that Farmer likes to mow. 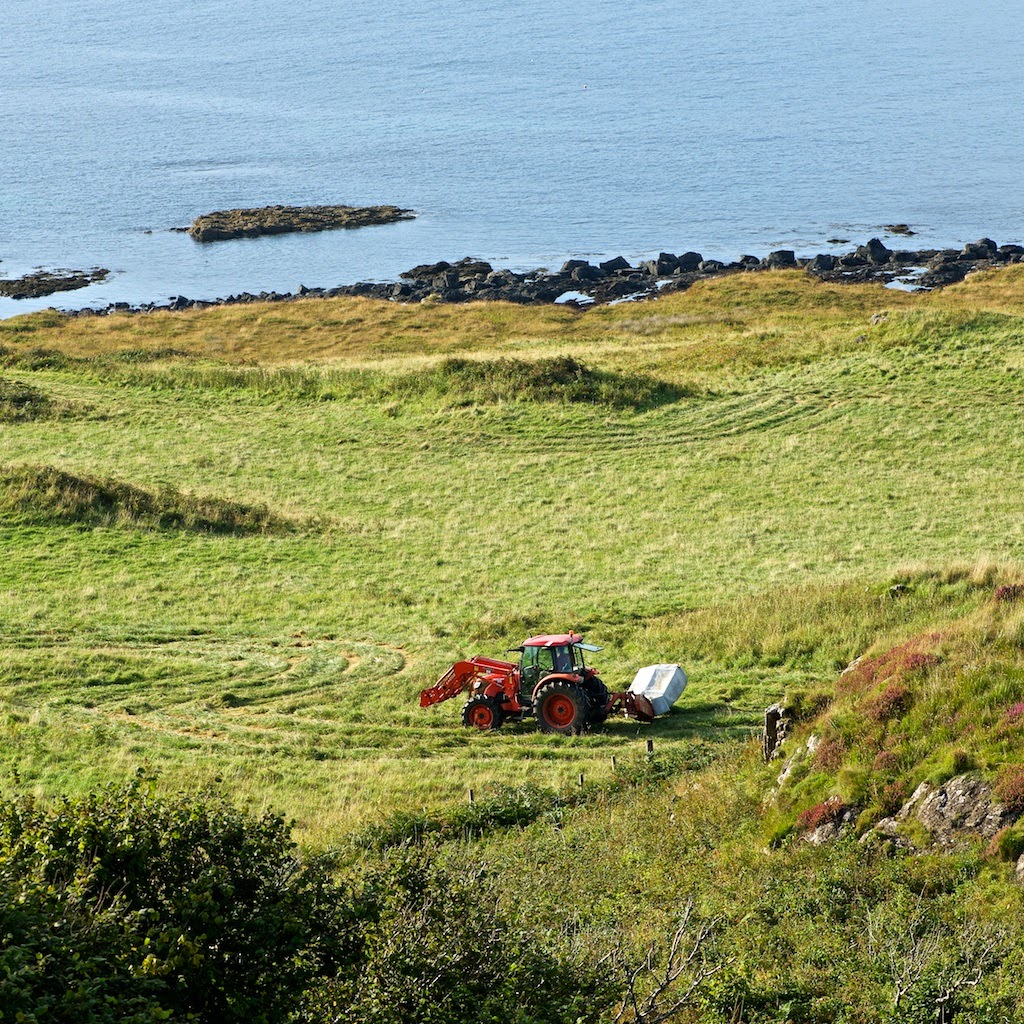 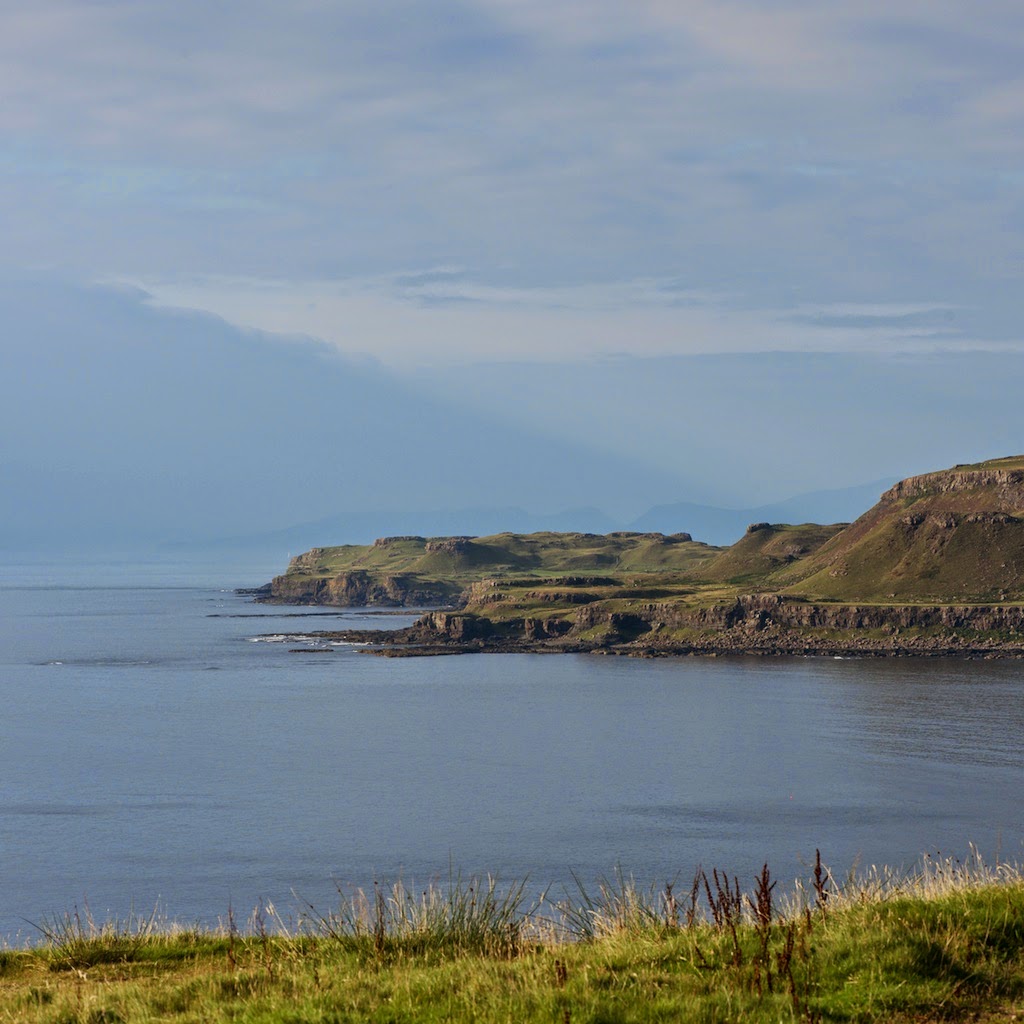 The mower picks up rust where the grass gets stuck to the blades in between uses. 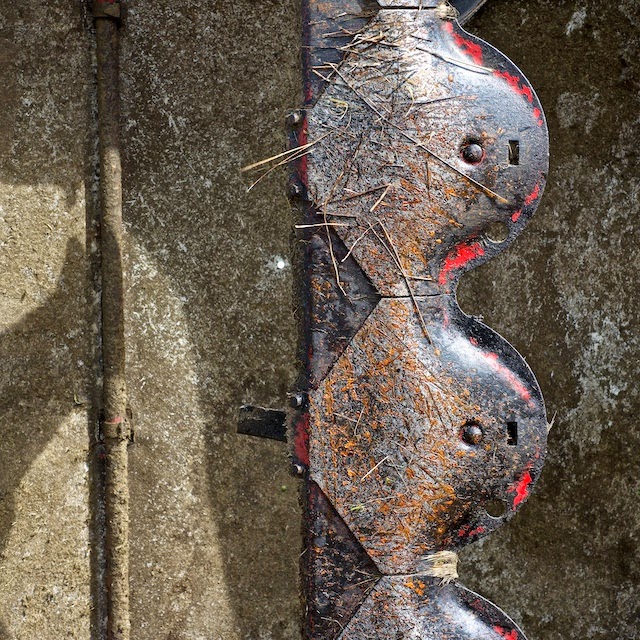 Bracken cutting in the turbine field.  We had planned to do 30 acres of aerial bracken control this summer, and were very disappointed to find that the helicopter company had run out of time, within the weather and seasonal window for bracken treatment, and were no longer able to come to Mull. They assured us they will come to Mull at the beginning of the season next year. 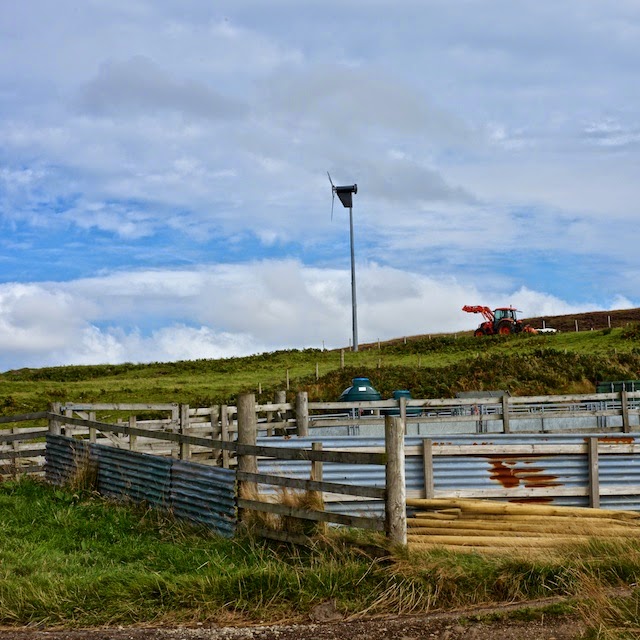 Our summer visitors will be on the move soon. These two have recently fledged from the workshop nest.   We think the advanced age of our remaining farm cat, Thimphu, has had a beneficial effect on the numbers of swallows this summer. 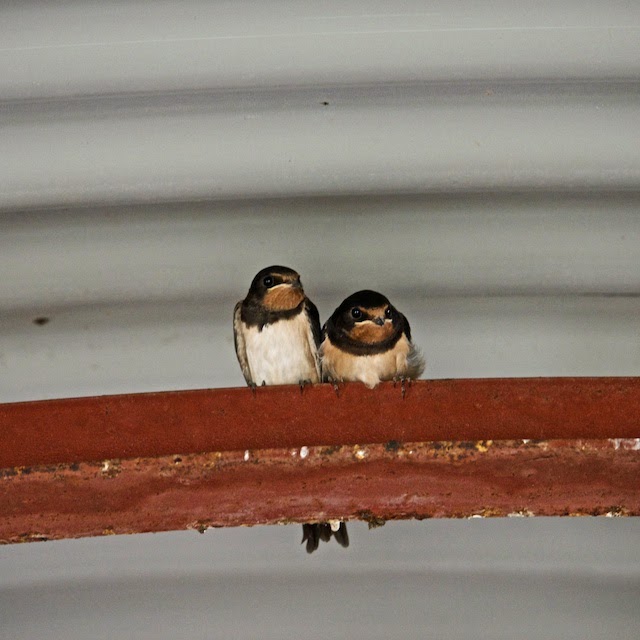 And in the veg garden, safe from slugs, the cardoons are flowering. 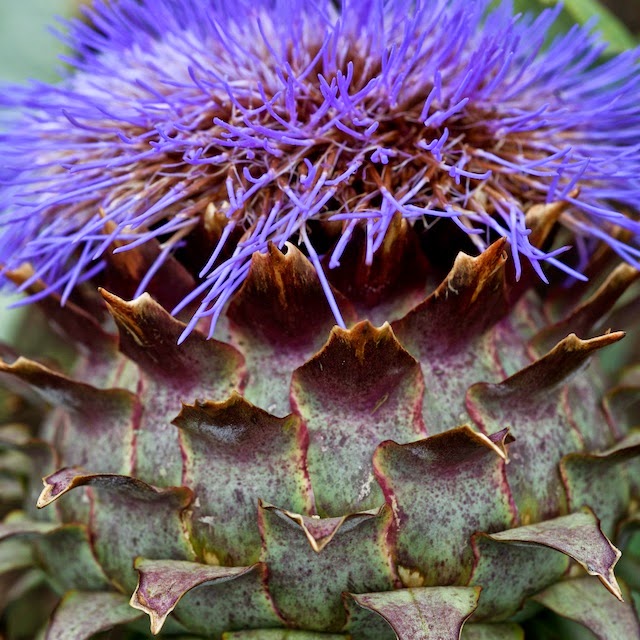