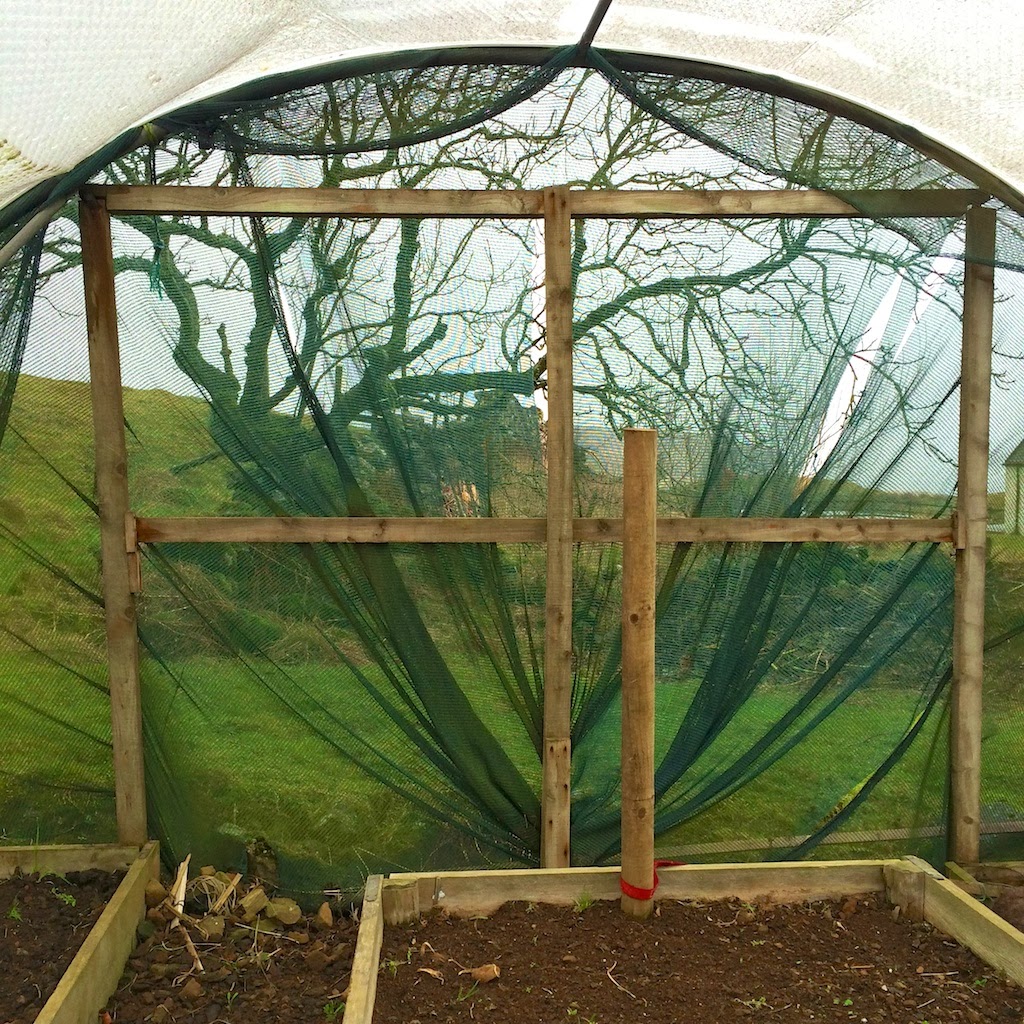 The polytunnel is showing signs of storm fatigue.  It has lasted well and part of the reason we think is because we have net ends rather than solid ones, so the wind can get through, but after each storm we expect it to be gone!  We have now regular help in the garden which is fantastic, and takes a bit of strain off Farmer. 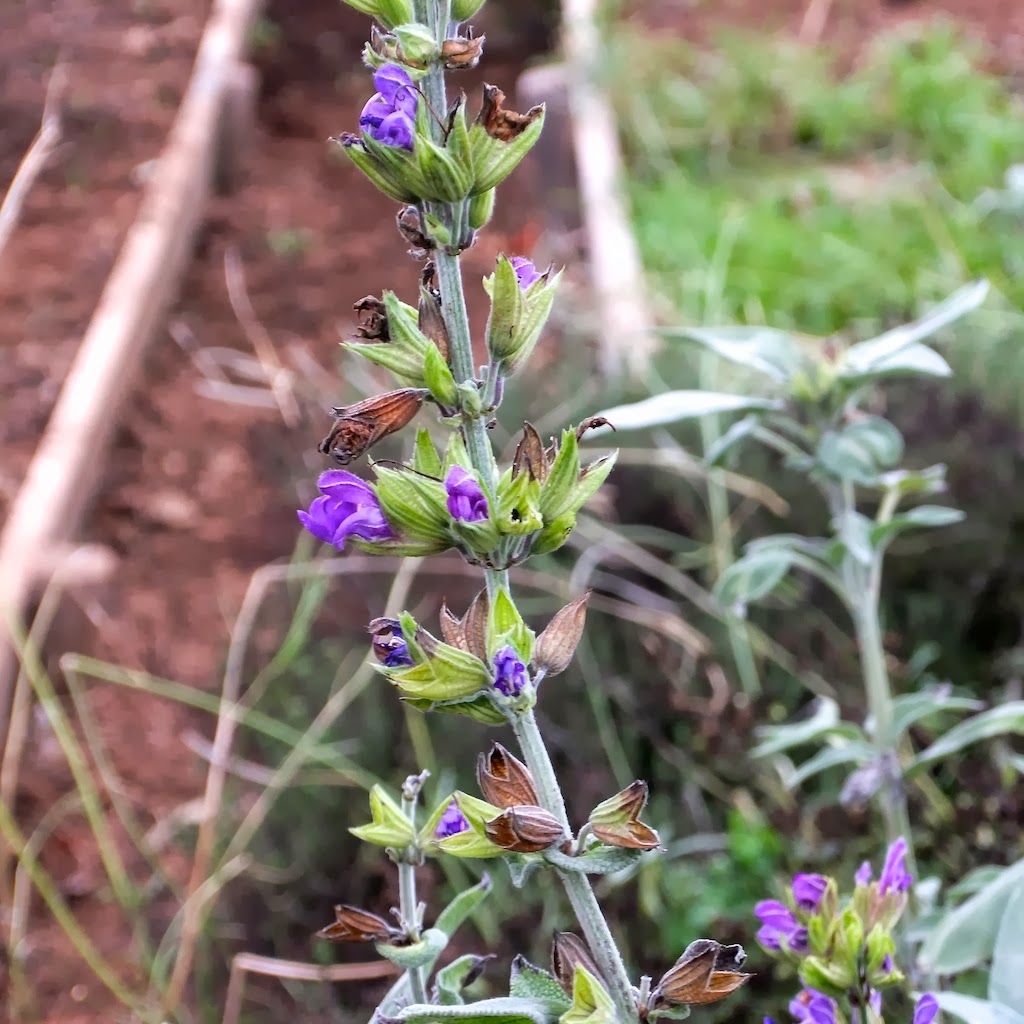 R has moved to the area and is working for us a couple of days a week.  He has been tidying up outside the cottages and catching up with all the things we never have time to do ourselves.  The polytunnel is looking tidy, the sage is still flowering! 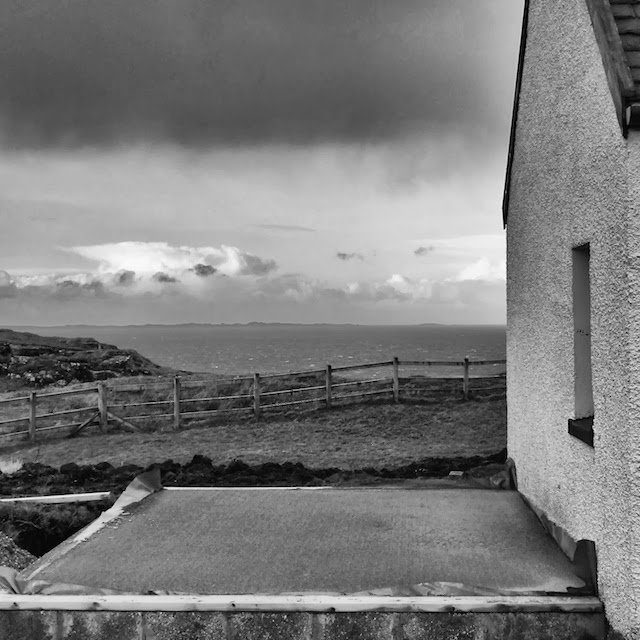 This is Duill's sunroom base. It won't have French windows to the outside, which will give it a different feel I think.  But it will have the westerly winter sunsets directly across from the headland, not to mention the mid summer ones straight out over the fence. 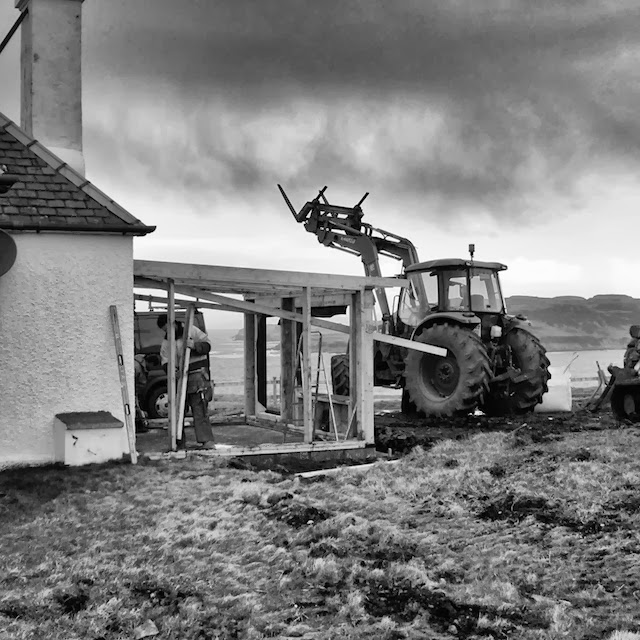 A big leap today as the Shian sunroom is sheeted. The opening on the left is the size of the window looking straight out to sea.  It was the kitchen window from Toechtamhor which we replaced this time last year.  It seemed such a waste not to re-use them, and as these sunrooms are unheated and have external doors into the living rooms there would be no energy to waste! 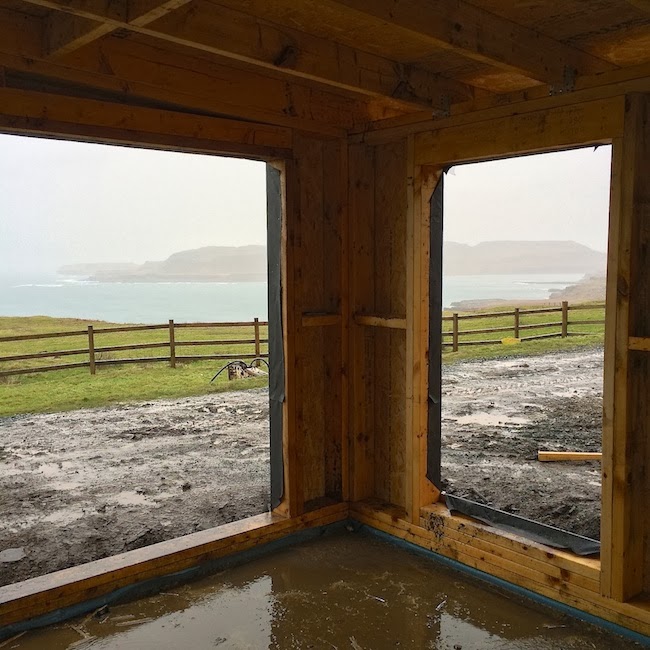 It looks pretty messy just now, but in the summer when the ground has healed it will be just magical sitting looking out on that view.  Shian's sunroom is on the east gable of Shian, in between the wall and the car, in the summer photograph below. 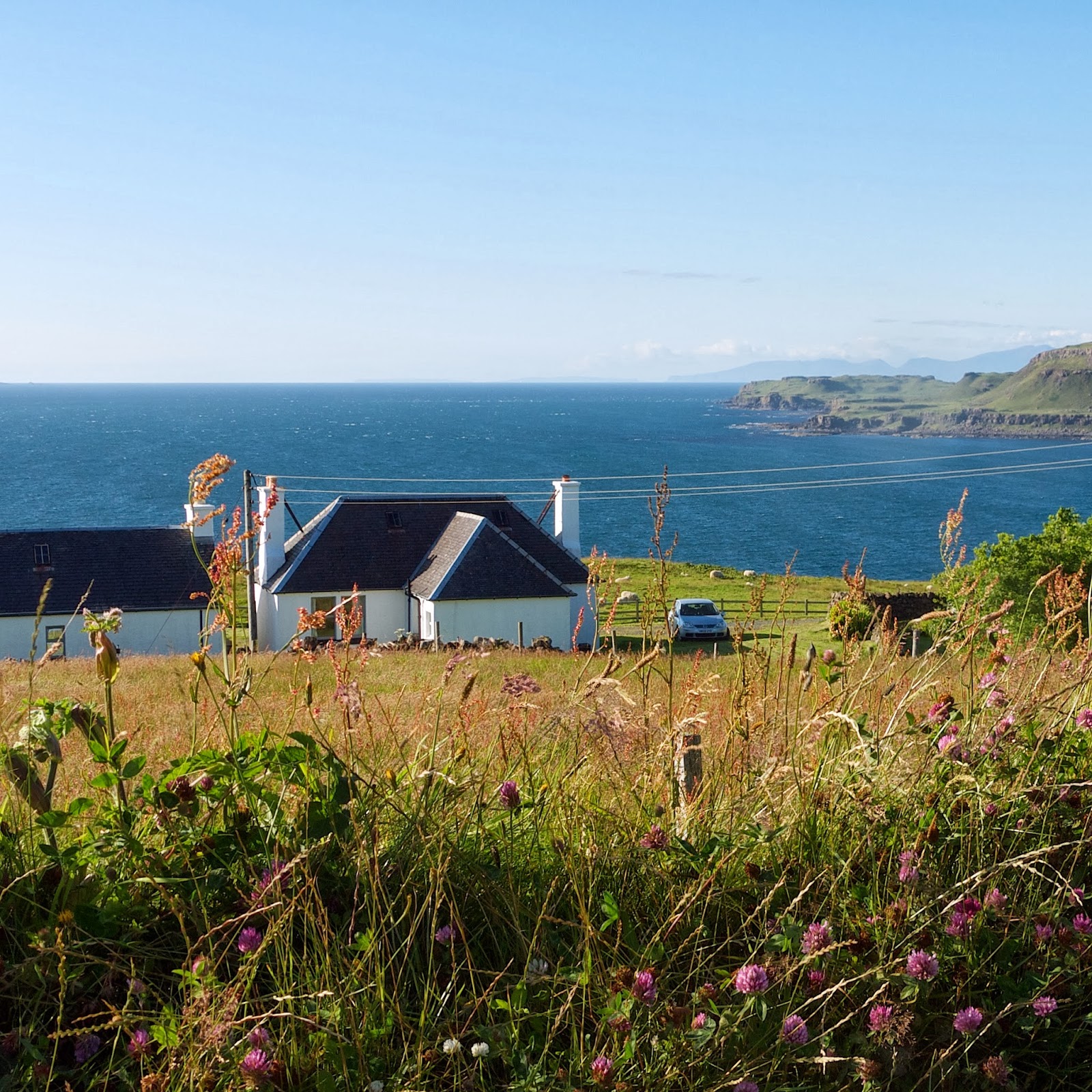 The old shop in Dervaig was catching some sun yesterday when I went to Dougie's to do some shopping, I know it will be gone one day, I must venture out again when my camera comes back from the menders. 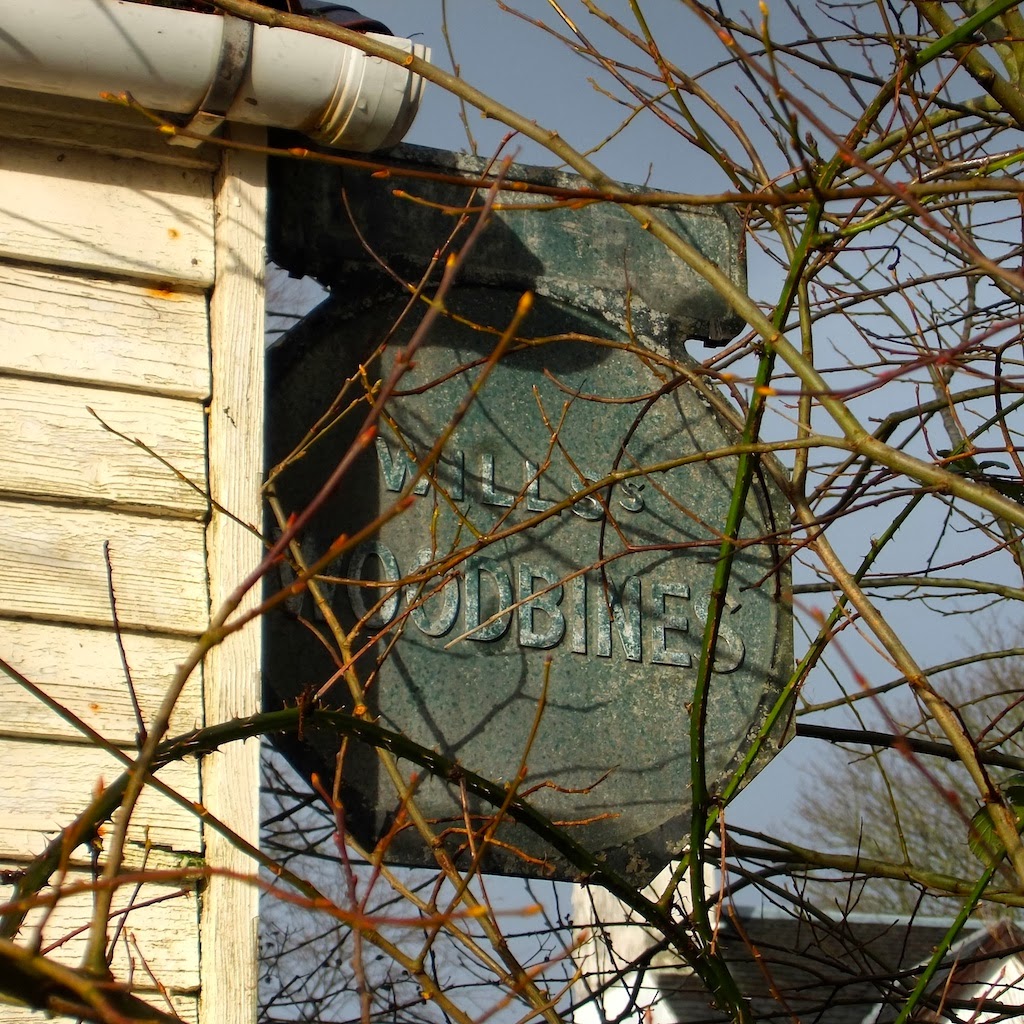 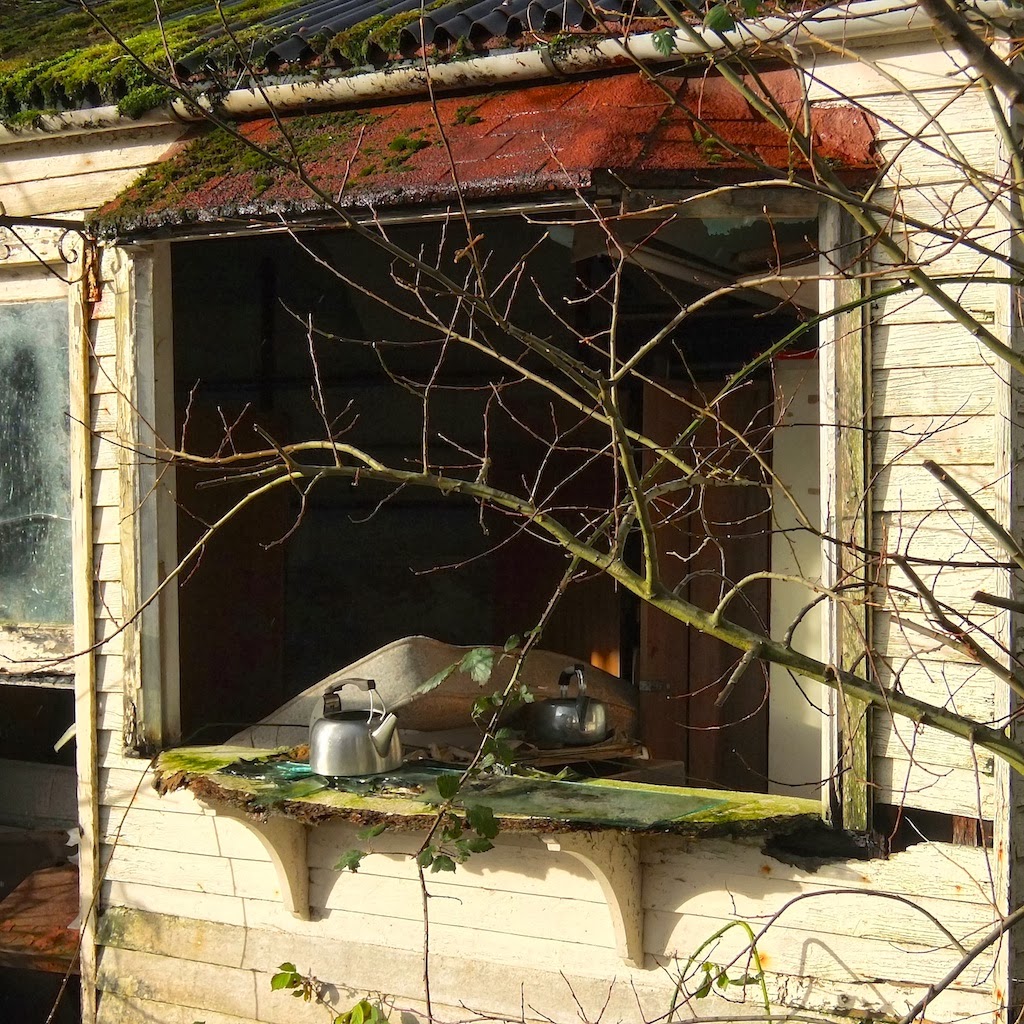 Loch Cuin, near Dervaig, is a good place for a bit of birdwatching too - as we stopped to enjoy the view for a moment or two on the way home. 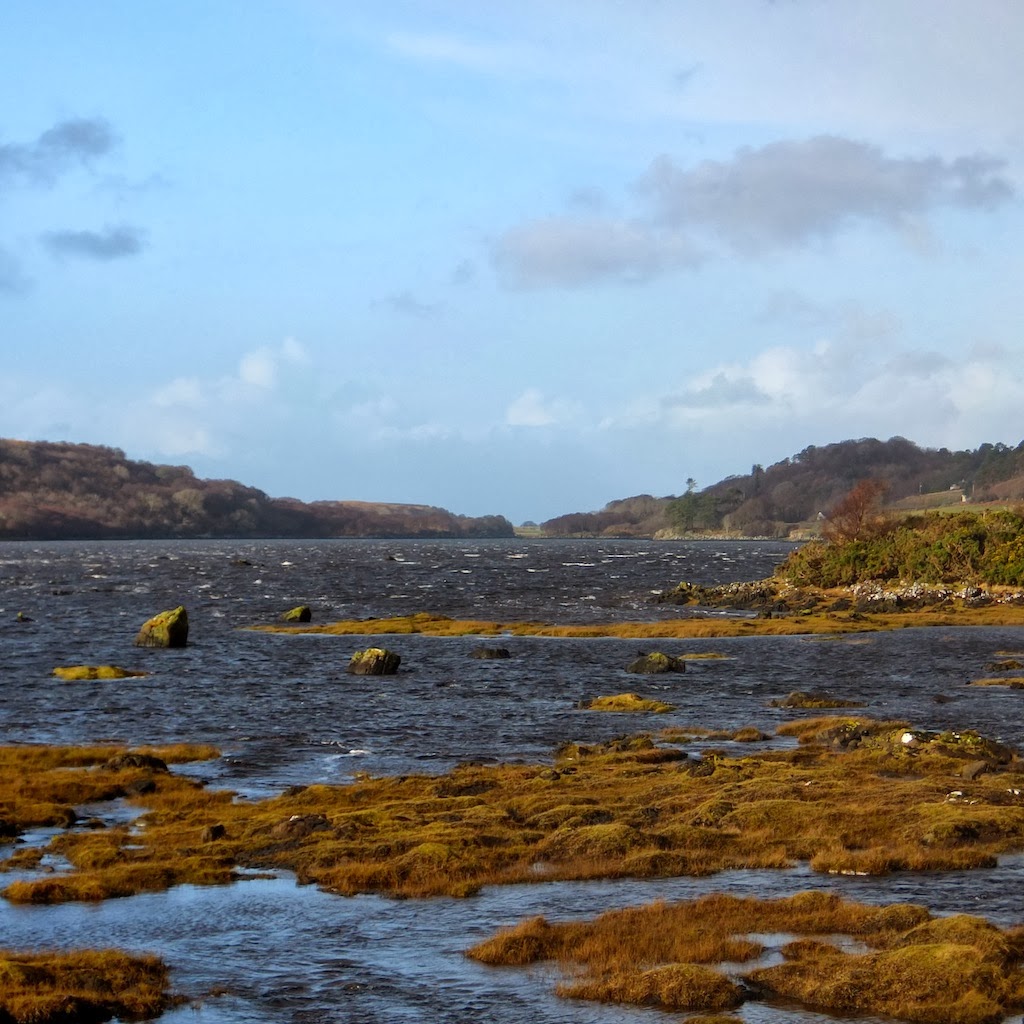