Hares in the garden 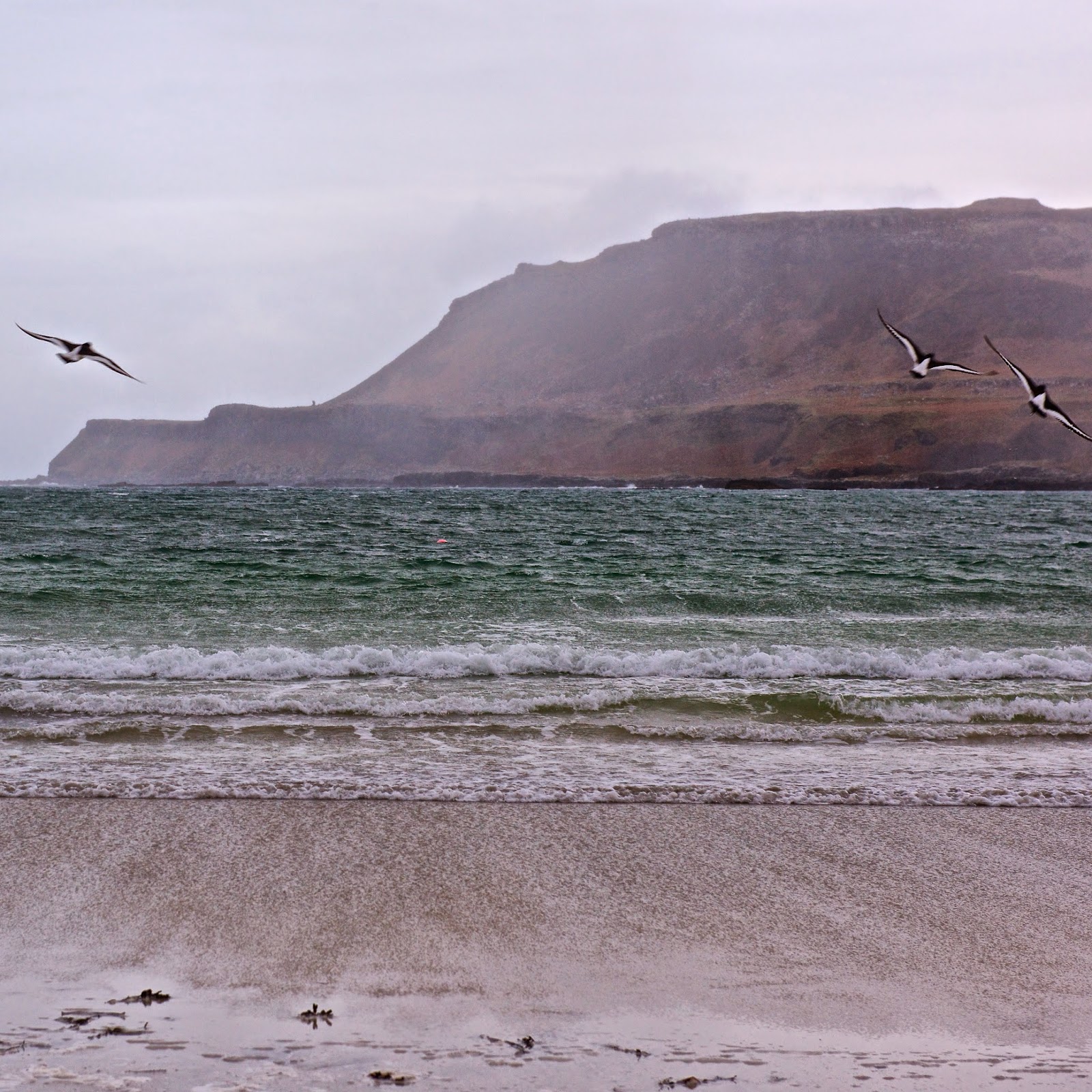 Another bout of storms, and the afternoon ferries to and from Oban are cancelled this afternoon.  The schools on the islands broke up today, so we are beginning the countdown to Christmas.  No one on the beach yesterday apart from us and the oystercatchers. 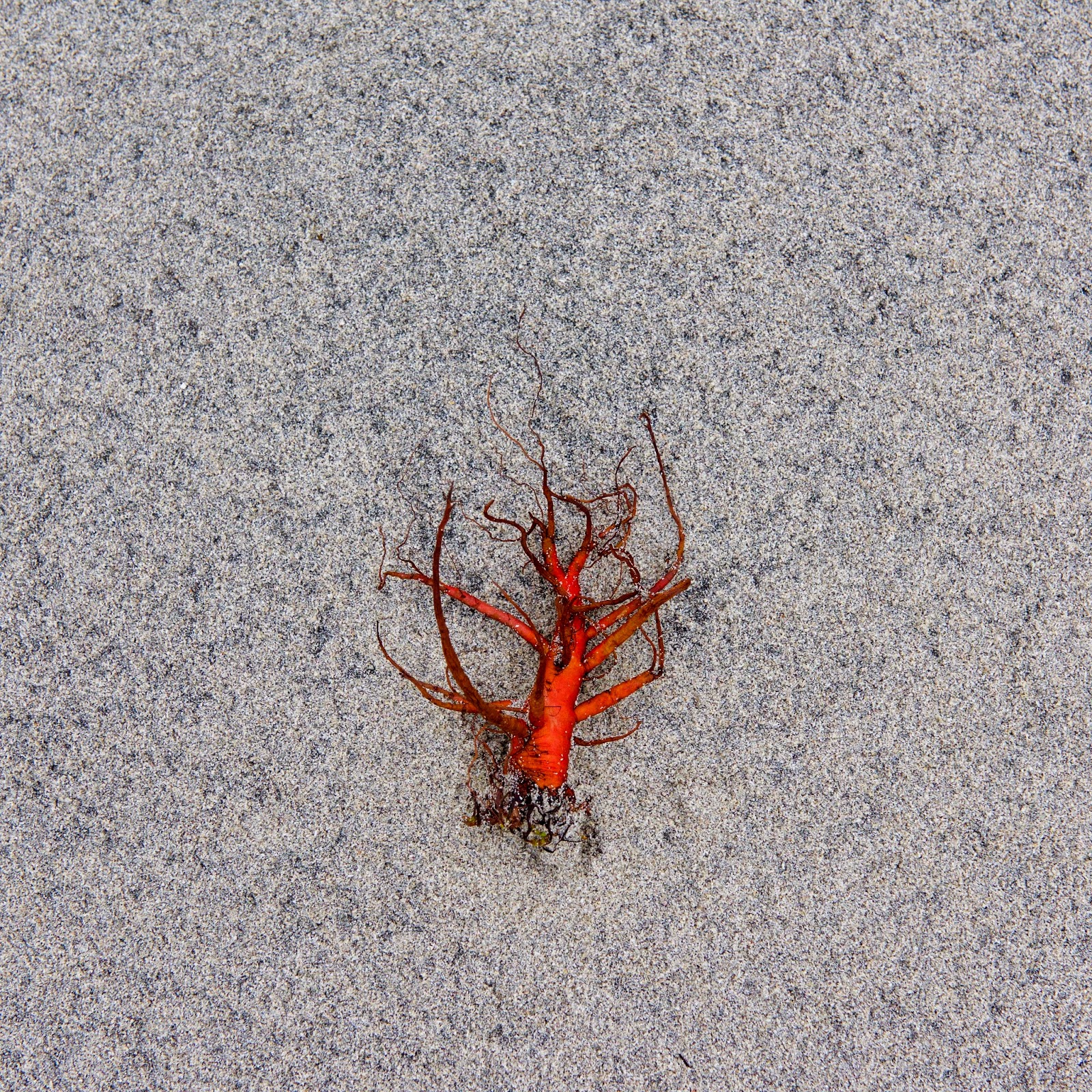 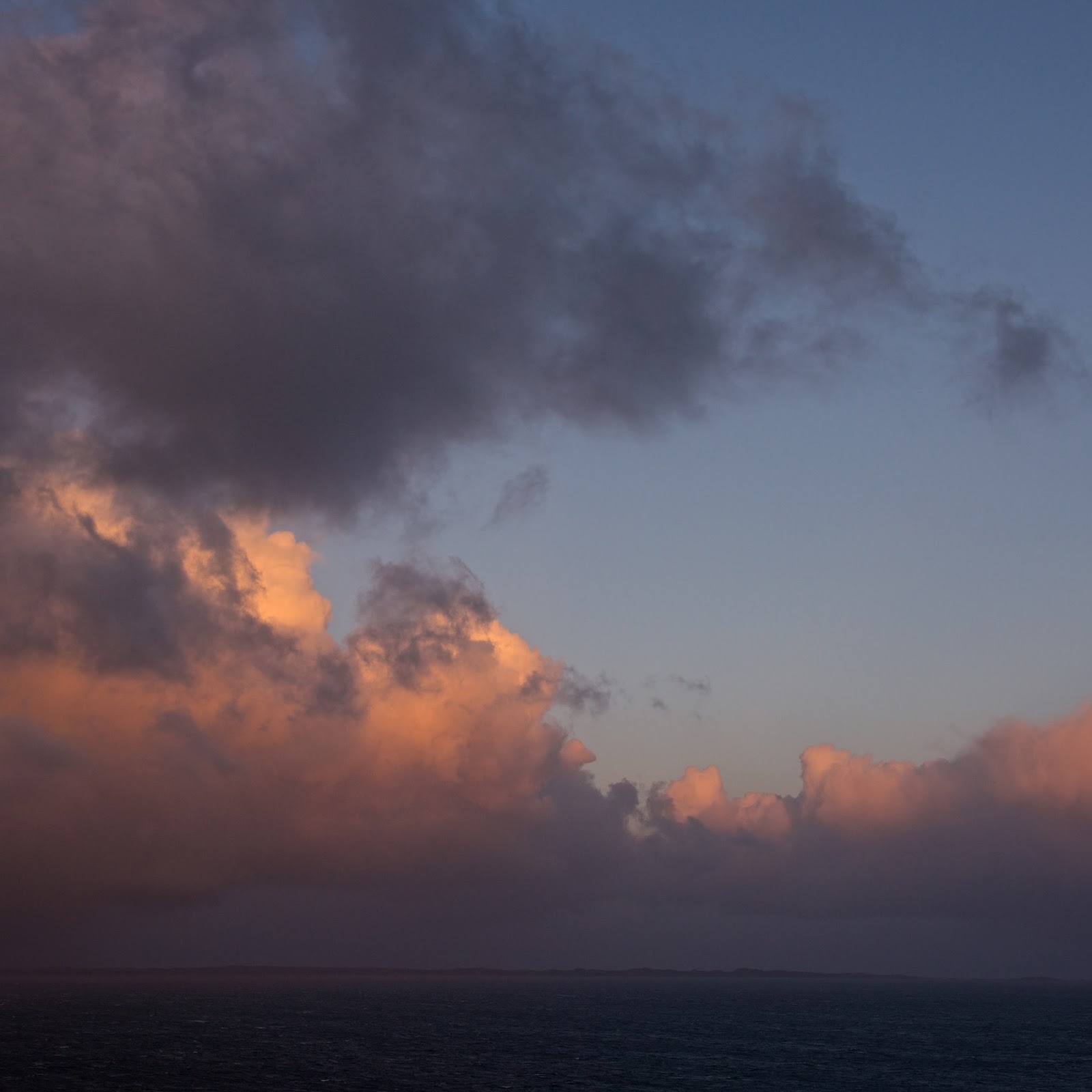 Farmer had to do some vermin controlling yesterday.  We had noticed that the kale was beginning to disappear.  Systematically, first the leaves then the tops of the stalks and finally the stalks disappearing without trace.   We suspected the hares, but hadnt seen any.  The white carrot fly barrier was put up to protect the ones they hadnt yet started to nibble. 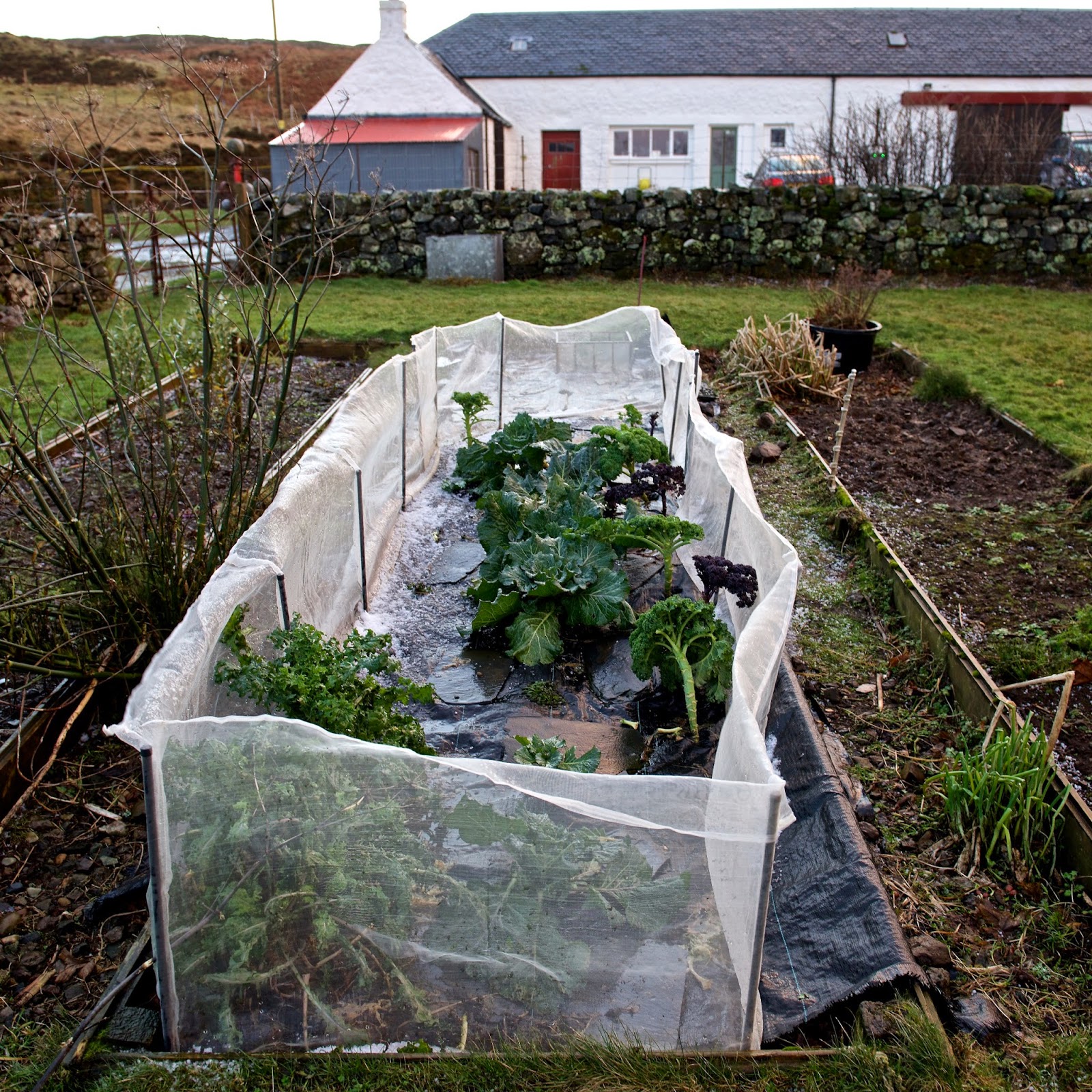 I let Coco out as usual this morning in to the garden and instead of just trotting about slowly, she shot off round towards the veg beds at the speed of light.  Seconds later two huge handsome hares, (top halves brown, bottoms and legs winter white) sprinted past me pursued by Coco hot on their heels.  Thankfully they outran her and sped through the fence to safety.  I hope that will give them enough of a warning not to come back - time will tell though. 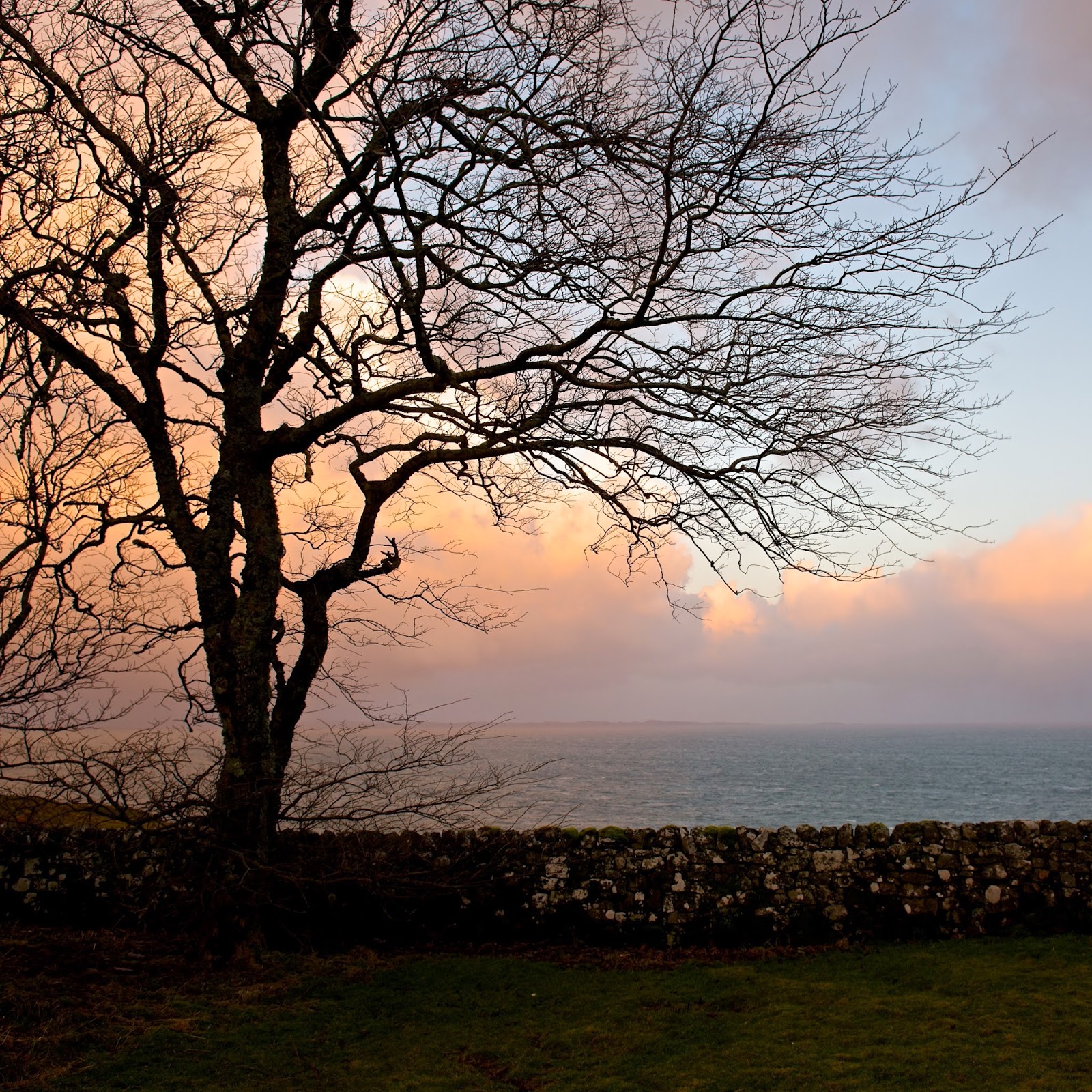 The light this morning was moody and wild. 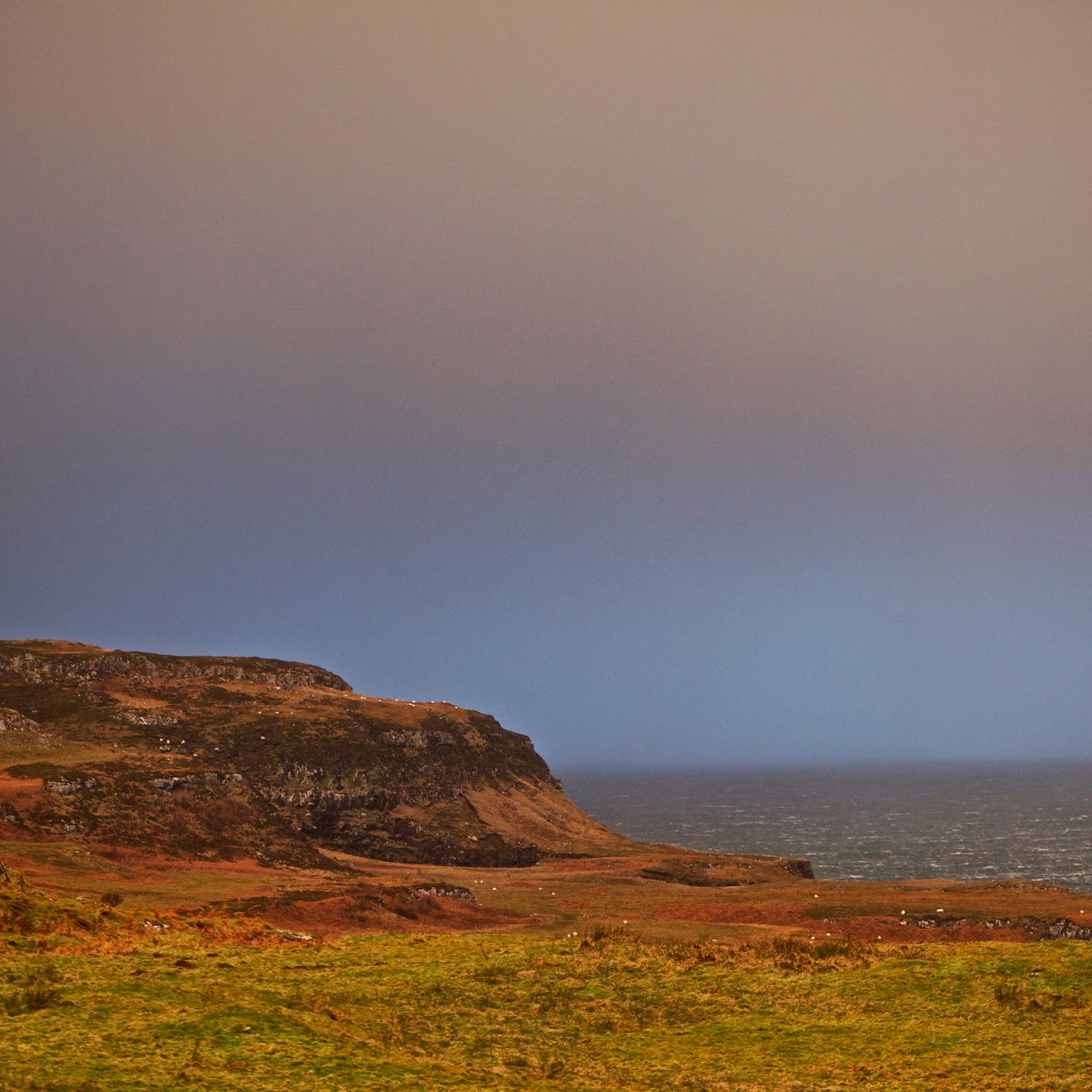 Farmer and I went off to Tobermory to collect Daughter from school - the end of term treat.  We did a few errands, met a few familiar faces, stopped to chat, did some localised Christmas shopping and headed for home again as it was getting dark. 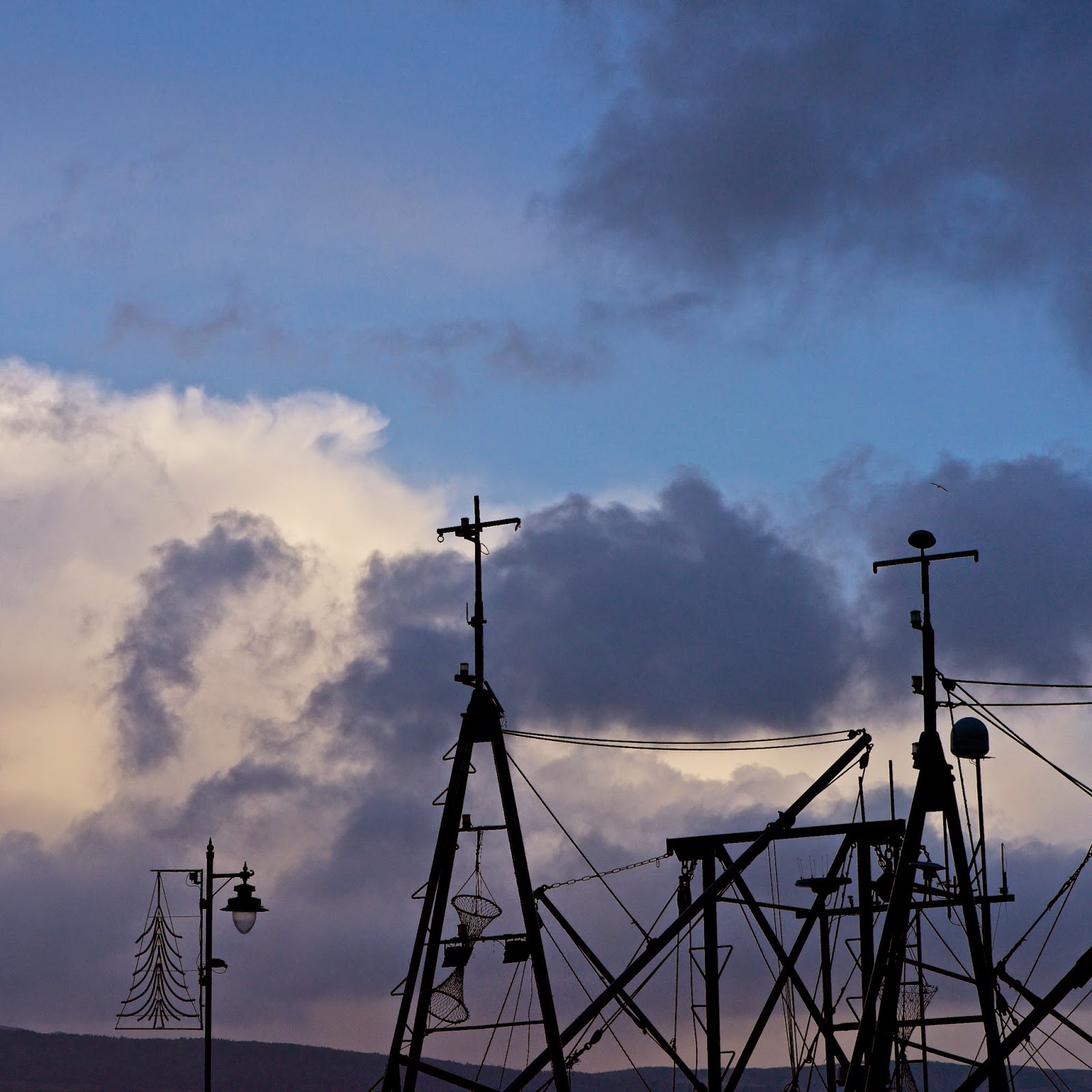 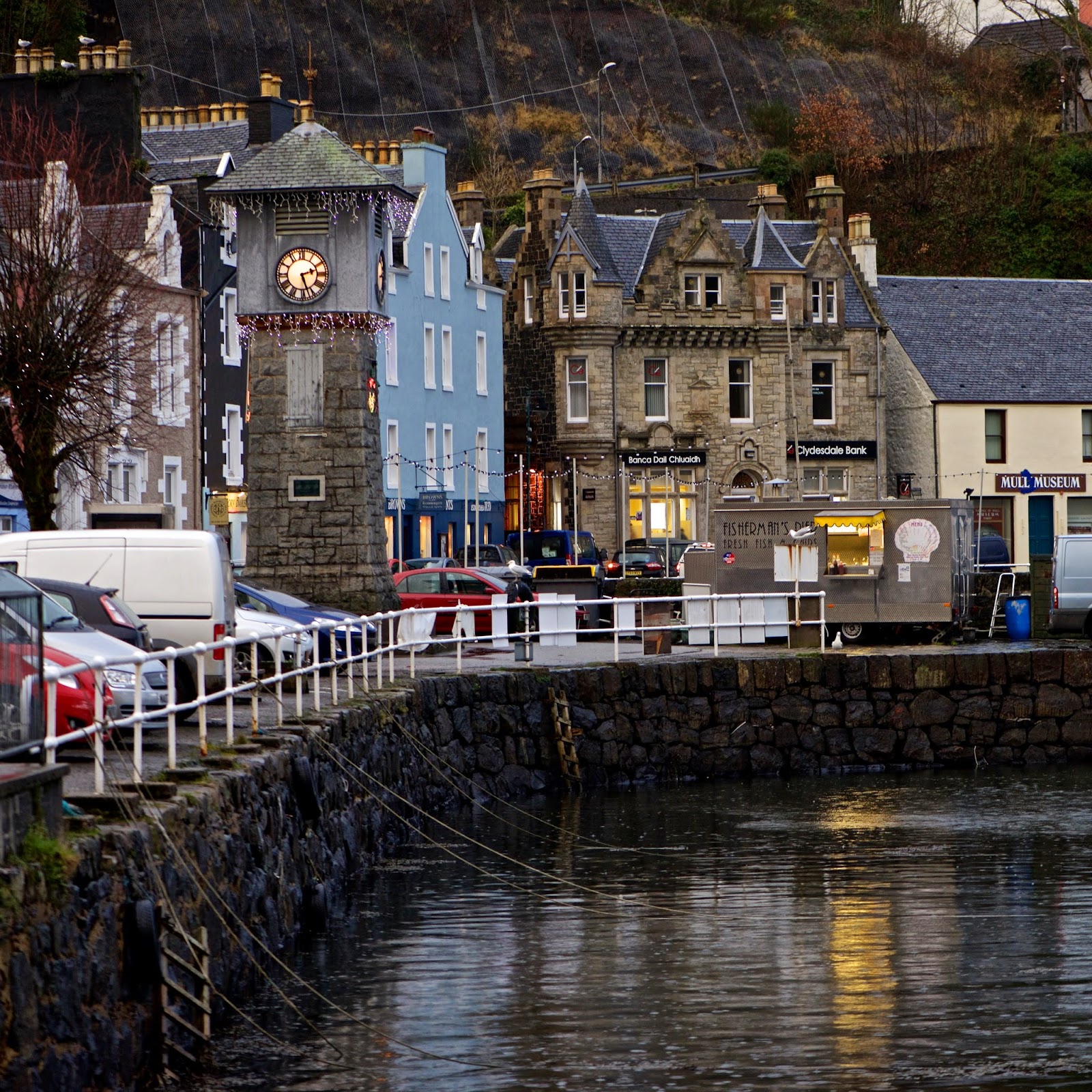 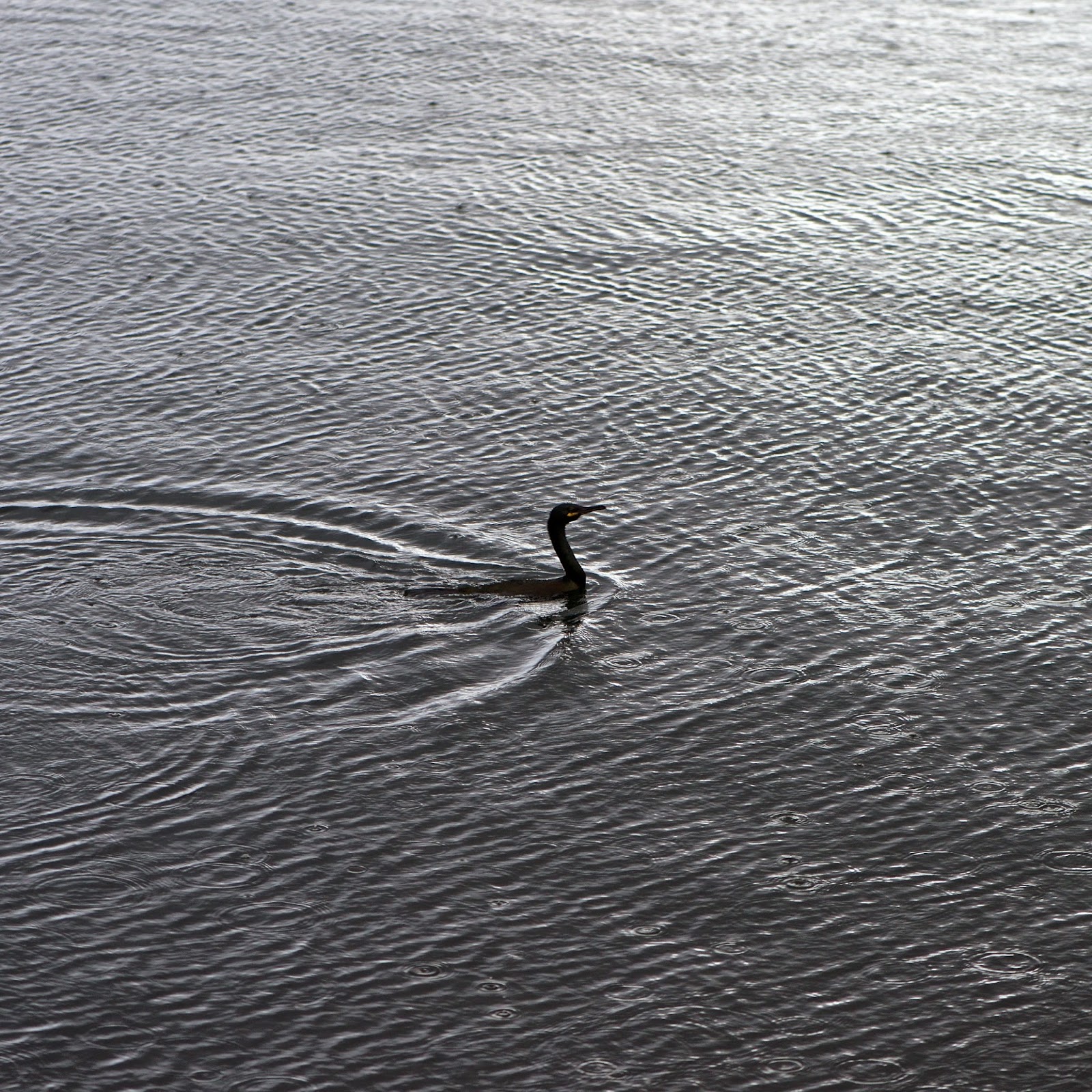 Now the fire is on and it is time to decorate the tree.