This has been a big secret to keep.  There was to be a news embargo until the day of the Launch.  So not even Daughter knew what was going on until a few days beforehand.

We were approached by Plantlife a few weeks ago, and asked if we would be willing to take part in the 'Coronation Meadows' project, representing Argyll.  We would become a donor meadow for anyone locally who wanted to restore a meadow - we could provide seed or hay which could be applied to the Receptor meadow.  Not entirely sure how it will all work yet, but you will be sure to read about it here when I do find out!

The big launch was to be at Highgrove on June 5th.  Farmer was suddenly very busy with other things, and insisted I went instead of him. 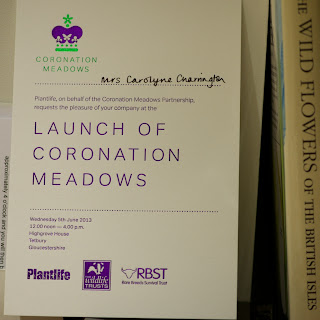 My main problem was how to get a passport in time, which I would need in order to be able to attend the Reception at Highgrove. Mine ran out 3 years ago, and I realised at midnight on Saturday night that I had made a mistake on the form.  To cut a long and anxious story short, a panic request for a blank application form on Facebook connected me with a form at Croig at 8.30 on Sunday night, and I was on the 8am ferry on Monday morning heading for the passport office.  Phew! 3pm passport in hand.

Monday night took me as far as Dumfries-shire.  Trees and fields lush and green. 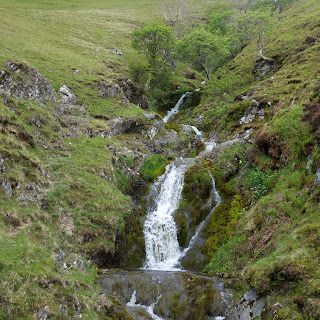 Coming down the Dalveen pass. 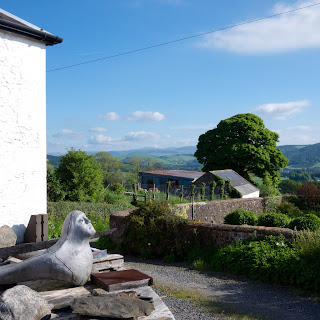 The view from Matt Baker's studio near Dumfries. 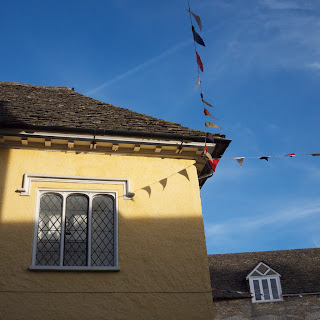 
Tuesday took me to Tetbury where I stayed the night, before we had to meet at a beautifully restored tithe barn at 11am. 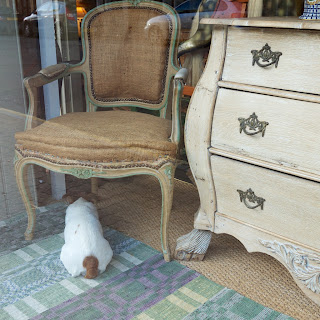 Tetbury is full of very smart shops with elegant shop windows. I got a bit of a fright when this dog moved. (the shop was shut, it was 8pm)

We all met at the Great Tythe Barn.   After coffee and refreshments there, and a briefing about the reception and how to address His Royal Highness The Prince of Wales, passports and invitations were shown, and we were herded on to a bus and transported along affluent and leafy roads to Highgrove.  We met our guide and were taken off on a tour.  We stood outside the house itself and looked across a wildflower meadow to the spire of Tetbury church, such a literary English view conjuring up images of characters out of Jane Austen novels. Compared to the stark beauty of Mull this felt so pretty and flore-bundant!

We were not allowed to take cameras with us, so I have no photographs of the gardens, or of myself (!!) shaking hands with Prince Charles to share on the blog, (perhaps just as well regarding the latter), but in one sense it was torture not to have a camera as we walked around, although it gave me a good opportunity to only use my eyes for once.

Brilliant sunlight shining through tree fern fronds against damp wall shadows. Magical meadows of long grasses flowing in a light breeze spotted with the yellow buttons of buttercup, and tall blue spires of something beginning with C...  Parkland trees casting shadow from the midday sun.

It was wonderful to go somewhere which is being tended organically - the kitchen garden was beautifully and elegantly laid out, with a pretty herb garden in the middle.  Everything was so well cared for but so alive.

After the tour, we were directed to the old stable yard and offered Pimms or traditional lemonade or elderflower and a delicious buffet of bite sized nibbles.  There were lots of people from the Wildlife Trusts, from Rare Breeds Survival Trusts and from Plantlife.  There were occasional farmers dotted in between.  Prince Charles arrived through a door in the garden wall and started meeting the assembled. All in all about 100 people, split vaguely into geographical groupings stood and chatted while he worked his way round each and every person there.

Scotland was represented by 9 meadows mostly looked after by Scottish Wildlife Trust, local authorities or National trust.  It was really nice to meet the other Scots there and some of the other guests.  I met one woman who had stayed at Treshnish on holiday in 1990!  After each person had had their moment, it was time for the speeches and then back onto the buses. Prince Charles talked about the need to look after wild flower habitats as well as the bees, but also acknowledging the importance to us all of the spiritual experience of being in amongst wild flowers.

It was a great occasion and I felt very proud that our field was going to represent our county and be part of increasing wild flower sites in Argyll, though the process is still a bit unclear!

The nearest I could get to a photograph of Highgrove was the opening times of the Highgrove shop in Tetbury after the event! 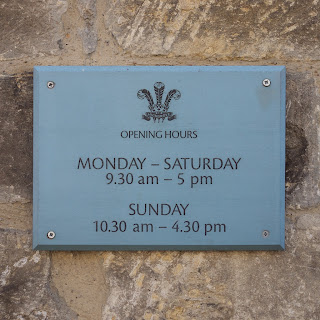 Our entry on the Coronation Meadows website. News of the launch on BBC Nature and ITV news. In the ITV piece the clip from Prince Charles mentions the spiritual importance of wild flower meadows or fields, which was right up my street.

The following day I drove home.  14 hours door to door.  Lots of stops. Lots of coffee and the occasional nap.

Back to the beginning of summer.  Back down to earth. And our beautiful view. 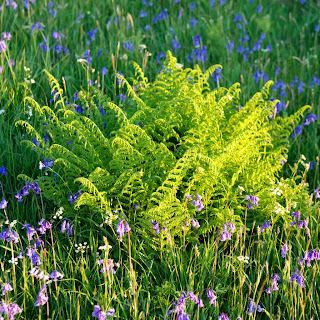 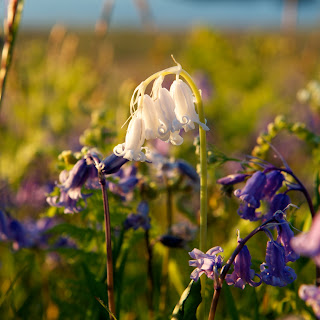 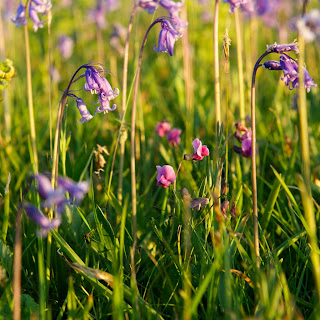 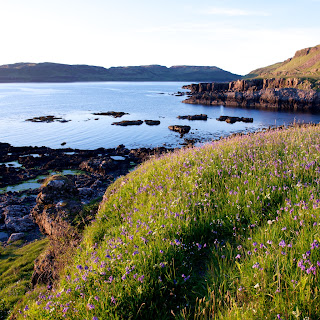 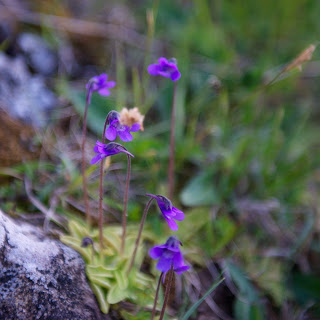 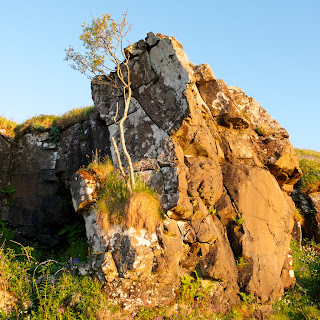 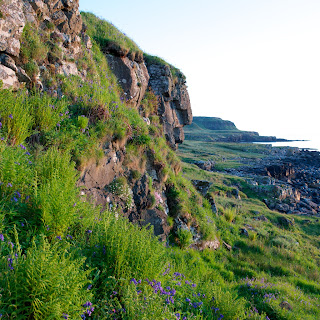 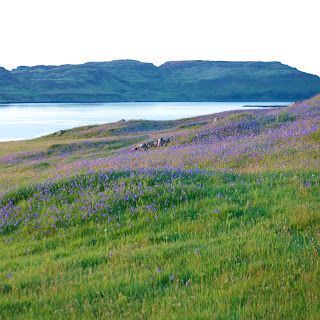 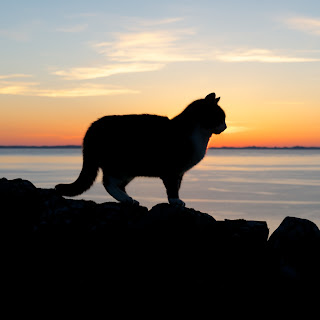 With just enough energy to take a walk down below the house and see what we could see.