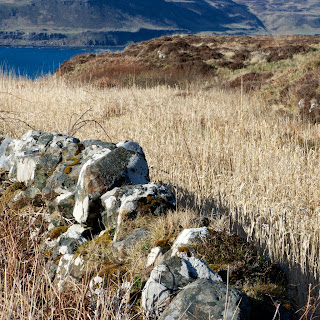 With all but a handful of in-bye ewes left to lamb, we are half way through, time wise.  The tups are usually with the ewes for 6 weeks (from the end of November until just after New Year) which governs the length of time 'lambing' goes on for - give or take a few days for premature or late lambs! The ewe fertility cycle is 17 days and so we expect 75-80% of our ewes to have lambed by the end of the third week.  This doesn't mean Farmer can put his feet up through.  You still have to check as often for 5 ewes as 50.  However, it is a relief to be able to see that most of the ewes have lambs now, on the hill as well as in bye.

Yesterday was horrendously wet and cold and so Farmer was on the look out for lambs who might have misplaced their mothers (or vice versa) and got too cold.  This morning he has brought a new born  lamb into the house whose mother appeared to have walked off (sometimes happens with gimmers/ewes having their first lambs) and having had a feed, it is currently warming up under the lamp. 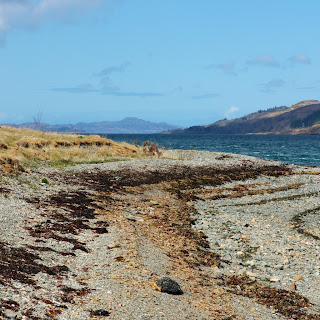 I accidently disturbed a greylag goose from her nest on this stoney little beach on the east coast of the island between Salen and Fishnish. Such big eggs! 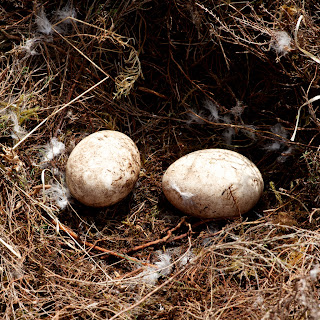 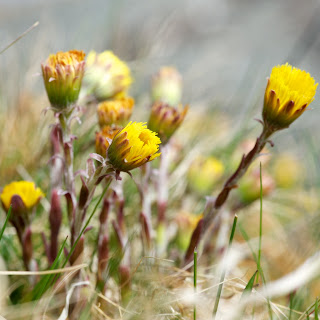 There is lots of wild garlic around and it is lovely to see the marsh marigold coming up now in sheltered damp spots.  The larch is brilliantly green and the needles at the soft and luscious stage. 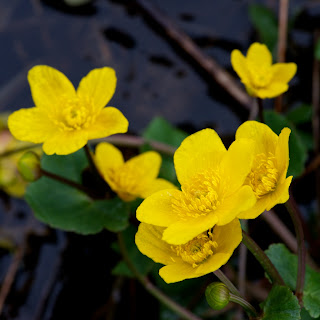 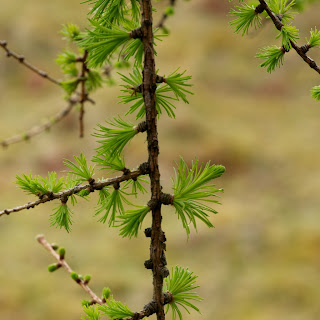 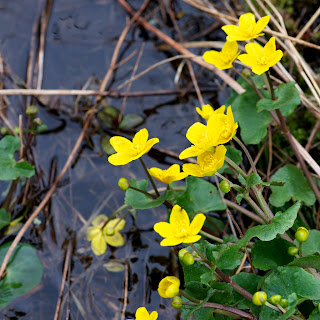 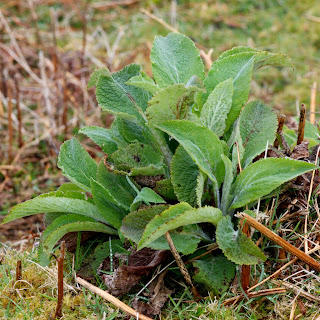 Clumps of foxgloves growing. I am NOT looking for the first bracken fronds.  I know some people have seen some, but I don't want to see it.  We will be not looking for it on the 77 hectares that we had aerially treated last summer, but anxiously hoping it will have been successful. 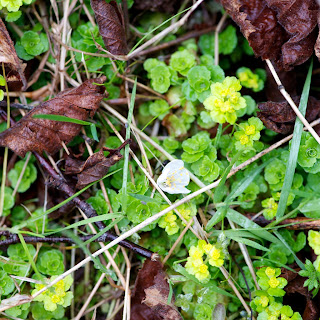 The copse of geans have suffered in the wind, just as they were beginning to flower. The ground underneath is littered with their delicate petals. 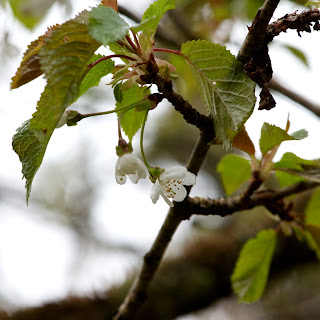 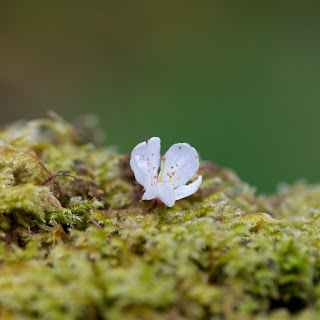 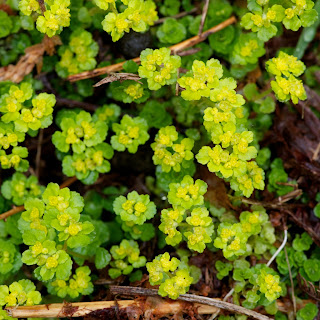 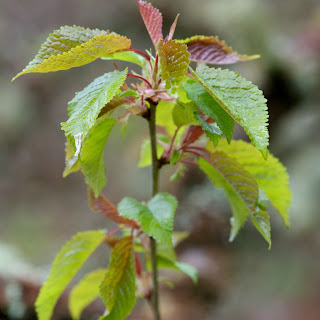 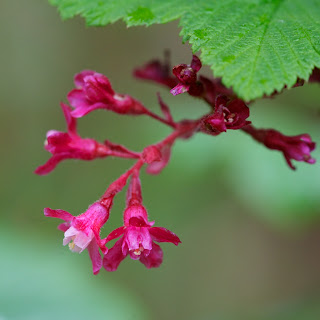 Guy has been helping out with a few chores - putting in styles and hanging gates. At last we have a style beside the graveyard.  Cap is moving kennel and Guy has gated the kennels now so that they are more private.  Cap is a very passive unaggressive dog, but quite often dogs (walking through the yard with their owners) would run up to him in his kennel, so now he can be undisturbed as they won't be able to see him.

Another job which Farmer has been desperately looking for time to do, is cutting back some of the brambles in the in-bye fields.  As I have written about before, with the grazing restrictions at certain times of year, the brambles have really been growing upwards and outwards in several of the herb rich fields. So it is good to have had Guy's time cutting them back a bit. 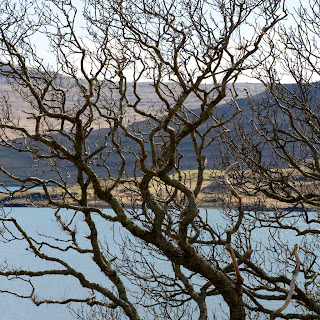 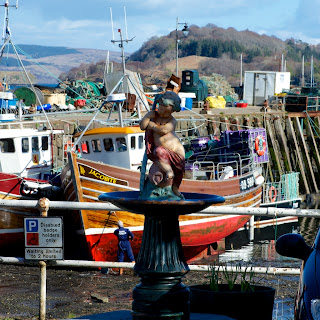 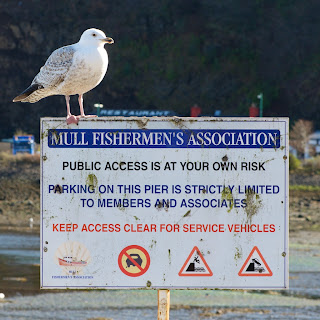 The goldfinches are really enjoying the seed feeder. Bird photography is not my forte, but I crept up on this one as I only had a 100mm lens on the camera at the time.

The RSPB are coming to do a twite survey on the farm next week.  They will be comparing the results of this year's survey with the last one they did here in 1999.  We were 4 years in to the ESA conservation management scheme then,  and 1999 was the year we went organic although we had stopped using artifical fertilisers a few years before that.  Hopefully the survey will show an improvement in numbers!!  I was busy earlier in the week getting some photographs and information ready for Plantlife as they are doing a Case Study on the farm for a paper on farming for wildlife. 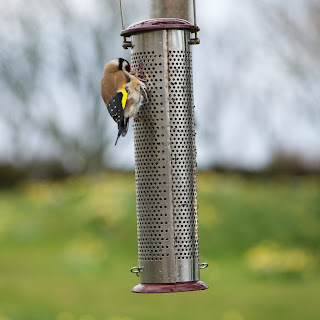 The River Bellart bursting its banks yesterday after a day of rains. 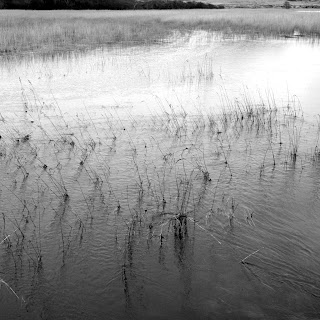 Highland Wood Energy came to service the wood chip boiler this week.  Apart from a cracked grate (which will need replacing at the next service), everything was deemed to be working well, so that was good to hear.