The other night we went on to the lower part of the Point, to look at the seabirds nesting on the cliffs. It is a familiar refrain as to how few seabirds there are now, compared to the past. But it is true.  There are not as many.  Having established the nest we were interested in was a shag nest, we walked along the Point, where I haven't walked for a long time, and not at this time of year.  It was magical.  If a little vertiginous.  Inching out on my knees to take photographs of these beautiful cliff edge flowers, like the most wonderful wild garden. 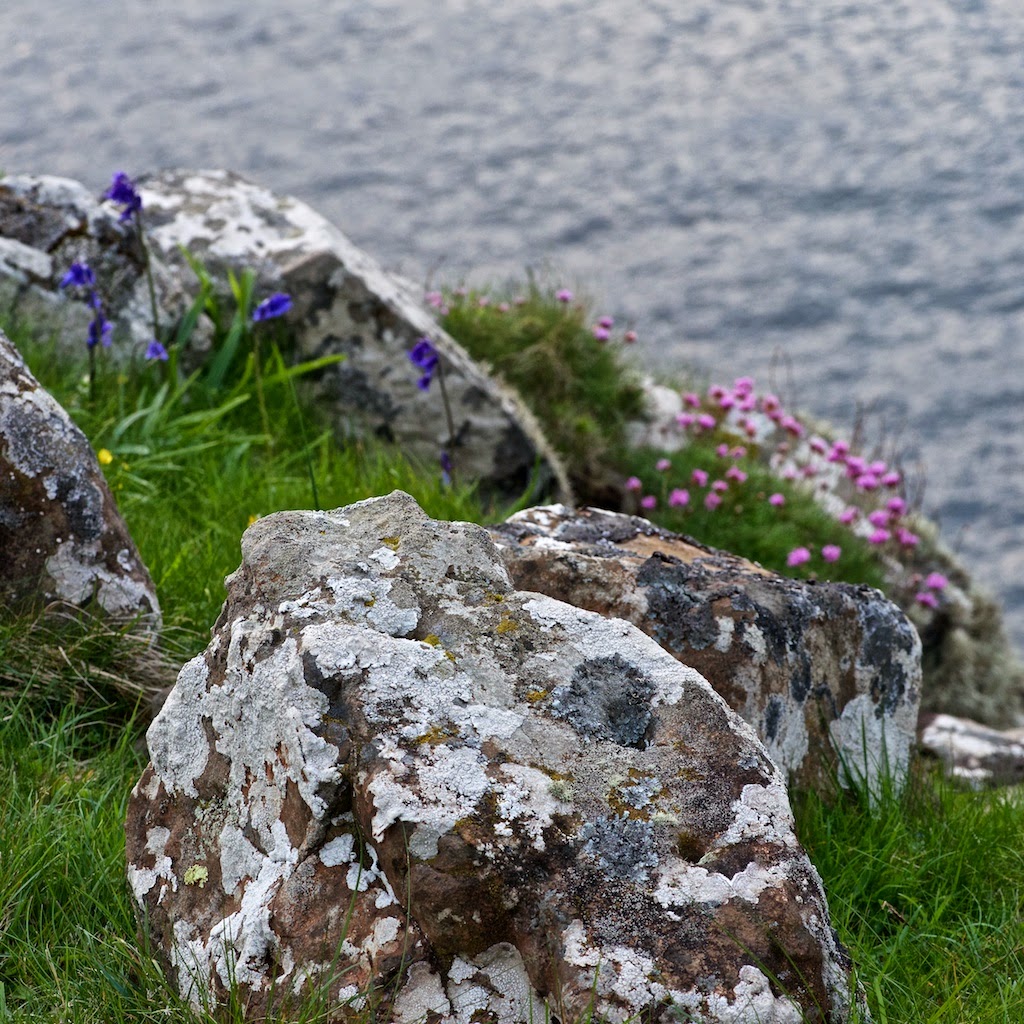 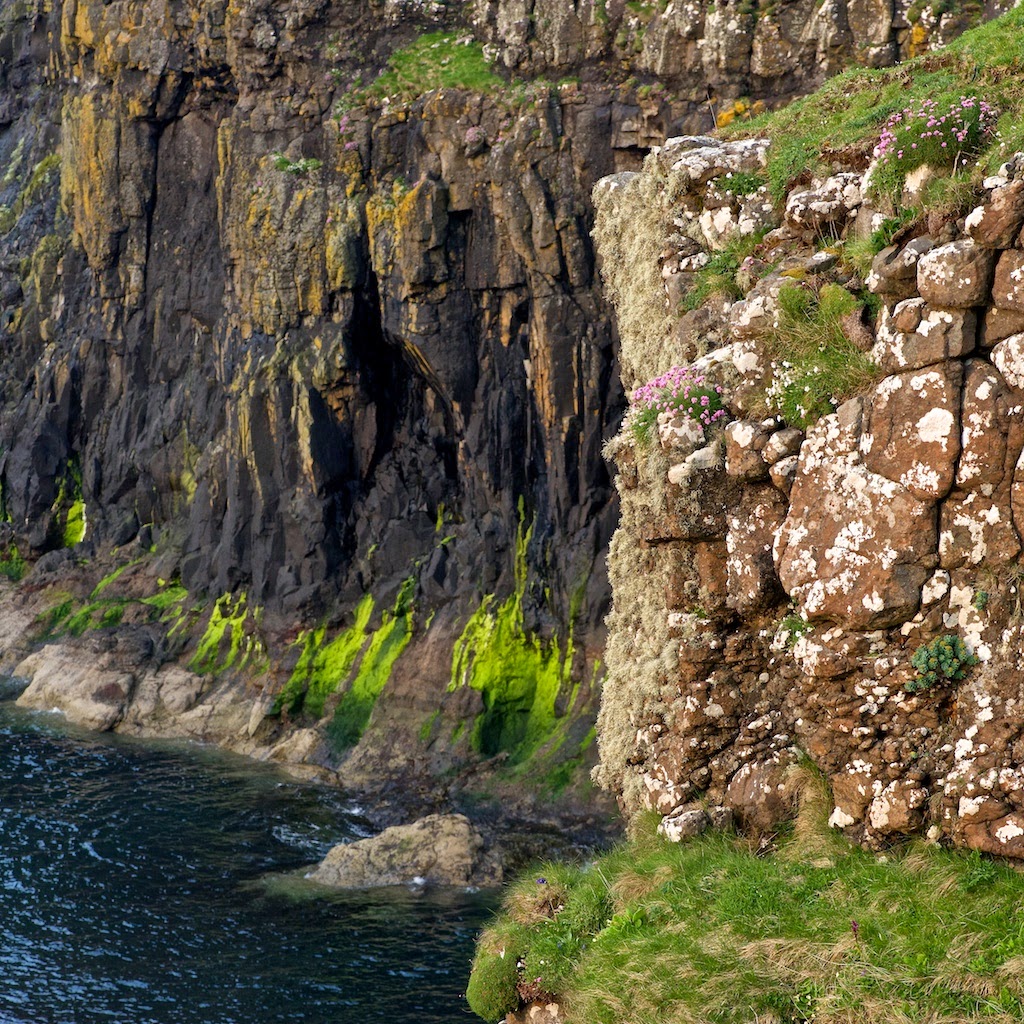 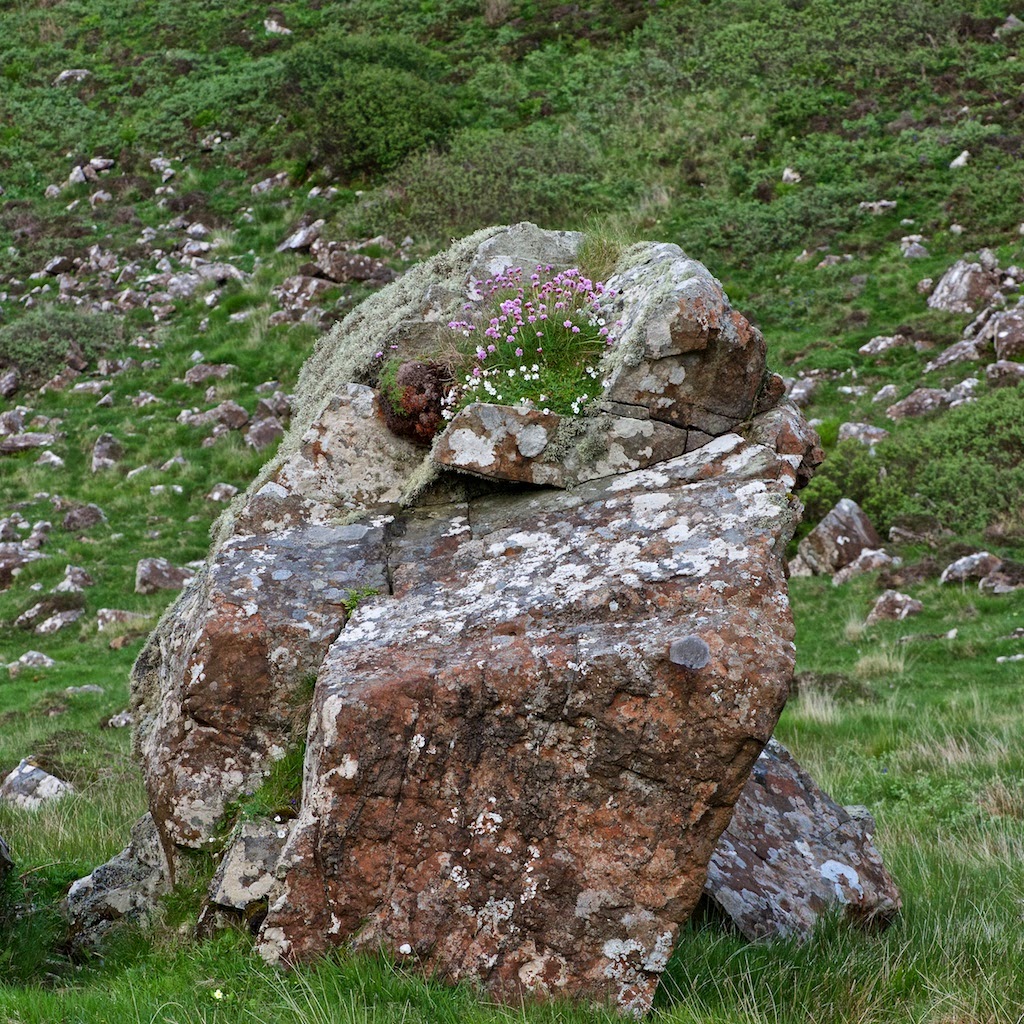 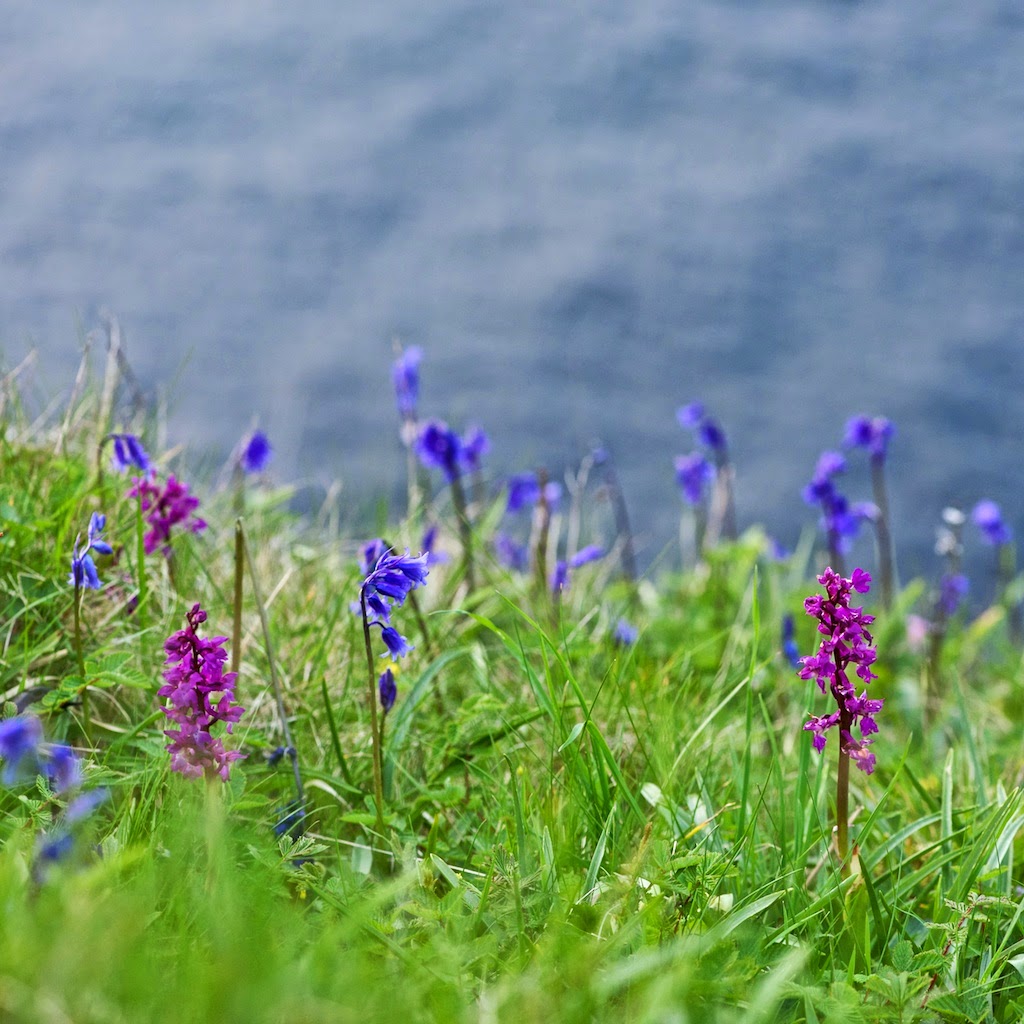 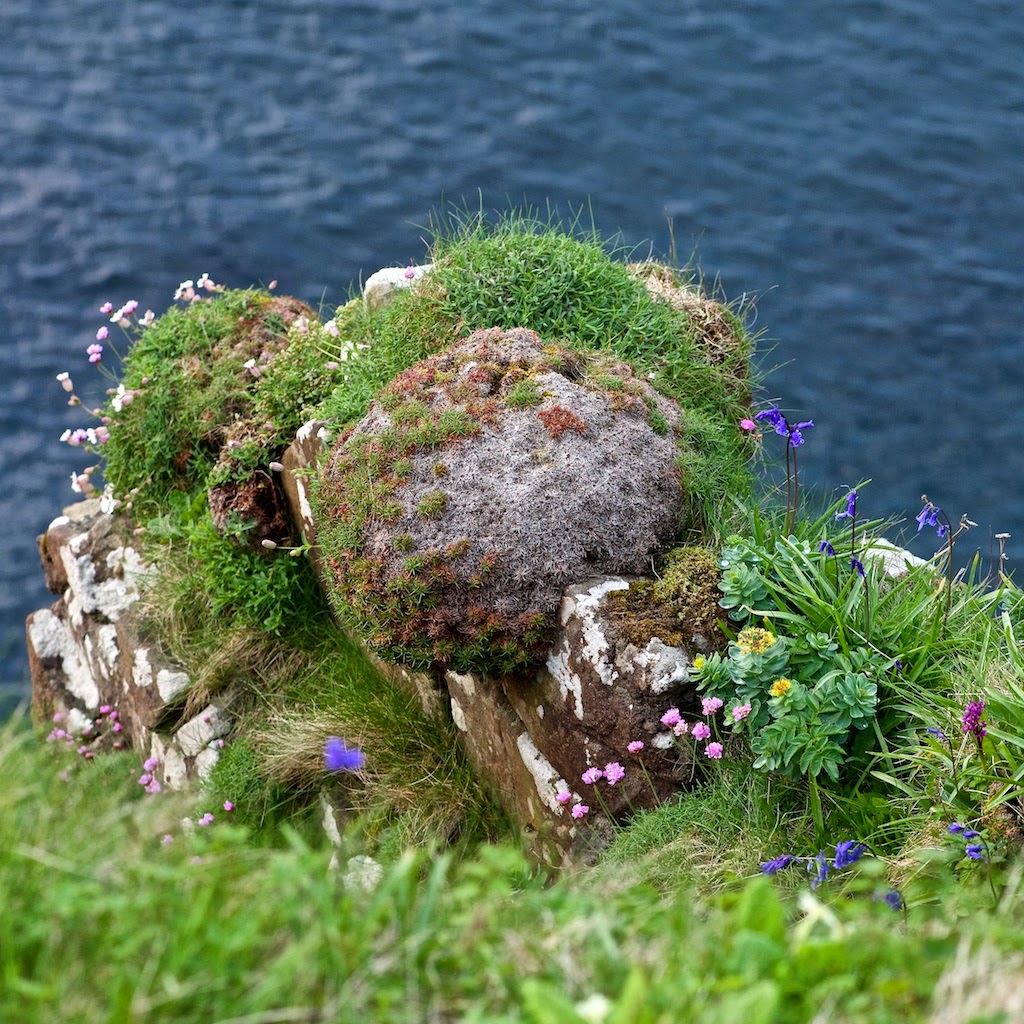 The week has continued to give us good sunsets... 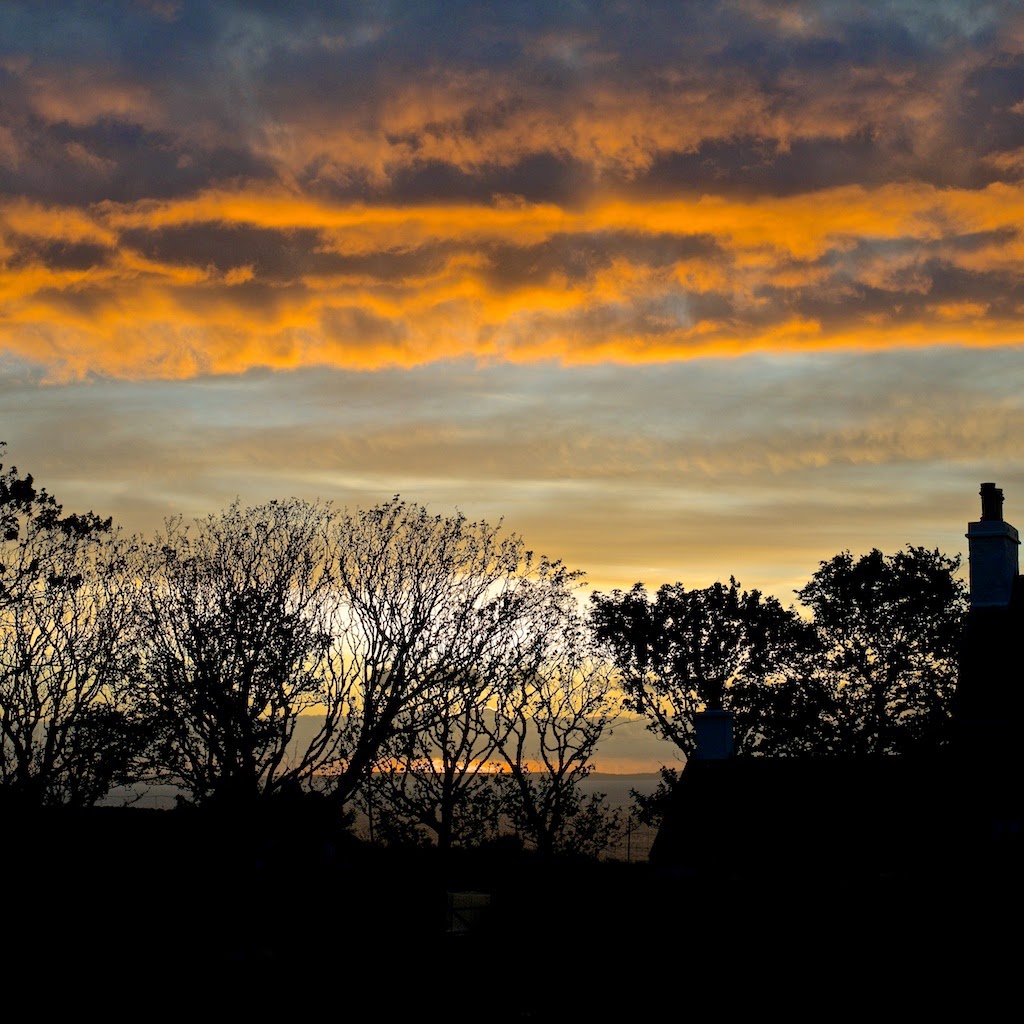 The bluebells are glowing - this is the site for our proposed site, if ever we can sort out the access issues at the road end...

Last night the last cow to calf (very late) took herself off to this corner of bluebells next to the wood, and for a couple of hours we could hear her calling.  Farmer was checking on her from afar, using binoculars!  It was quite handy she had chosen to be close to the house for that reason.. About 9.25 he saw the front feet appear, and 30 minutes later when he checked again she was licking a newborn calf, already up on its feet.  Easy calving is one of the qualities you look for in a bull.  This years calves are the first from the bull we bought in March last year.   Farmer is pleased, and relieved, that there weren't any problems at calving time - no need to help or intervene.   Daughter and I reckon the calf will have to be called Bluebell, irrespective of its sex. 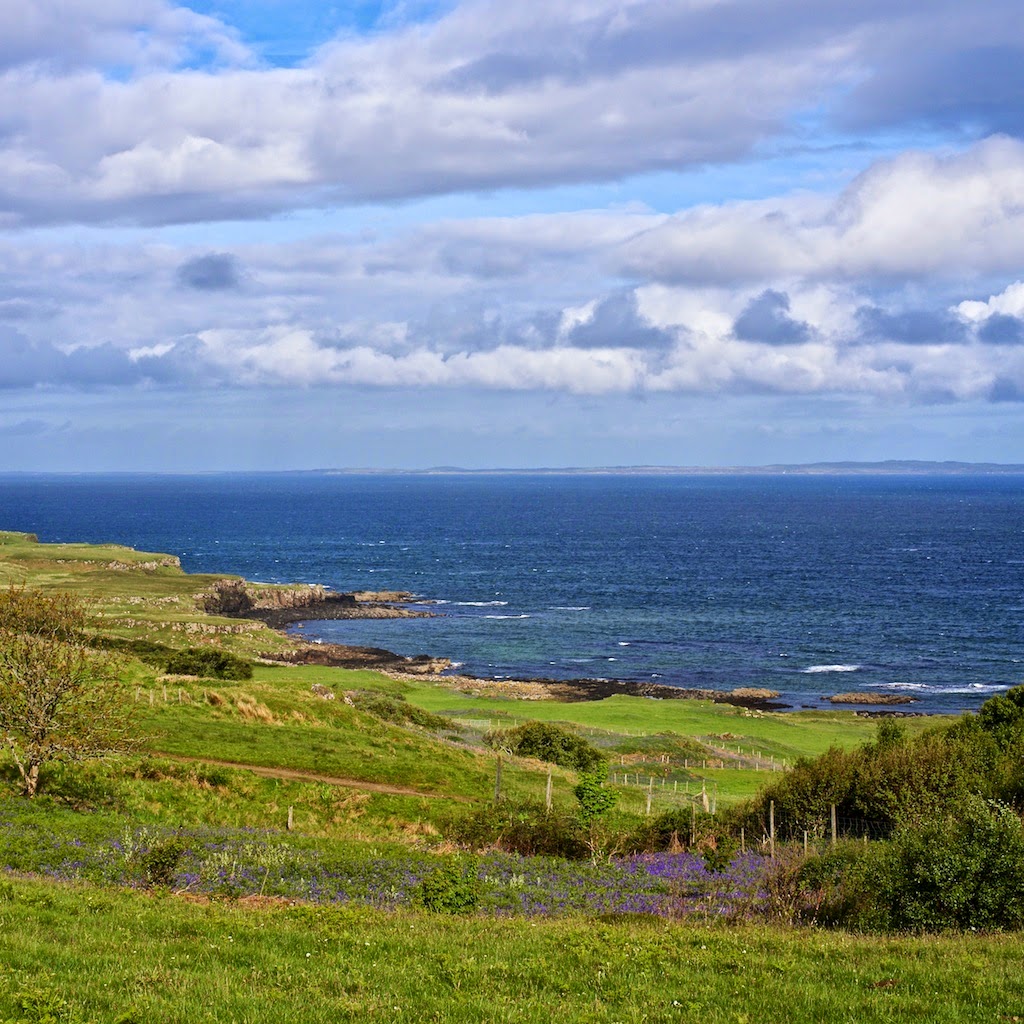 Along Loch na Keal, this hillside was sprayed 2 summers ago, and it has revealed a carpet of bluebells. 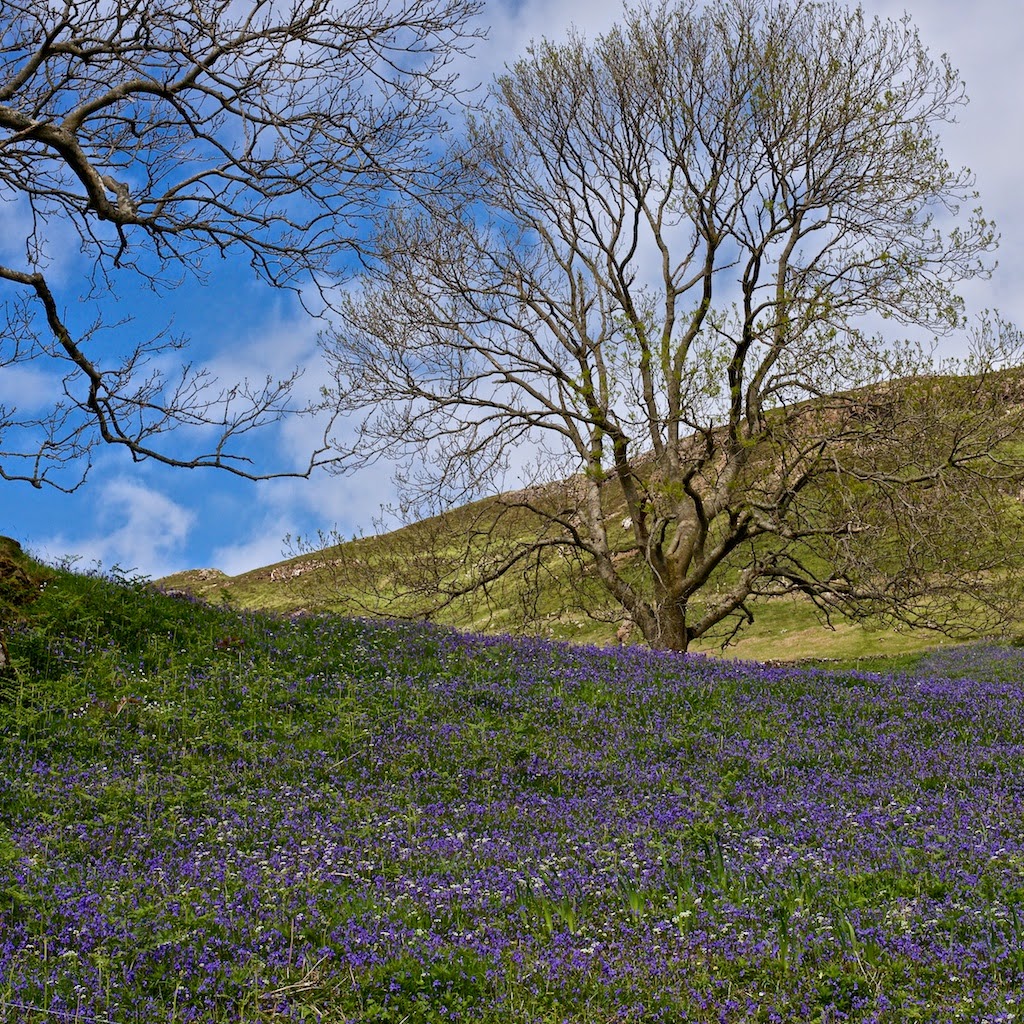 Shian garden has recovered from the upheavals of the winter! 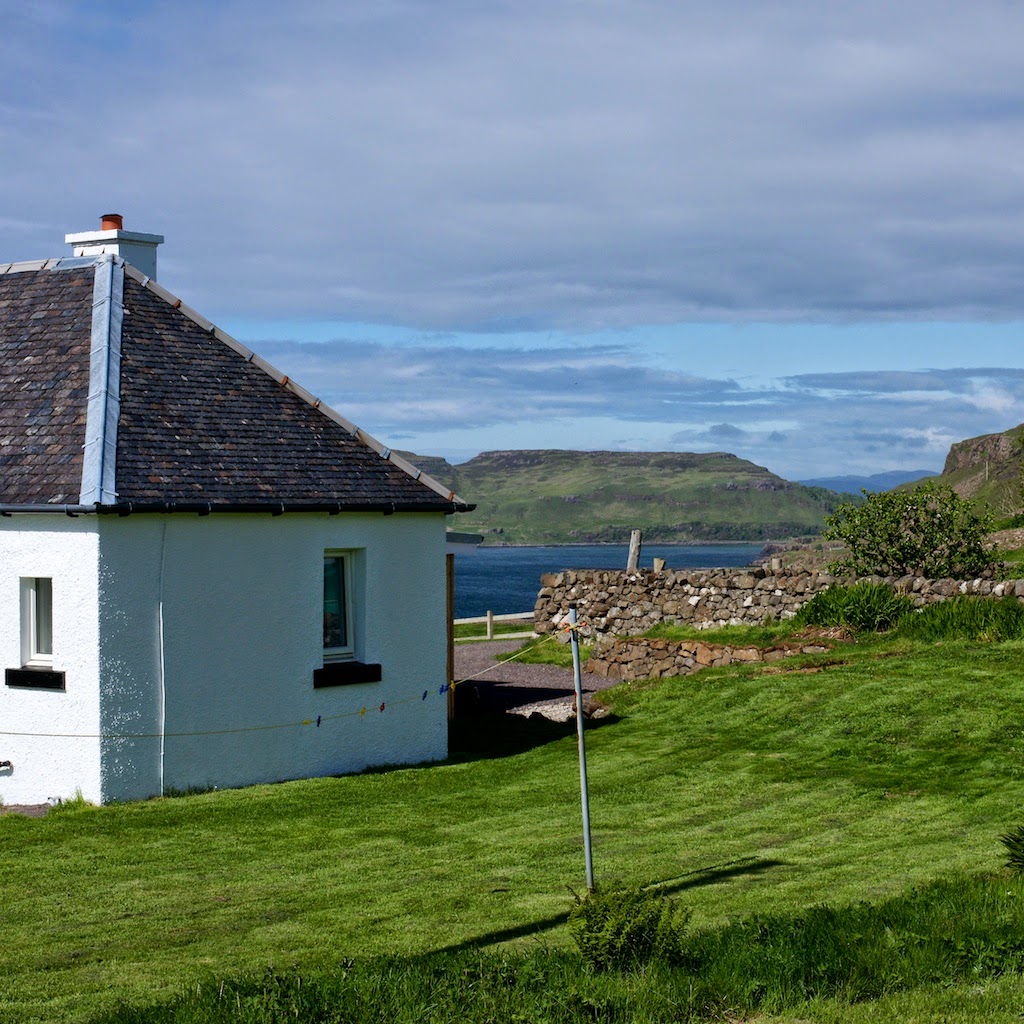 Duill garden is recovered too.  We have sown wild flower seed on the bare patches of soil and laid some turf on this bit. 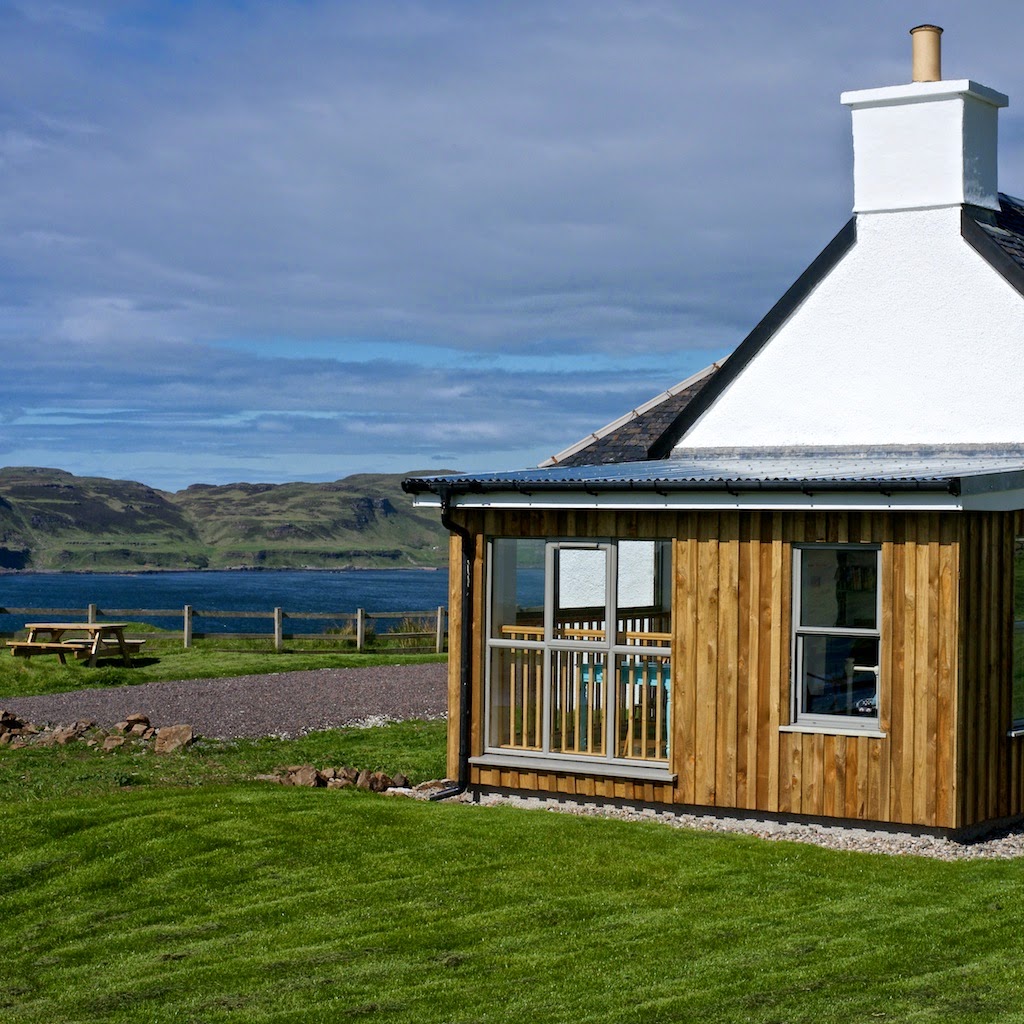 Last night Farmer had to go to Crackaig and Glac Gugairidh,  I went along for the walk.  There are more photographs here. 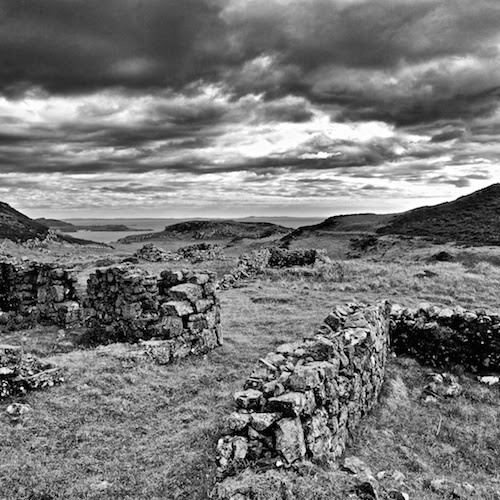