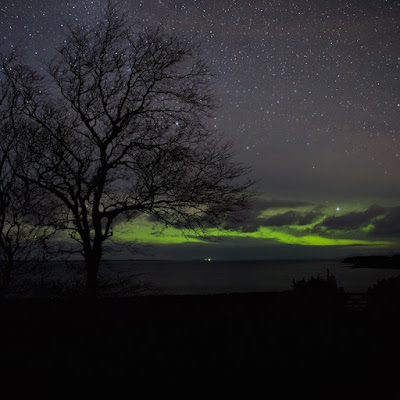 From just after midnight...the aurora borealis fighting through a bank of cloud.  I never take for granted how lucky we are to have this on our doorstep, when all the different forces of nature work together.  We even saw it last Hogmanay.  In fact if you would like to take your chances, why not have a look at the spaces we still have for Christmas and New Year, and take advantage of our 20% discount! 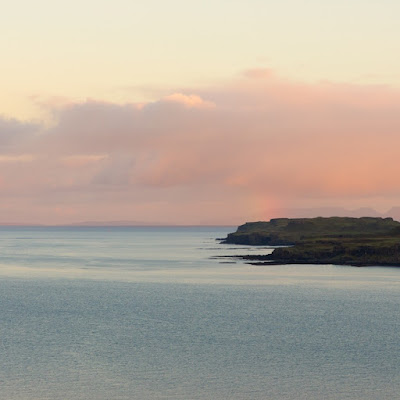 Sun rising pinks over Rum with an ice dog rainbow. 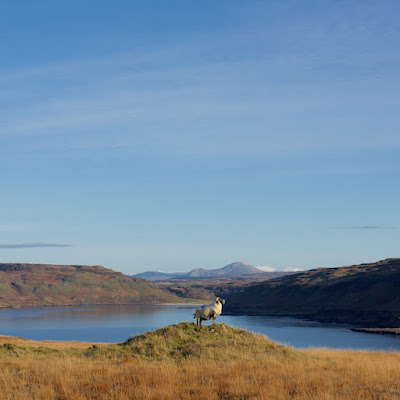 In charge of all she surveys?  All the in by fields have sheep in them with a varied assortment of brightly painted tups.  This ewe was on her own, sunning, on a knoll, with a perfectly still Calgary Bay behind her. 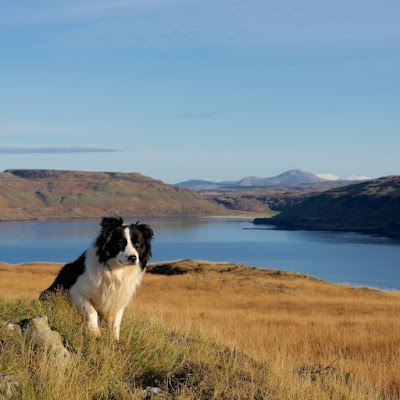 That ewe gave me the idea to get a memorable photograph of Cap.  This weekend we are going to look at a new sheep dog and if we like him he will join the team.  Cap has been top dog since he arrived at Treshnish in April 2007, just in time for lambing.  He is finding the hills a bit tough now, at the age of 11, so he can take it easy and do what he loves second to working with Farmer - playing with whatever toys he can find.  Thank you Cap. Farmer says he has been the best dog he has ever worked with. 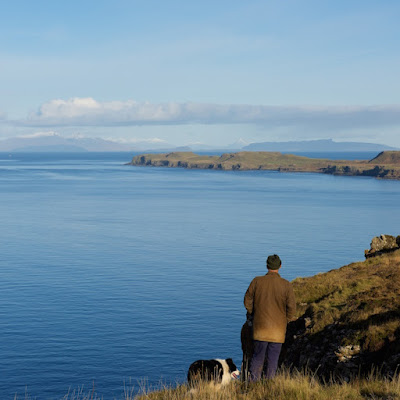 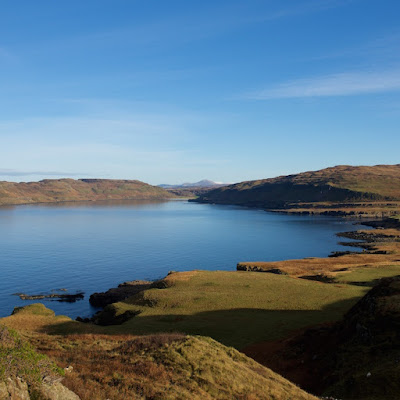 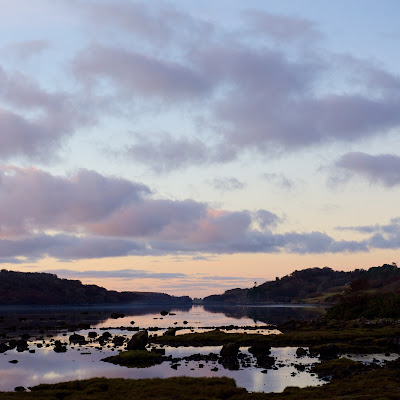 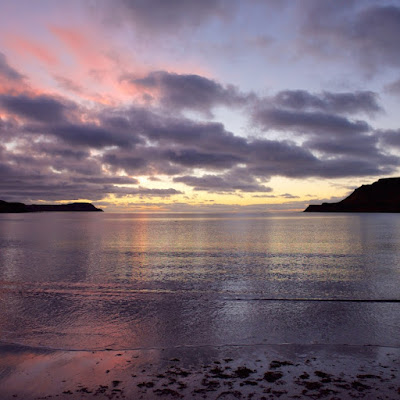 The Aurora Borealis is forecast for tonight, so I won't say any more for now. Except that it has been an incredibly beautiful day.