A walk in autumn 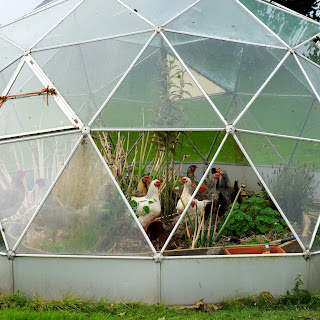 An unfortunate incident with a pick up truck in the garden, while we were on holiday (therefore not the Farmer driving!) meant the dome has had chickens in and out of it all summer.  Now with the winds starting up again, we have ordered some outdoor perspex to replace the missing panes. 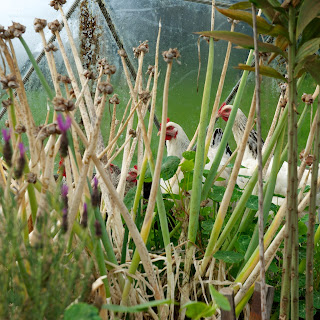 I chased them out. 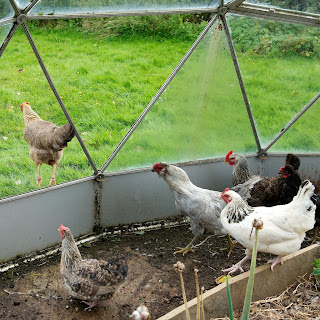 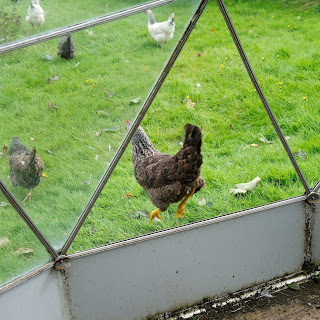 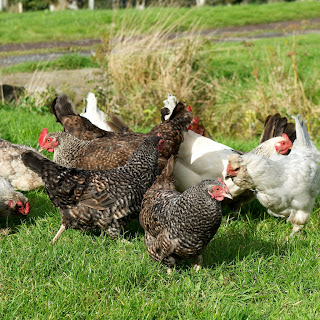 The dumpy hen in the foreground, above, is our oldest hen. I think she must be at least 8 years old, if not 9.  She is a Scots Dumpy hen, in the middle of her moult. 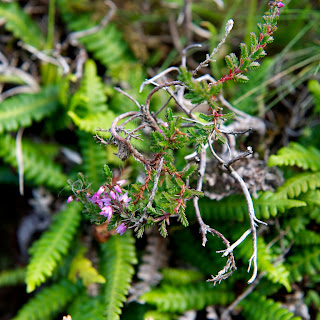 Along the track to Haunn. 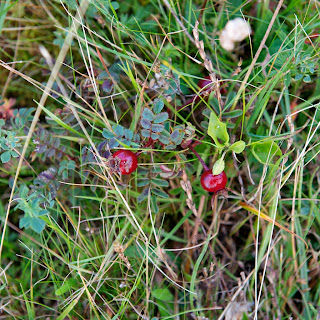 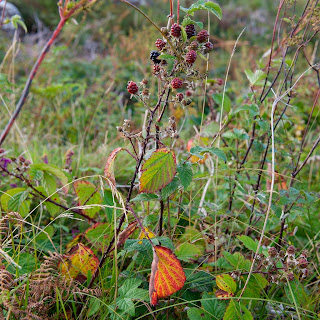 Lots of brambles in the Black Park.  Delicious for eating but a nightmare for Farmer as they become potential death traps for young sheep, who get caught up in the briars later in the winter months. 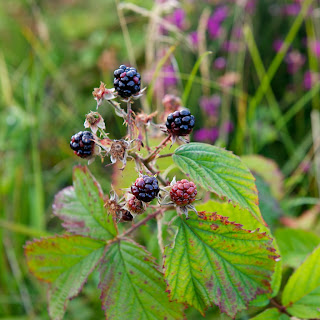 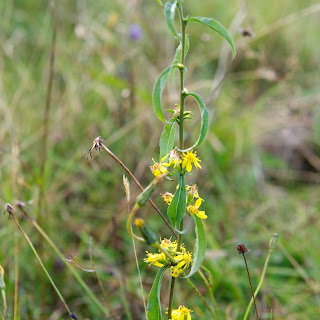 Into the field between Black Park and by-the-house.  It is so colourful at the moment. 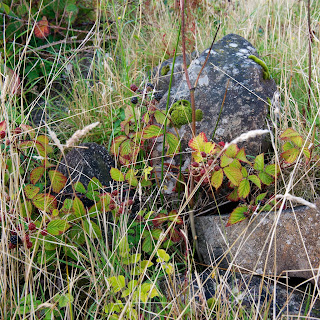 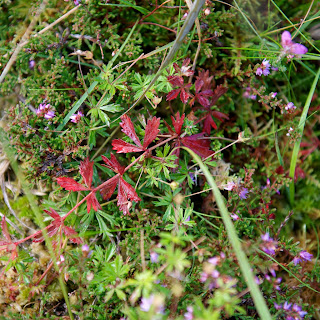 This is Dog Vomit Fungus. A prettier specimen than the one in our garden which has turned grey and mouldy now. 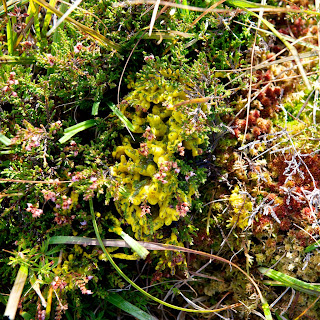 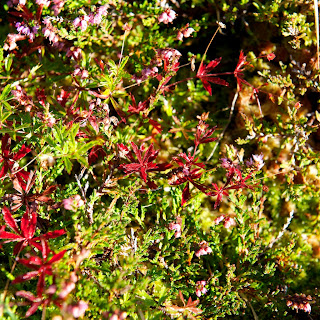 Duill enjoying the sun on its gable wall. 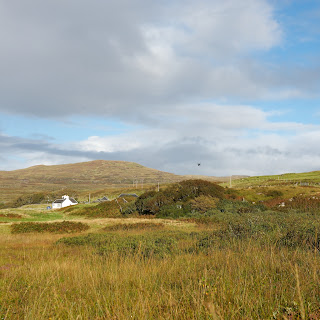 The ground is very wet after all the rain we had. 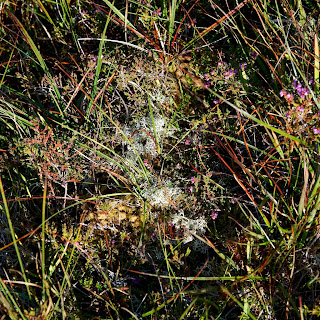 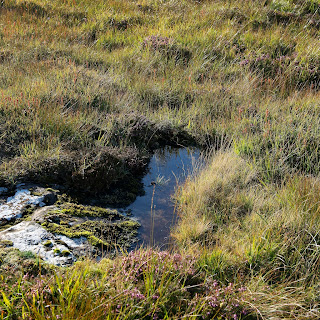 Under the bog myrtle... 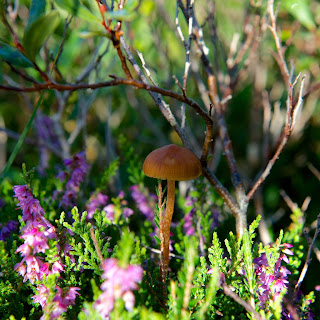 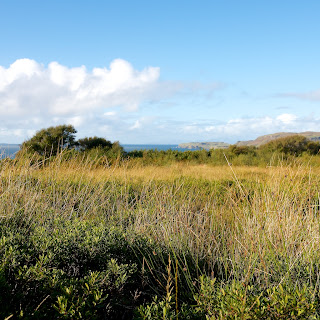 There are a couple of stags in the in-by at the moment, here is some damage to a young willow.  Coco was very interested by the smells around and about so I suspect they had been around quite recently.  We will soon be hearing the deer on the hill as the rut starts. 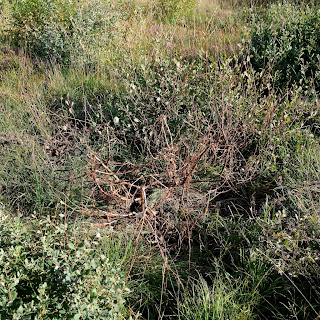 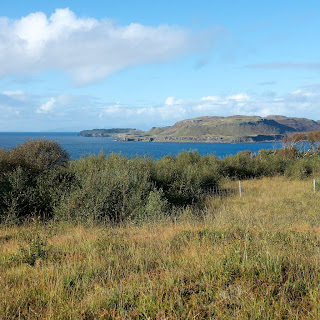 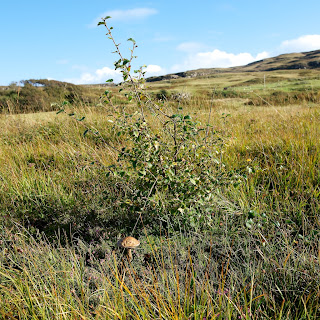