And up it goes.

It was a wild, wet and windy day for most of the day, not quite as dark as yesterday but with some interesting tropical downpours at times.

The installers - Border Hydro - did a fantastic job of ignoring the wet and cold conditions. They just got on with what needed to be done, as did Jim who was standing by with his digger, as did Farmer who dug out the cable close to Shieling by hand. 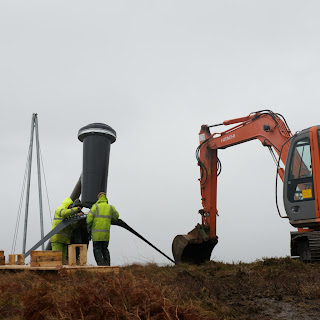 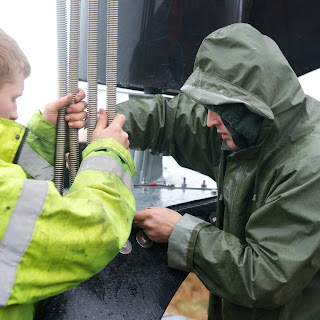 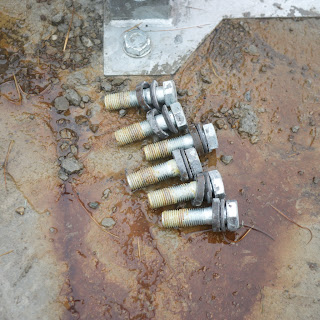 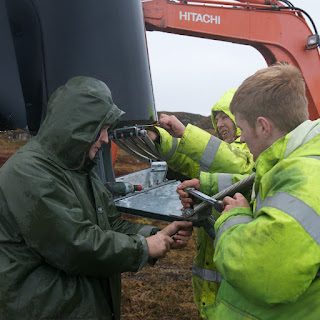 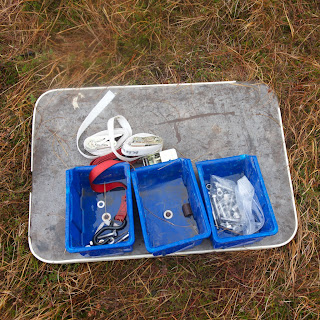 SSE provided John and Ian to connect the new electricity supply to the house. 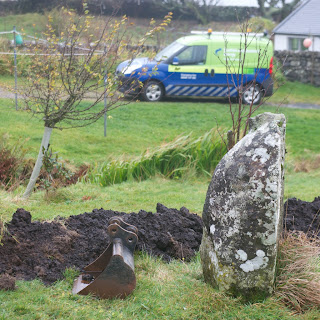 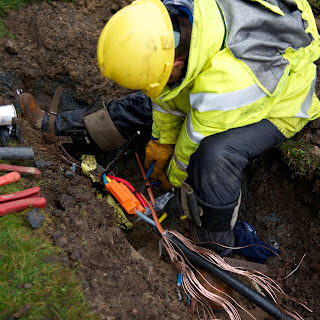 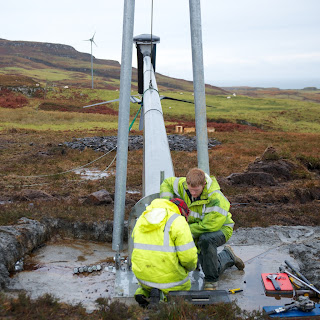 The Proven 6 in the background. This new one is a Kingspan 6 - only different in name - essentially the same machine underneath. 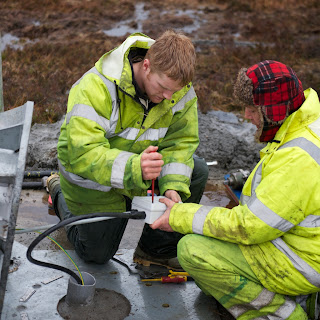 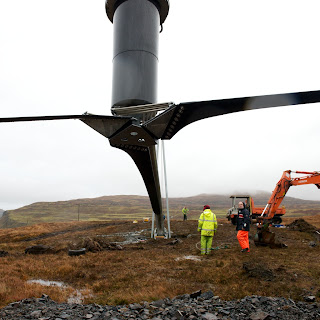 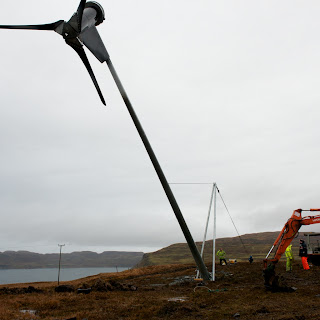 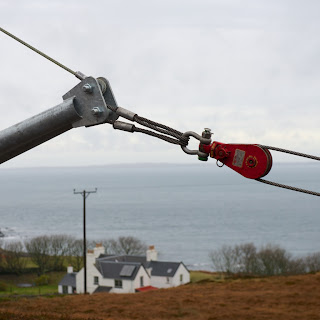 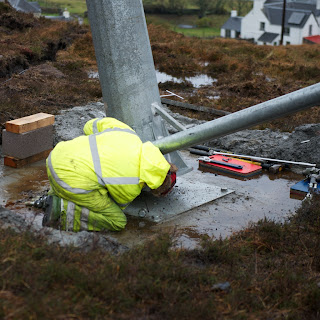 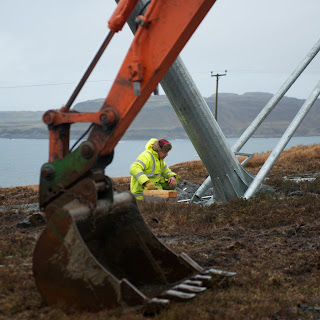 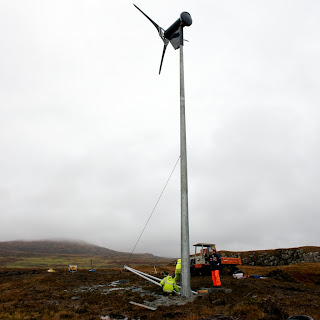 And thankfully, the wind dropped in time for the turbine to be raised into position, so that she could be commissioned. 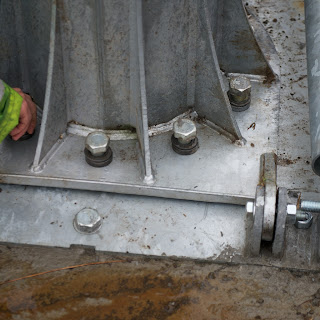 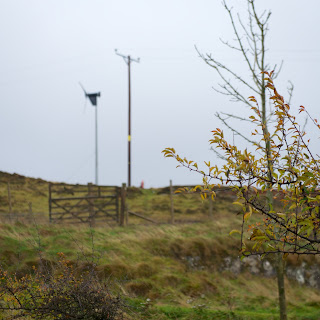 She looks great standing up there, and in satisfying visual proportion to the electricity poles that pass her in their regimented line.

An exciting step towards Treshnish becoming an equal supplier/user.  I cannot believe it is 7 years since we began on the quest to get to this stage - nothing is ever straight forward but it was worth persevering.

Sincere thanks to Border Hydro, SSE and On Site Generation - and to Farmer.
Posted by Treshnish at 13.11.12