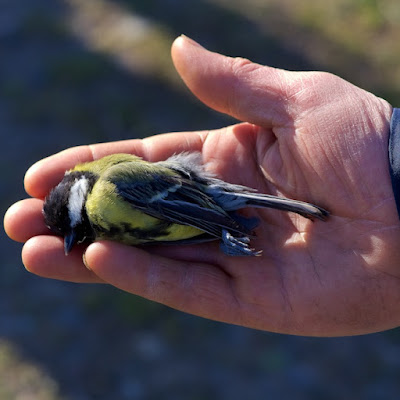 Farmer found the body of a Great Tit lying on the floor in the farm steading, under a window.  How sad.

Lambing is well underway now, with most of the ewes expecting twins having lambed safely.  The singles are always slower, but numbers are rising steadily.  Farmer is out before 6am - there are often lambs born early in the morning so it is a good time to pick up if there is a problem. Then off and on during the day he will check the fields at different times and always makes sure he gets along the coast at least once.  He gets in around 9pm from the last check of the day. 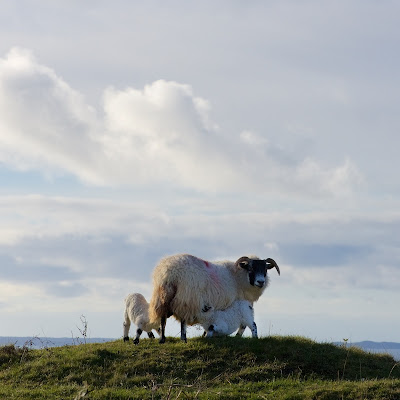 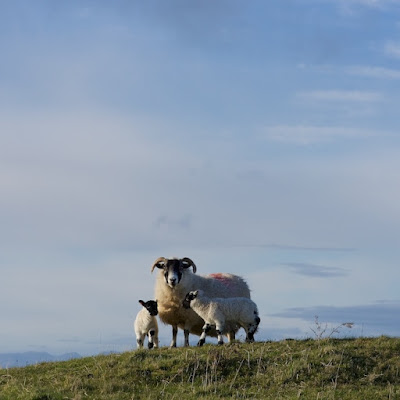 As the lambs get older they begin to be quite playful. It is sweet to see them chasing each other around the field, jumping off rocks and behaving like children rediscovering the freedom of the great outdoors. 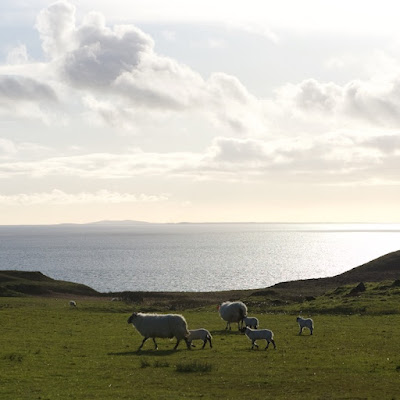 The fields are beginning to green up slowly despite the cold weather.  It may not have been wet but we have had a few days of bitterly cold winds, which is not kind to new born lambs so the emergency ward in the cattle shed has had a few patients over the last few days. 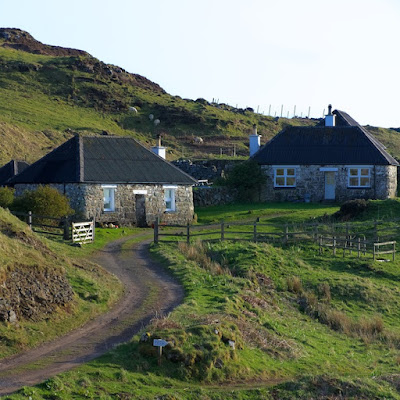 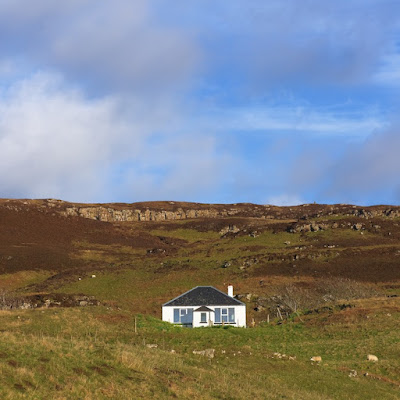 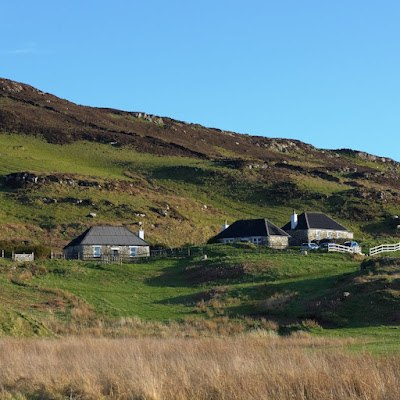 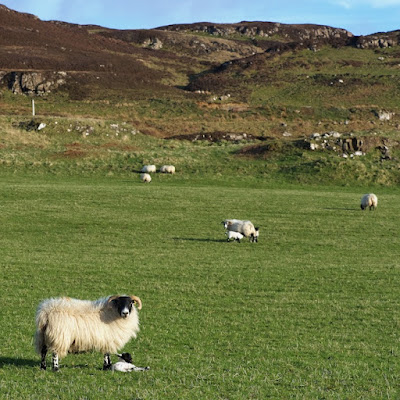 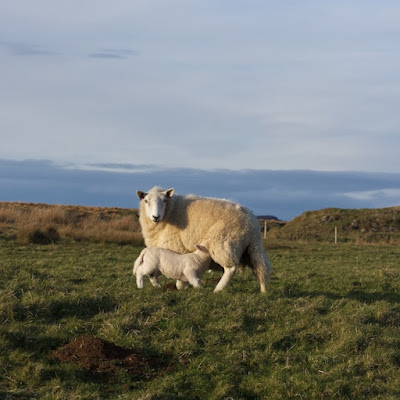 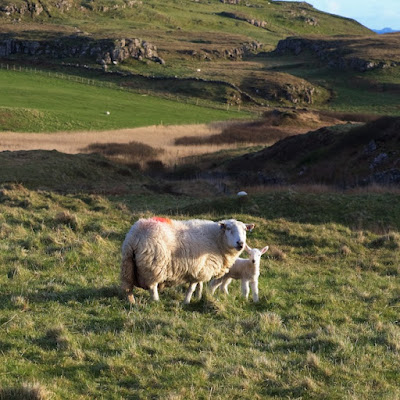 This is Alice, Teenager's pet lamb.  She was scanned for twins but has got only one lamb.  It is mostly likely to have been a scanning error, because Farmer would have found the other lamb dead.   Alice was born in 2009. 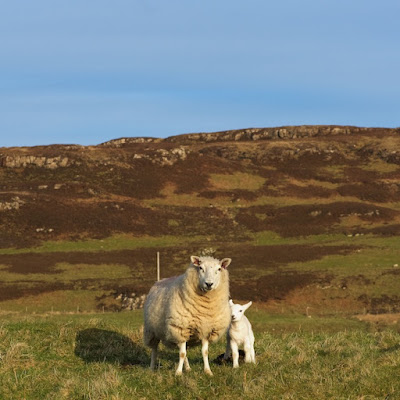 The ewes with numbers on are the first time lambers (called gimmers before the birth and ewes after the birth). Farmer had them in the cattle shed where he could keep an eye on them, as sometimes they need a bit of midwifery. 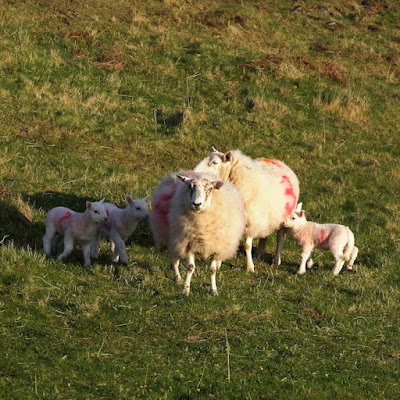 They are all very used to being fed so when he drives into the field on the quad bike, they desert their lambs and chase after him - confusion reigns!  Now the lambs are a few days older it is easier for them to keep tabs on where their mothers have done, but occasionally they get mis-mothered, and lonely lambs have to be returned to their mothers. 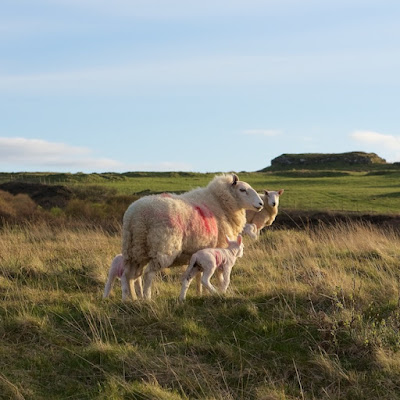 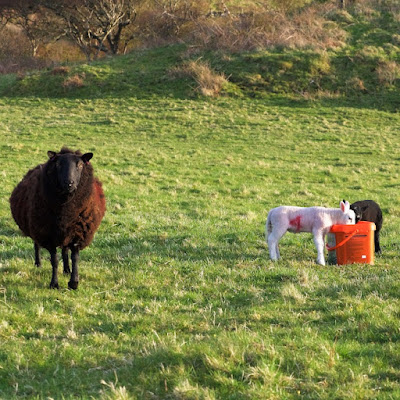 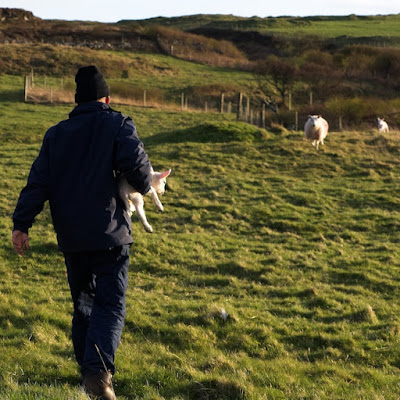 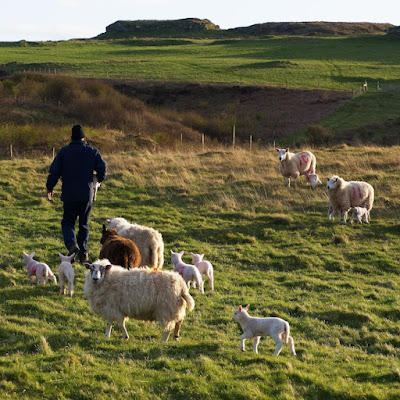 Yesterday we had the annual SRUC visit from the Countryside Management students. 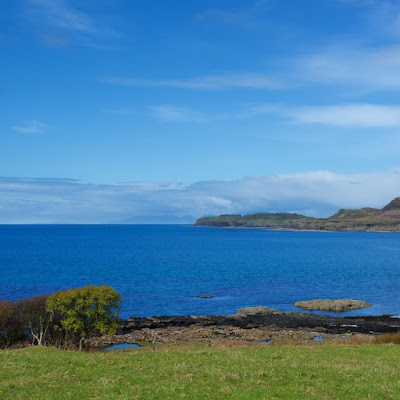 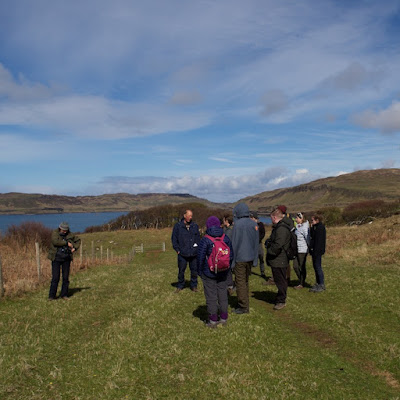 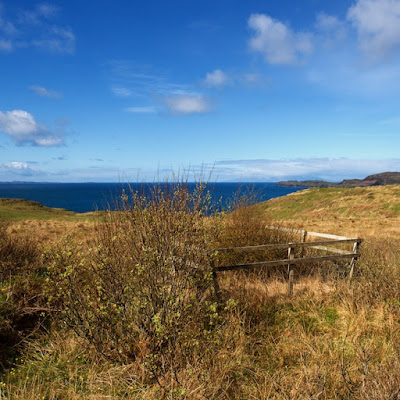 We are digging a borehole to make a new water supply for the Treshnish Cottages.   In the last blog I posted a photograph of some huge machinery stuck on the hill beyond the cattle shed.   Well, eventually JC (from Argyll Geo-thermal) managed to get it all up the hill and started to drill for water.   The yellow compressor alone weighs 8 Tonnes. 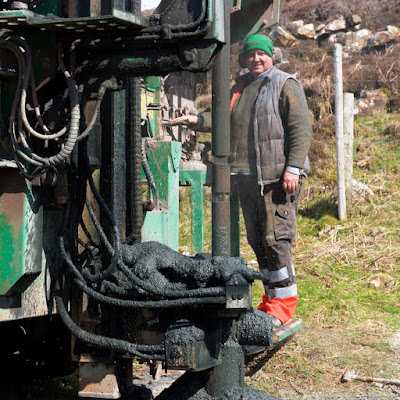 Two days ago, JC called us up to watch as he blew the pipes through to let water out!  It has got a bit of a way to go before we can drink it, but it is exciting to know he has found it.  The grey particles are dust particles within the pipe.  The whole length of pipe is blown out many times to allow the water to clear before testing. 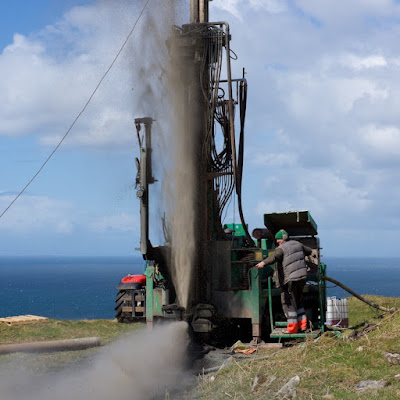 Today we went up to the drilling site again, and JC pointed out the different seams the drill has gone through.  You can see the different layers of red and grey rock.  The aim is to find water in a grey seam. 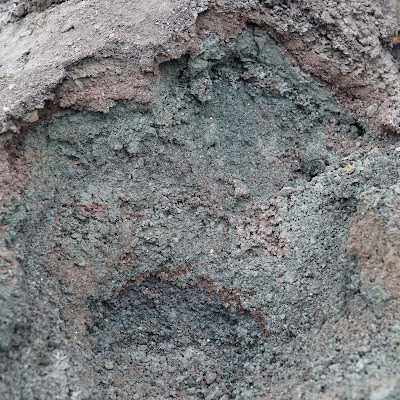 It will be a long time before it starts to come out of our taps as there is a huge amount to be done first -  lots of cleaning, measuring, testing, digging in pipework, connecting new tanks, connecting new filters, and more testing...! 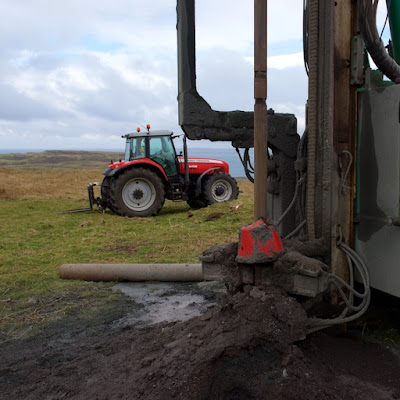 Another blow through of the pipes. 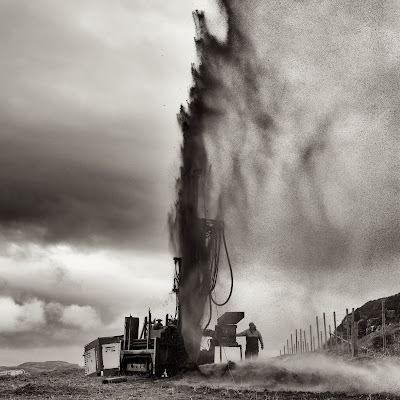 Listening for water.  It sounds like a tap gushing now. 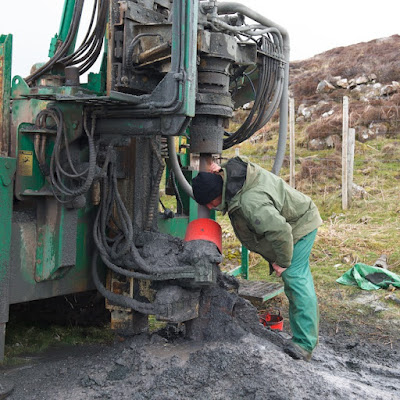