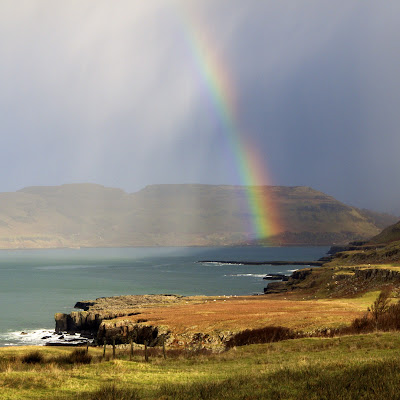 This is the Christmas blog! Our Christmas decorations are down from the attic, the tree went up today, and tattered Polish decorations hang in a window - the streaks are from the salt laden winds of 2 weeks ago. No point in washing the windows given the stormy forecast for Christmas Day. 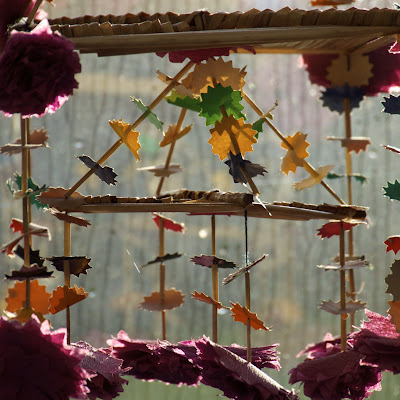 We certainly do not seem to be having the icy, snowy blast that we had last winter. The mild weather may not be as pretty to look at as the cold clear crisp solar days of the last 2 winters but it is easier to get around, and this year the Christmas play - a combined effort by Ulva and Dervaig primary schools - was actually held at the traditional time - before Christmas (rather than way into January with the children having to sing 'we wished you a Merry Christmas' etc etc). The performance had a Victorian music hall theme this year, with about 30 Victorian children all singing, dancing and quite a few of them playing recorders, cello, violin, percussion and piano! There were two raffles - one for a Hamper, kindly provided each year by a woman from the Ulva side of the hill; and this year the second raffle was for a painting of a Highland Cow by Graham Bruce - which we won! It is now hanging proudly in the farm office! 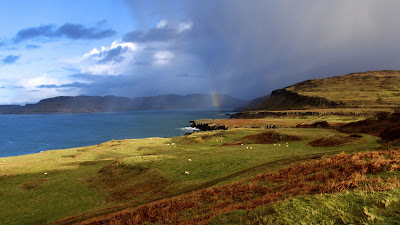 Last night was the Christmas Party at school, which was a lively occasion with lots of very excited younger children - wide eyed and enthralled when they heard the faint sounds of the reindeer bells, followed by the appearance of Santa in the classroom. (He wears green wellies every year whatever the weather). Lots of games including the most exciting one involving putting hats, gloves and scarves on to attack bars of chocolate whenever you threw a six; and before we knew it, it was 9.50 and time to go home. Thick thick fog on the top of the hill above Burg made the drive home an interesting one.
School finished at lunch-time today. One of the girls in primary 2 told me excitedly, as we were all saying goodbye and Happy Christmas at the school gate, that her mum had seen Santa's sleigh and ALL the reindeer outside the school during the party. The look on her face said it all. 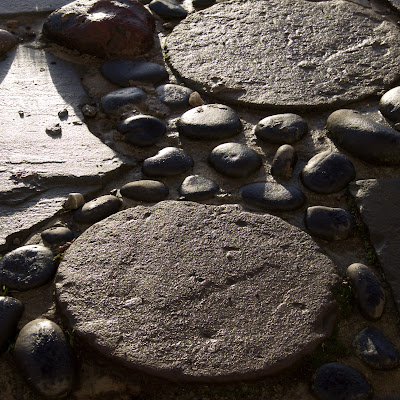 Mixed weather makes for great light at times, no light whatsoever on the darkest days. Today it has been another of those flat days with no sun, the feeling of there being no light, grey cloud clinging to the hills, reflecting in the grey sea. Damp and mild. And the wind is getting up now as it gets dark. The shortest day is over, which is always a hurdle well past. 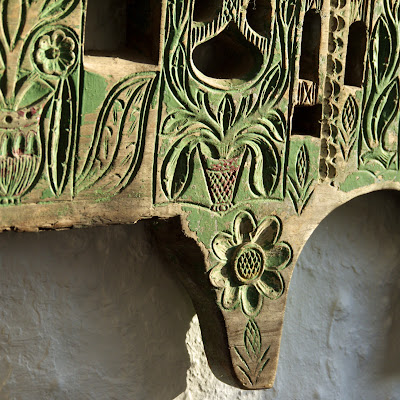 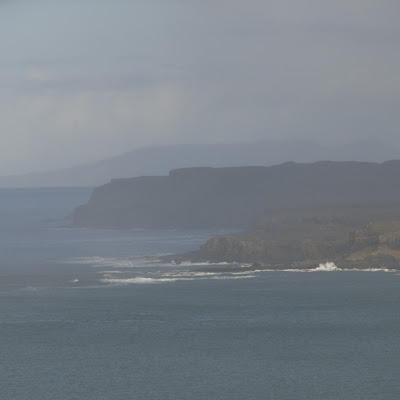 On the farm, the feeding regime is well under way. Farmer's back is sufficiently recovered that he can carefully lift a bag of feed again so he has been doing the feeding on these dark mornings. The cows are still outside but with the ground so wet, it is likely they will be brought indoors before long. We want to avoid poaching the ground or making a mess with buggy/tractor/quad getting to the fields to feed. 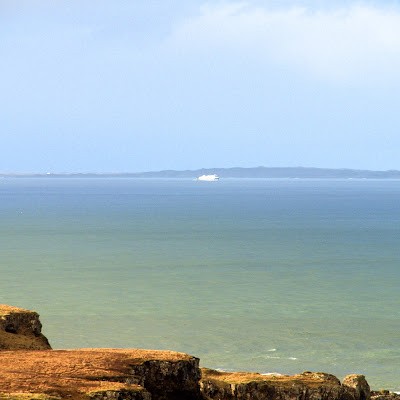 Sunlight hits the Tiree ferry heading back to Oban. 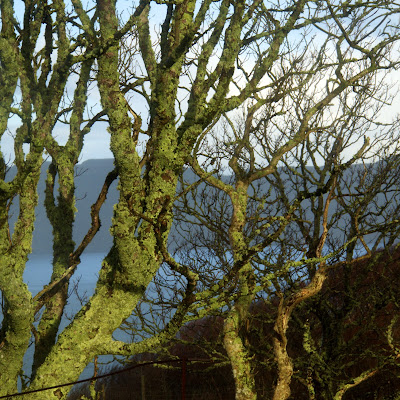 And sunlight on the trees outside my window with that magical about to rain light on the sea behind.
Sincere thanks to all the lovely visitors we have had staying this year and to everyone who visits the blog - wishing you all a very Happy Christmas wherever you are, and a Merry New Year.
Posted by Treshnish at 22.12.11